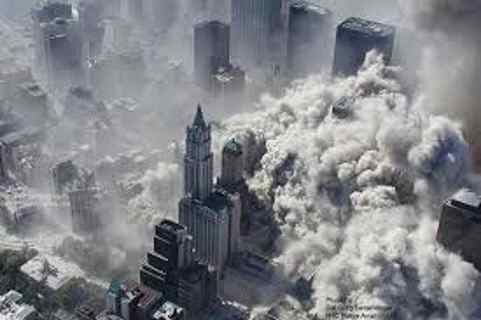 Terrorist attack in Paris is all over the news, and it should be, because it is something important, and we all should learn something from it, but do not let yourself be fooled and learn from it.

Freedom of speech is something that we all need to fight for, and this yesterday was grim reminder.

Over there in Paris people got simply attacked for something that should be normal for every man, to express his opinion about every subject. Freely!

The strategy of extremists is clear, divide society, so their idea of holy war can happen. When more people treat muslims bad, more muslims become radical. This strategy works and is why groups like ISIS grow.

Many people try to take advantage of situations like this. Some want you to be more suspicious of muslims, the government can approve new laws to control and monitor what we do more “to protect us”. Companies try to sell some services that they say keep all of us safer.

This is the big picture but some other things are more worrying. In my course and here I try to make people think a lot on local level.

People are killed in the middle of modern city. Those terrorist came out in the middle of the day, in combat gear, moved like professional soldiers (because at least one of them did spend time and probably trained in Iraq), and killed unarmed people without mercy.

They did not look like young amateurs, they looked like trained men, with objectives. They even got away with it in Paris. We do not talk about small village in mountain region somewhere in Turkey. We talk about Paris.

Stay aware, have a plan. No need to walk down street and look for places that provide cover constantly but know how to get out of situations and think through situations.

Terrorist acts like this bring chaos and uncertainty. All this also happened in country with strict gun control, but this is just something to take note of.

It is not strange at all, people simply feel less safe now, kids could not be safe at school, maybe you question if your workplace is safe, are we still safe to write and draw what we want?

And when whole bunch of people are afraid they are looking for someone who leads them, who tells them that everything is going to be fine. They look for promises and swift actions.

And of course they are starting to generalize things.

So situations like this are easy to take advantage of for someone to come up with promises about swift actions and better world and to lead masses.

Politicians will do this now and once SHTF and survival is becoming hard local leaders automatically take advantage of smaller “shocking” events too.

In situations like that when many are afraid it is easy to get swallowed by waves of emotions. Now is time to be either sheep or shepherd or even wolf.

Control your emotions. Put them aside and and monitor what all parties now do. The right wing, the moderate people, the fundamentalists. For survival you need to see clearly. Like in military operation put emotions aside and understand situation and interests of everyone involved or you become playball of those who pull strings.

It is not about hating one whole group of people, or one whole religion, because it is simply gonna be manipulation if you allow yourself that. It can make you blind to more “real threats”.

This might sound cruel now but a lot of “big” terror acts are only big because we just hear more about it than suicide bomber who killed 37 people in Yemen yesterday as well.

Real question is who and how do we „allow“ some group of people in the middle of nowhere to start launching attacks on our society where in the name of God and religion it is allowed to behead folks because they have different beliefs and different opinions, or women to be stoned because they said something wrong or got raped.

I simply can not beilive that some kind of organisation could not be bombed back in the stone age at the moment when world realizes they are dangerous for everyone. I hope terrorist attack in Paris is wake up call for many people in power to make things happen at the root of the problem.

I am not strategic genius, but I simply can not believe that it was impossible to defeat them right at the beginning of their growth. It shows what idiots with short term thinking run our countries.

People and organisation like those who did killings in Paris should be dealt with much earlier, and in much more „brutal“ way, instead of that, I can not escape feeling that they are being allowed somehow to bring slowly fear and chaos in our lives. They are like actors in the movie those in power direct. They are the bad guys and reason to justify a lot of the corrupt things governments do these days.

Just be careful, do not let your freedom of speech and thought get controlled by anyone. I repeat again, now it is time to see clearly and not ride waves of emotions.

It is responsibility of each and everyone of us, to think for ourself here. Do not let yourself to become one of the guys who are allow to be led by the wrong people, or ideas. No matter what are the names of ideas. They do not have to look like dictator. It could be popular talkshow host or media channel.

We all need to train to form our own opinions. When the time for real survival has come you need to make decisions fast and right decisions. If you never trained that you become victim of circumstances. Helpless and controlled by environment.

You survived but you are dead inside

Collapse Survivor: “There Was Little Room For Error… Either You Learn Fast Or End Up Dead”