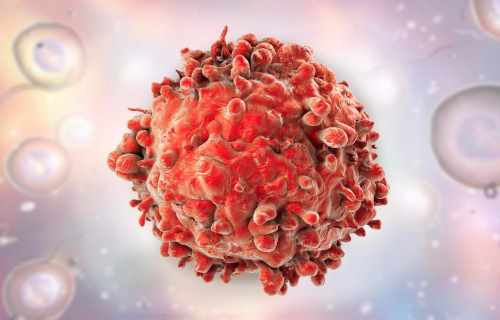 The World Health Organization has highlighted the potential danger of a deadly, as-yet-unknown pathogen.

Each year, the global health body convenes a meeting of senior scientists in an effort to put together a concise list of the most likely diseases to cause a major international public health emergency.

While it isn’t surprising to see viruses such as Zika and Ebola make it on to the list, this time around something unexpected has been added – a mysterious malady referred to only as ‘Disease X’.

As it turns out however, this unspecified disease is actually a placeholder.

“Disease X represents the knowledge that a serious international epidemic could be caused by a pathogen currently unknown to cause human disease,” WHO said in a statement.

With the potential for gene editing to produce a disease far deadlier than anything ever seen before, it is not difficult to see why health authorities are being advised to expect the unexpected.

“History tells us that it is likely the next big outbreak will be something we have not seen before,” said John-Arne Rottingen, chief executive of the Research Council of Norway.

“It may seem strange to be adding an ‘X’ but the point is make sure we prepare and plan flexibly in terms of vaccines and diagnostic tests.”

“We want to see ‘plug and play’ platforms developed which will work for any, or a wide number of diseases; systems that will allow us to create countermeasures at speed.”

Norwegian scientist and WHO adviser John-Arne Rottingen told The Daily Telegraph it represents the importance of flexibility in vaccines and diagnostic tests.

Disease X could arise out of man-made means rather than from nature.

It is feared that chemical and biological weapons are increasingly being produced and used.

And they could be especially dangerous because humans have not built up any resistance to them over time, so can spread rapidly.

The genocidal depopulation plan generally involves poisoning or sterilizing people through the use of chem. trails or water fluoridation. Agribusinesses transnational like Monsanto are often implicated in some sort of scheme to monopolize the world’s food supply so it can be easily tainted with deadly toxins. Just about anything that can be said to involve “chemicals” can be implicated in this nefarious scheme: vaccines, alleged covert geo-engineering schemes, genetically modified food, etc.

The WHO is worried a new international public health crisis could come from any direction.

“These diseases pose major public health risks, and further research and development is needed, including surveillance and diagnostics,” it states.

But a recent explosion in gene editing technology — such as CRISPR — has come at a bad time.

It highlights how post-World War II taboos against the use of nerve and poison gas, as well as weaponised bacteria and viruses, have been breaking down.

North Korea stands accused of using a nerve agent to kill the brother of their leader, Kim Jong-un.

Russia stands accused of using a radioactive substance to murder a former spy in Britain in 2006. It’s again been implicated in a nerve-agent attack on another spy, Sergei Skripal, earlier this month.

Syria — after promising to hand over all its chemical weapons several years ago — is once again being accused of unleashing toxic substances against its own population in towns and suburbs under the control of rebel forces.

The WHO points out that synthetic diseases will face no natural immunity in the world’s population. Nobody has ever been exposed to them before. So their immune systems haven’t found any weak spots in such a disease.

This means a deliberate outbreak is likely to spread fast, with a high level of fatality.

And the increasing ease with which genetic material can be crafted makes the likelihood of a ‘rogue’ researcher crafting biological weapons that much more likely.

How to Survive the Next Catastrophic Pandemic

Benefits of Medicinal Plants Used in the Treatment of Liver Disease

Know! CBD – Miracle in a Bottle or Modern-Day Snake Oil? — Every Question You Have About CBD—Answered

The Miraculous Drink That Cures You Of Cancer And Other Diseases – Cancer Cells Die In 42 Days : This Famous Austrian’s Juice Cured Over 45,000 People From Cancer !!