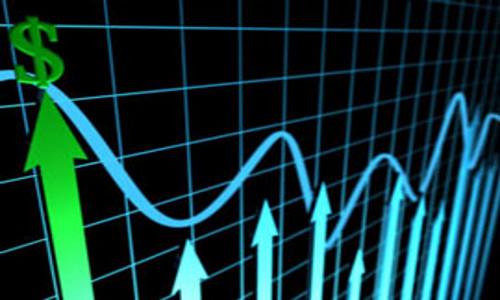 The following analysis has been contributed by Wealth Research Group

We are living under a fiat currency system. Essentially, currency supply comes into existence as debt or credit that must be repaid. The more our society grows, the more currency we need and the more debt we issue. 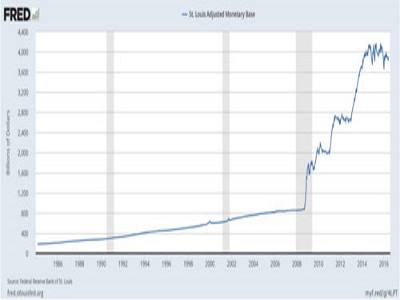 This allows for tremendous opportunities, but not for everyone. In fact, the little guy gets the short end of the stick every time.

The concept I am about to share with you will impact your decisions going forward. Economies work in cycles, and are affected by two main factors – productivity and debt. When economies are prospering, incomes rise, individuals and businesses borrow in order to enhance their growth, and the currency supply is increased. This, in turn, raises asset prices, creating a “wealth effect” – everything you own is priced higher. Everyone feels great. This is an exciting time for individuals who capitalize on the situation and are able to increase their financial situation and avoid debt. At some point, debt from new loans to buy houses, cars, education, vacations, credit cards, and business loans exceeds the rate of productivity. Debt increases at a faster rate than incomes rise, and the cycle reverses.

Now, the economy is de-leveraging, and debts have to be repaid, so people sell assets that they own to pay back what they owe. Prices of all assets diminish, creating a contraction in the economy. This is a rough time, and could be catastrophic if not managed correctly. In 2008, the debt levels reached the peak of the cycle, and we began to reverse, but central bankers, along with government officials, weren’t about to allow the entire debt system to collapse. Instead, what they seek to create are enough new currency units, by issuing new debt, to replace old debts that are being repaid. This is what a stimulus is all about. By issuing new debt, they hope banks would loan to individuals and businesses, and the debt cycle reverses back to “growth.” They began by lowering interest rates to historically-low levels. This was designed to entice us to borrow at attractive rates. When that stopped making a difference and the economy kept contracting, they created Quantitative Easing, which is new debt issued by the Federal Reserve in exchange of government bonds, which then circulate to government contractors and the general economy, until it reaches the private sector. It was working in the short-term, but mostly the institutions were enjoying the benefits, since this cheap credit reached them before it reached you and me.

Now this monetary policy is fading away, and the cycle still isn’t reversing. This system works fine, until productivity rises slower than debt, and then the incomes we produce can’t cover our borrowing as a whole. The governments and central banks are eager to help create new jobs and increase the spending of the private sector. They can’t lower interest rates anymore, and they can’t issue new debts on the government level through QE, so what’s on their mind?

Creativity is a wild human adventure. Throughout the centuries, we have managed to do very imaginative things with the right purpose at heart, but with insufficient data to back that up.

A classic example is trying to control prices. During many crisis situations, the governments, in their attempt to allow the poor the ability to buy bread, cap the price of it. Bread makers can’t make a profit at low prices, thus they halt production, while demand is highest, and a black market arises with free market pricing, which the poor can’t afford at all. So, you see, the old proverb is right: “The way to hell is paved with good intentions”

While I can’t predict what central bankers will do, I can assume, using the past as my guide, that a good-purposed “imaginative stimulus” is about to commence, and this option will shock you.

If giving credit to governments in order for the funds to make their way into the private sector didn’t increase spending,we might be on the verge of an era where money will be given directly to citizens to spend as they see fit. Yes, get ready to open your checking account in the morning and see that the grocery bill, mortgage payment, or car loan payment are taken care of, courtesy of Uncle Sam. If you think this is far-fetched, think again – it’s already being discussed by think tanks of the large international institutions, like the IMF, World Bank, and the G-7. This stimulus is dangerous in so many aspects, and is inherently highly inflationary.

What is very unique about the economy today is that the massive, newly-created debt didn’t materialize to inflation yet. Every person who gets a 5-minute explanation of inflation would reason that it should have been here by now, yet deflation is a stronger force. 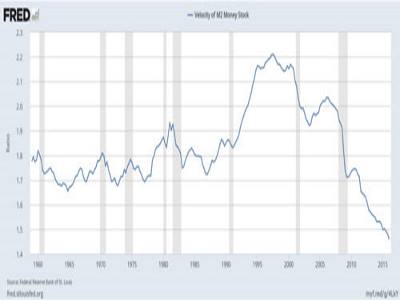 Remember, inflation is the result of new debt, coupled with spending. Today, we are closing matured debt, issuing new debt instead, and the people are saving instead of borrowing.  This is a major concern for central banks, and they are certainly out of conventional options.“We are in uncharted territory,” as Madame Lagarde told Davos World Economic Forum attendees just a few months ago. And if the person in charge of the International Monetary Fund (IMF) is in awe of the situation, imagine the consequences.

RELATED : 120+ Survival Tips That May One Day Save Your Life

If central planners pull the trigger on the next stimulus policy, we will be swimming in new debt, and if they don’t, we will be drowning in deflationary trouble. Either way, prepare for chaos.