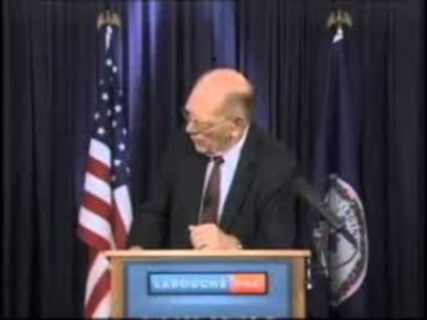 While the European and American economies are on anaccelerating path to collapse, and the escalation of world war persists, all opposition to the instrument of this process has been removed when the Democratic party recently rejected running an opposing candidate against Barack Obama .
That, along with equally ridiculous lack of competent leadership coming from the Republican party sets us up for a continued Obama Presidency, Economic disintegration, and Global War.
This being the case, Lyndon LaRouche will intervene  to address the American people in this time of crisis, how to turn this process around in what presently looks like a hopeless situation, and as Mr.LaRouche declared , this means the situation is in our hands:“First of all, there is now an understanding between the Democratic
Party and the Republican Party, of a very peculiar type, in which no one in the Democratic Party is going to oppose Obama. They’re shutting up, they will not oppose Obama. What happened in the meantime, which is the reason the British were in a rush on this with Obama, was the intention was to use Europe as a key part of the alliance for attacking Russia, China and so forth. Because this war was not intended to be a war of Israel attacking Iran! The attack by Israel on Iran was intended, but it was intended for the reason to have the attack on Iran trigger a chain reaction set up, for a thermonuclear attack by the United States and its allies, in this operation against Russia and China.
So what you’re looking at, is a full-scale thermonuclear war attack, on Russia and China, and others. That’s the intention.
The British and the United States are thermonuclear powers; a war between the United States and these nations in Asia, is a thermonuclear war, which means, if it actually happens, would be a virtual extermination of much of this planet and the people on it. But the British are determined to carry that out, and Obama is their instrument.

But now, the Presidency of the United States is in the hands of a fascist pig, and the Democratic Party, man for man, among elected Democrats, is not going to do anything now, to oppose Obama:
They’re going to support Obama! That leaves the problem in our hands. There {is} no one else we
can depend upon, except those who prove themselves willing to
do so.” 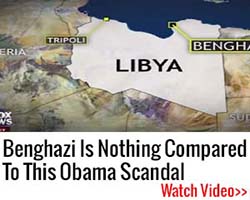 Will This Secret Weapon Wipe Out America? Cause Catastrophic Damage To The Nation’s Electricity Grid, Resulting In Long-term, National Power Outages