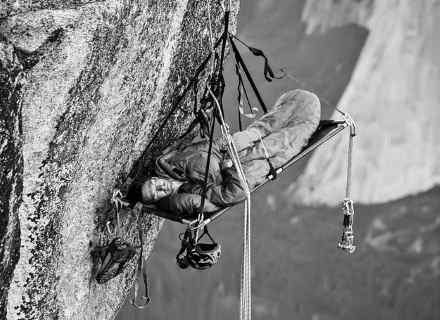 Editor’s Note: Do you want to know what life is like when your country, state or city transitions from relative peace and prosperity to a land plagued with violence, murder, bombing, kidnappings for ransom, and the absence of law & order? We need only look to our southern neighbor, Mexico, where tens of thousands of people, many of them innocent bystanders, have been killed over the last several years. The majority of the blame falls on drug cartel activity, but has its roots in the collapse of the country’s economy due to corruption and greed. While the United States is not nearly as dangerous as Mexico, with millions of people in this country being forced out of jobs, out of their homes, and into poverty, much of what we see happening there today may be ‘normal’ on our own streets in just a few short years. When the danger is right outside of your front door, how will you survive? The following strategies and tips can provide you with some effective methods for keeping your family safe in a world where insanity rules the day.

When most people consider a wide-spread SHTF scenario, scenes from Mad Max and The Walking Dead flood the mind.  But some in the preparedness community are starting to believe that we might not experience a full out collapse, but a partial collapse that would be experienced in pockets throughout the USA.  Regardless of what type of collapse is in the future, the truth is that this generation(s) hasn’t experienced anything resembling a time when the danger outside the front door caused normal citizens to pause before venturing out.

But where we haven’t experienced this type of world, people in other parts of the world, including our neighbors to the South have.  This article has been contributed by a Mexican citizen who lives in an environment where going out the front door requires constant operational security (OPSEC).  The article provides you with a short history of how things came to be so bad and ideas on how you can keep your family safe.  You probably won’t agree with all the ideas, but remember, this is coming from someone who has experienced this lifestyle for years.

My family and I live in Monterrey Mexico. This is one of the most important cities in the country. It is a key industrial, educational and financial center and holds the distinction of being the city with the highest income per capita in Mexico. Monterrey was rated by Fortune magazine in 1999 as the best city in Latin America for business and is currently ranked third best by the America Economia magazine. Monterrey´s people have the reputation of being very family oriented, focused on work and education and have a no nonsense attitude. Historically, Monterrey had been one of the safest cities to live in. People from all over Mexico, Latin America and even Canada and the USA, would send their children to study in the top notch schools in Monterrey as they knew their kids would be safe here.

We moved back to Monterrey,  after living 10 years in the USA. We wanted our young children to get in touch with their roots and to fully experience what it is like to live close to all your extended family. Our parents were getting older and we wanted them to enjoy their grandchildren as well.

At the time of our return, you could start hearing conversations in social gatherings about the violence increasing in border towns south of Texas like Reynosa, Matamoros and Laredo. Everybody knew that the violence was caused by drug cartels, but in Monterrey, everybody thought that crime would remain contained in those cities. A couple of years latter however, people started telling stories of drug peddling and drug related incidents staring to happen at Clubs or “Antros” as they are known here. El Barrio Antiguo or Old Neighborhood in downtown Monterrey was the party center on the weekends for young adults; very much like Bourbon Street in New Orleans. People speculated that those clubs were controlled by organized crime, but as long as things were relatively under control, it was perceived as an acceptable reality associated to all modern growing cities.

But soon after, other things started happening for the first time in Monterrey, things that in the mind of the locals only happened in Hollywood movies like: drive by shootings and car chases, robberies, kidnappings and extortion.  People were not use to hearing about these kinds of events in Monterrey. Panic grew rampant as the local authorities tried to invalidate and diminish the incidents. After a while, it was evident to all that this problem had been brewing for decades, due to government corruption and collusion with organized crime as well as a total lack of expertise to deal with now well-armed criminals.

The police forces were infiltrated and many of their members were actually on the payroll of the drug cartels.  The number of armed carjackings shot up insanely fast in the city, to the point where it was a gamble just to go to the grocery store or drop your kid at school. People talked about how bad it was getting, but the authorities kept stating that the perception was much distorted and that the numbers of reported crimes was very small. This was partially true as the common citizen knew that many of the members of the police forces were actually involved in the crimes, so reporting it was a moot point and perhaps even dangerous as there could be retaliations from the criminals.

The drug cartels started to diversify their activities and expanded into other areas. In the beginning you would hear of a friend of a friend who got carjacked, extorted,robbed or kidnapped. However, after a while it started to get closer to home. Unfortunately, direct relatives and very close friends started being the victims of these crimes to the point where people started moving out of Mexico altogether if they could afford it.

In early 2008, President Calderon sent Army troops to try to regain control of the cities in the states of Nuevo León (where Monterrey is located) and the state of Tamaulipas. The troops were received like heroes by the citizens while local authorities, even the good ones, were not thrilled about the presence of the Army on their turf.  Personally, I was thrilled to see them arrive in Monterrey; no one really trusted a lot of the members of the existing local police. Calderon´s strategy was to attack directly at the heads of the criminal organizations and to dismantle their structure. This kind of frontal attack caused many casualties and also the splintering of criminal groups into less organized, but more violent smaller cells. For the next couple of years, crime rates soared to incredible levels as the authorities rushed to purge local police forces and create a new centralized state force with better educated individuals who were better trained, better compensated and were viewed by society as a genuine police officer that was truly there to serve and protect.

Citizen groups and NGO´s started demanding results from the authorities and started getting increasingly involved in the planning and the monitoring of security strategies and programs. Increased citizen participation has been a positive consequence of this all too negative security situation.

We never kept our children isolated from what was happening. We were going against the more prevalent philosophy of “don´t tell them as they will get unnecessarily scared. This is only temporary.” We had chats with our children that were adjusted to their ages when all this started. We did have to deal with some occasional night scares, but that happens even if they watch a movie that might have a scary scene. We also found out that even with our smallest child, his friends were talking about the security situation at school. Our kid had the advantage of having reliable information from his parents rather than the information mixed with fantasy he was hearing on the school playground. During these chats we asked them to speak their mind and express their fears or concerns. Then we would tell them how we, as a family, were going to address those concerns.

While all these events are still going on, we must carry on with our family life as best as we can. We have to go to work, go to school, visit family and friends and attend our kid’s sporting events. As a result of the situation and our experiences, we have implemented some strategies that might be of help to you and your family in the event of a social, economic or natural disaster.

We believe that the best way to prevent being a victim of crime is to avoid unnecessary risks and to have an action plan. Here are some ideas that we implemented and that you might find useful:

It is important to keep in mind that even if some of the crimes shown in the news are horrific, most of the victims are criminals. According to statistics from the American Chamber of Commerce in Mexico, 90% of the victims of murder are cartel members, 7% are law enforcement personnel and 3% are civilians. Monterrey is still safer than many large cities in the USA, like Detroit, Memphis, New Orleans and Orlando when comparing number of serious crimes/100,000 people.

I certainly hope that things will improve.  You can see that the performance metrics are heading in the right direction, but I am sure they will never get to the low levels of yesteryear. Nevertheless, Monterrey and Mexico, as a whole, is a fantastic place to do business, live and raise your family.  You just need to be conscious that you live in a city that is home to more than 5 million people, and that the overwhelming majority are law abiding citizens that just want to work, live, grow and enjoy their families. The current authorities and Mexican citizens are doing much better at trying to resolve this multifaceted challenge.  We know that it can only be improved if all stake holders get involved and do their part. It will take time, but there is a very tangible effort being made by society at large to improve life and opportunities for everybody. Nowadays in Mexico, apathy towards societal issues is no longer an option. We have learned that if people keep silent, unaware or uninvolved, problems don’t go away.  This is a big part of what got us where we are now.

This article has been shared with our community by Todd Sepulveda and was originally published at Education That Matters, a web site dedicated to preparedness and post-collapse education. Todd is the publisher of  The Preparedness Review, a quarterly archiving project which he has made available for free in an effort to spread the knowledge and skills contributed by many experts in the fields of preparedness, education and self reliance. You can follow Todd’s widely read and regularly updated survival and preparedness recommendations at The Prepper Website daily.

Coming To America: Disease and Violence