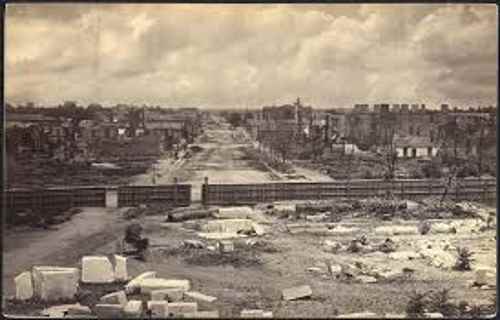 Stay Tuned For More Upcoming And Devastating Events ! Wake Up Before It’s Too Late

End time events will continue and increase in strength. Be witness of how the earth is crumbling into pieces by devastating tornadoes, erupting volcanoes, massive earthquakes, war and never ending floods. Stay tuned for more upcoming and devastating events.

During the 20th century, the use of several new weapons technologies were predicted to be so terrible that they would effectively suppress warfare. Possibly the invention of nuclear weapons? Since they were first used, a smaller percentage of the worlds population has been killed in warfare. Examples include the machine gun and the bomber aircraft. Nuclear weapons finally fulfilled this promise, leading to the longest period of time without warfare between major industrialized countries in the last several hundred years. Nuclear weapons eventually led to the anti-strategy of “MAD” – mutually assured destruction – which is still in place today. Indeed, it is arguable that MAD will keep tensions between Russia and America from spiraling out of control, as such conflicts have done so many times in the last two centuries. It seems that instead of investing our energies in creating weapons, warfare and destruction we should instead be planning for how to survive the truly horrific events of nature that will eventually put humanity on the very thin line of survival. Top Secret Weapons — A Top Secret Lethal Weapon of the CIA Causes Heart Attacks

In order to be classified as a disaster, it will have profound environmental effect and/or human loss and frequently incurs financial loss. Dust Bowl and Great Depression

WARNING : Larger earthquakes in southern California have occurred more frequently in the past than had previously been thought. A 6.0 to 7.0 Richter Scale quake is predicted for both Los Angeles and San Francisco sometime soon.

Rumblings and analysis in the Cascadia zone of the Pacific Northwest suggest a major quake or volcanic eruption could occur there anytime.

In the last two years, the Federal Emergency Management Agency (FEMA) conducted two of the largest disaster drillsever organized in anticipation of a massive destructive earthquake, both in THE NEW MADRID FAULT ZONE surrounding the Mississippi River. This is the area of the strongest earthquake in known history.

There is speculation that there could be a quake so large there that it could radically change the land mass with a separation of the continent by a large body of water from the Gulf of Mexico to the Great Lakes. This would disrupt or end the lives of millions. NASA Scientist Predicts Food Riots, Mass Deaths And Super Earthquakes Due To Extreme Cold 30 Yr Period.

WARNING: There are presently several volcanoes around the world on Level 8 Alert, the highest level. Just one of them could cause a “volcanic winter” with its ash plume if there is a massive eruption. Winter conditions could continue through summertime with bitter cold conditions and limited crop production resulting in famine.

URGENT: For some while there has been a highly dangerous volcanic situation in the Canary Islands near Africa. This volcano is expected to start an underwater landslide any time from now to beyond our own lifetime, that would cause a “Mega Tsunami”. A wall of water as much as 150 feet high or more and a few miles deep would be generated, traveling across the ocean to hit the entire seaboards of eastern North and South America, western Africa and western Europe. Civilization would be destroyed for miles inland. Click here for the details of this major danger, which would effect all Atlantic coastal areas to a greater or lesser degree.

It is reported that FEMA has accumulated millions of MRE’s (“Meals Ready To Eat”), blankets, first aid kits and other disaster supplies in amounts much beyond their normal stock, all stored along with barracks style housing at their resettlement camps in various locations around the United States. However, they do not have near enough to feed and care for the entire population.

Weather-related disasters, such as floods, famines, fires and storms, destroyed nearly 10 percent of the world’s rice, wheat, corn and other cereal crops between 1964 and 2007, according to a recent study led by University of British Columbia (UBC) and McGill University researchers. Droughts and heat waves, which caused the most damage, resulted in three billion tons of cereal production losses during that time. Famine, disasters, terror attacks, riots and looting will take place Across the Country – Time To Leave the Cities or be Prepared to face the Consequences

With the planet’s rumbling with greater intensity, the expansion of sinkholes, especially the one in Louisiana, the signs of what may possibly be a very rare planetary polar shift in progress, and the increase in space debris coming at our planet, it seems the Earth is entering a time of major changes. A sudden powerful geophysical event could be very destructive. It is important to be aware that one or more major disturbances of nature could cause very serious food shortages. Food stocks are already drastically low in most areas of the world.

Famine is often considered one of the worst natural disasters on Earth. Its effects are widespread, and the damage caused by a famine can last for months, if not years. Often times caused by other natural disasters, it can destroy whole villages, and cause mass exodus. Death by starvation and malnutrition is slow and painful, and often hits the youngest and the elderly the hardest. Unfortunately, at times it is brought upon by political incompetency, and cruelty towards others can exacerbate the situation. Below are 10 terrible famines experienced throughout human history.

The study, published in the journal Nature, found that the effects of dry spells on crops were greater in developed countries than developing countries. North America, Europe and Australia lost about 20 percent of its crop from droughts since 1964 while Asia lost 12 percent, Africa 9 percent, and Latin American nations experienced no significant effects.

“Across the breadbaskets of North America, the crops and methods of farming are very uniform across huge areas, so if a drought hits in a way that is damaging to those crops, they will all suffer,” first author Corey Lesk, a recent graduate of McGill’s Department of Geography, said in a UBC press release. “By contrast, in much of the developing world, crop systems are a patchwork of small fields with diverse crops. If a drought hits, some of those crops may be damaged, but others may survive.” Have You Ever Imagined Your Life After Armageddon ? How Will You Stay Alive? How To Create An “End Of The World” Survival Kit

URGENT WARNING: There is much information being discussed about several possible events – an Electro Magnetic Pulse and power outage, magnetic pole changes, a geophysical shift, massive earthquakes and volcanic eruptions, entry of our solar system into a dangerous debris field of meteors, a “Planet X” coming through our solar neighborhood — some major change in our solar system that may cause serious disruptions of the sun and Earth with devastating effects to come, perhaps very soon.

What if transportation were interrupted for an extended time by a calamity? Grocery stores and the average household have only enough food and water on hand to last a couple days if the supply chain were interrupted.