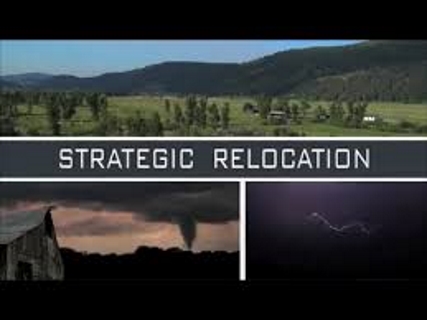 Alex Jones, founder of alternative news networks Infowars and Prison Planet, presents a full-length documentary/presentation with Joel Skousen, author of Strategic Relocation, North American Guide to Safe Places and The Secure Home, to discuss the long-term threats facing Americans and how to relocate for safety and security. Joel and Alex examine the information within Strategic Relocation including the effects of natural disasters, nuclear war, long-term power failures, large-scale social unrest and police state tyranny. They consider the pros and cons of countries around the world but give particular emphasis to the state and provinces in the US and Canada. Joel also describes cost-effective ways of securing a residence to protect yourself and your preparations. (source)

We are only as free as we believe we are. We are in denial, we don’t see the signs that are staring directly at us, keeping our minds turned off and busy with all the mundane affairs of daily life. If you would like to know the truth and wake up, it’s too late, removing your blindfolds and pulling your head out of the sand will only show that reality is already here and very clear.

There are approximately 600 FEMA Camp prison sites around the country (and more literally popping up overnight). They are manned, but yet do not contain prisoners. What is going to be the nationwide panic to kick-off point to put these facilities into operation?

FEMA camps are a restricted area and surrounded by full-time guards, surrounded by miles of fences with the top razor points all directed inward. There is a railroad track that runs into the perimeter of this fence in all Camps. The loading docks also hold several railroad cars which have been manufactured in Oregon and outfitted with shackles.

FEMA Camps usually are in remote areas or have large mounds of dirt surrounding the central area so the area is not visible from the road. There are white vans as well as Police cars constantly patrolling the several mile perimeter of the areas, and will came out and greet you with a friendly wave if you come close enough to actually view the camp and follow you until you leave.

We just don’t care enough to find out the real truth, and settle for the hand-fed stories that come our way over the major media sources television, radio, newspaper, and magazines. The time is fast approaching when we will be the ones asking “What happened to our freedom? To our free speech? To our right to protect ourselves and our family? To think as an individual? To express ourselves in whatever way we wish?”