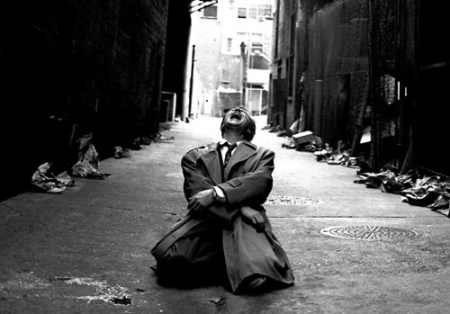 It is natural for some people to panic when confronted with a crisis. Most are not prepared mentally or physically for a disaster situation, and are immediately overwhelmed, and in some cases cannot function. People panic because they do not know what to do next. Flight or fight, the emotions swirl in peoples’ minds and people are, without actually realizing it, deciding whether to confront the matter emotionally (fight) or deny it (flight) and some cannot not make any decisions at all, decisions that may save lives.

Given the state of the world and the country today, it is only a matter of time. It is not a matter of if, but simply of when a hacker slips through the firewalls and shuts down the power grid or a nuclear device is detonated in the heart of some city. It could also be a natural disaster of such magnitude that it shuts down large portions of the country for months or even years.

What Can You Expect As a Prepper

Surviving the disaster itself is one thing but surviving the affects of it is another. The days, weeks, and possibly even years after will dwarf the actual event as far as devastation and turmoil and will have a greater affect on people psychologically.

The first few days’ people will naturally assume it is temporary and most will convince themselves they can manage until the authorities sort things out. After three to five days have passed, people begin stirring and wondering. They may gather to trade gossip and some people would have already tried to contact the local government. As soon as the citizens realize the crisis is unlike any they have ever experienced they will call on the government for help and when they realize help is not forthcoming, they will turn against the government.

Those that relied on others for their daily sustenance before the crisis will likely have to rely on others after the crisis, they are used to asking, and for the most part, they are not a threat at this point.

Then there are those that never really asked for help but simply are not prepared for the crisis, as far as supplies, knowledge and skill sets go. They only know how to survive when the rules have been established and everyone plays their part. Show up for work at nine and leave at five, a paycheck twice a month, a routine they fell into because it is all they know.

This group will become a threat because they know they cannot survive without rules and some form of governance, they know what they know but have not expanded beyond their bubble. They will become desperate quickly and will seek out those that appear to be in charge, and usually will fall prey to those with an agenda and of those taking advantage of the crisis. Instigators and anarchist will find and use these people for demonstrations and most will march and clamor with no idea what they are demonstrating against.

Then there are those that have been paying attention, they knew something was coming and they prepared because they realized that depending on others is not a wise move. They work hard and want to be left alone to survive as only they know how. They know what they need to do, and will continue to do it. No one will stop them from surviving. They are you.

The Lights Are Out For Good

The entire world runs on electricity and essentially any type of disaster can cause the lights to stay out for years. Terrorist organizations and rouge nations know all they have to do is shut the lights off and the country comes to a halt. The financial markets will collapse, transportation hubs will shut down and manufacturing will stop. Electricity is the keystone that keeps the country from collapsing.

People will panic, and race in circles instead of stopping to evaluate the situation. They know deep in their minds they made a mistake, by not being prepared, denial is not possible now but there is no going back.

They have families and they will be a threat to everyone, because they will turn to violence, thievery and deception all in the name of providing for their families. They can be your neighbors, friends or strangers. You have no idea how your neighbors or friends may react because you have nothing to compare it too.

What You Can Do As a Prepper

Knowledge and knowing how to apply that knowledge will prevent you and others from essentially “freaking” out during a crisis. The first thing to keep in mind is it is not necessarily the disaster itself you need to prepare for but the affects of the disaster. Focusing on a singular event may cause some to overlook the fact that regardless of the crisis, there is always going to be the days after and they will be the hardest to survive.

Training is important, and it must be done in a controlled environment so you can learn from your mistakes without costing lives. Once a calamity is upon you training is over, and then the application of everything you know comes into play.

Reading about Prepping and preparing on the Internet is a starting point but again, you must know how to apply what you are learning. For example, you may understand the theory behind a magnesium stick and how it makes fire but you must also learn the mechanics by doing it yourself. If you know what to do next, you will not panic, and the only way to know what to do is to practice.

What To Be Prepared For

The reality of the situation is that you will not have as many supplies as you think, so another reality is that you cannot afford to give any away. Rarely can anyone accurately calculate amounts needed for a specific period. You can get an estimate but always err on the side of caution. If you firmly believe you have a year’s supply of food, you should assume you only have a nine-month’s supply. Waste, damage, spoilage and any number of other factors will reduce your supplies and among them is giving to friends and others or having your supplies stolen.

Avoid making any alliances in the first few weeks or months. People will naturally seek out others for comfort or material things. Once a few months have passed those that have survived, know how to survive and will not be as a big of a threat to you.

False leaders will emerge in your community and will pray on the weaknesses and fear of those suffering. There will always be those ready to take advantage of any crisis. Con artists will move among people making promises. So-called black-markets will spring up where food and water stolen and looted from others will be on sale.

Once you realize the magnitude of the crisis, it will be time to seek out those that have skills that can be used to rebuild society. You will need carpenters, doctors and engineers, as well as farmers and other agricultural experts. Even if the crisis is only for a few months society will change, and having a skill that is useful to the community will make you a valuable resource.