Despite constant reassurances from federal overseers, Americans are becoming increasingly aware of the economy’s frail nature. While media pundits and analysts desperately push the failure of central planning and… Read more » 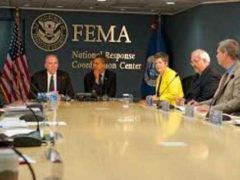 22 Items That Vanish From Stores In An Economic Collapse or Natural Disaster It’s no secret that a lot of people do not prepare for the worst. Whether it’s… Read more »