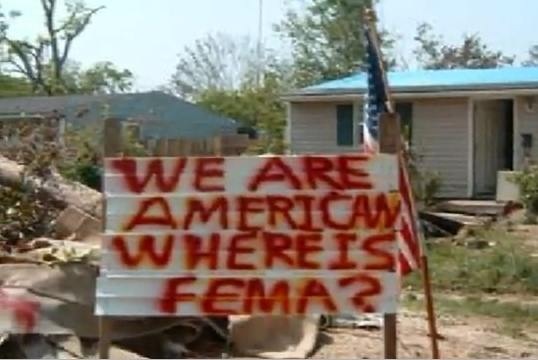 Americans can actually be rounded up and incarcerated in FEMA concentration camps because of an executive order signed by NWO puppet Barack Hussein Obama- The National Defense Resources Preparedness Executive Order he secretly slipped in enables the government to implement a full scale MARTIAL LAW order on all 50 states and all surrounding territories by declaring it a battlefield!

This is confirmed by Supreme Court Justice Antonin Scalia as well as many members in Congress! This is real, folks! They will be targeting Christians, Veterans, gun owners, Tea Partiers, home schoolers, citizens that live off the grid, preppers and at this point I believe they will be targeting WHITES! There is a war against WHITES that is unprecedented- but that was inevitable when a racist Black man was elected President (fraudulently) and appointed a ton of radical black activists into major positions in the government.(source)