So what is a prepper? 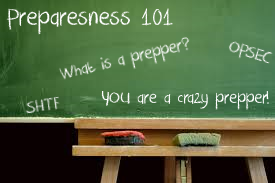 When you ask someone their definition of a “Prepper” most people will tell you a prepper is someone who is paranoid, crazy or an extremist. Storing food, water, fuel and supplies do not make us crazy or paranoid like most people think, as a matter of fact it makes you responsible. There really isn’t one definition you can use to define a prepper. So what is a prepper? There really is no right answer. We all have different reason, different circumstances and many other defining factors that go into why we prep to be able to put all preppers into one category. This is like saying everyone from the Middle East is a terrorist. How can we label everyone from the Middle East a terrorist if all we see about them is from the news channels? Think about it, everyone in the world has an opinion about what Americans are like, but we know very well that the picture these people have of Americans was painted by what our government does, and not who we are as people. Unfortunately this is exactly why we are labeled as paranoid alarmists. When people see something on TV it becomes reality to them, without questioning the source, and without giving it a second thought. We need to make sure we don’t fall into this same trap, this includes the prepping and survivalist blogs we read. Everyone has their own agenda and own reasons for putting out the information they do, and it’s up to us to dig a little deeper when something interests us and not just read one article and call it fact.  My rule of thumb is that if I can’t find at least three different (Credible) sources stating the same facts I am hesitant as to its validity. You can take the term prepper and break it down into 5 categories. You can take each of these categories and break them down further but for now let’s start with these. 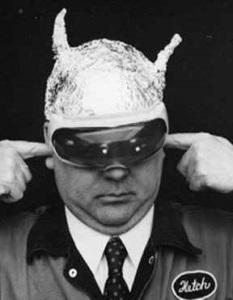 For the most part this is how the mainstream media like to portray us, the tin foil hat wearing conspiracy theorists, and therefore how we are perceived by most people. Shows like doomsday preppers only help to perpetuate this stereotype because they like to highlight extreme preppers like these on their show for rating and viewers. Let’s face it, the everyday prepper is just not sexy enough to make a show about. You and I might watch, but the everyday prepper is far too boring and the average Americans wouldn’t watch it. An extreme prepper will literally go off the deep end prepping for one disaster, and not just a natural disaster, they prepare for a large scale disaster like an EMP, Bio Terror or a pandemic. Although all of these are real threats we face, an extreme prepper will basically forget about all the other disaster scenarios and focus on one. The media loves these guys, and my feeling is that these guys love the media too. 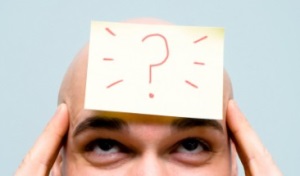 If people decide to do a little research on what prepping and the preparedness lifestyle actually is they begin to find out that the majority of preppers fall into this category. Someone who is open minded, sees the bigger picture and knows that it doesn’t make sense to install a home security system when the house is on fire. This is the category Lisa and I fall into, it just doesn’t make sense to focus all of your energy on one scenario just to get blindsided by something you never saw coming because you were too busy building an underground bunker. I’m not saying an underground bunker isn’t a good idea, I’m just saying take a look at the bigger picture and plan accordingly. 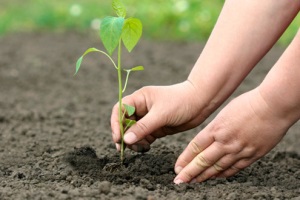 This is probably where most of us start. Something or someone has peaked our interest in preparedness and self-sufficiency and before we know it we are one of those crazy preppers. What gets one into prepping is different for all of us, it could be a personal doomsday like a job loss or death in the family, or it could be the fact that you just can’t ignore what is going on in the world today and want to know what you can do about it. What you begin to find out is that there is nothing you can do about the economy or a terrorist attack, but you can take some precautions that will better your odds in the long run. Like they say, a good offense is the best defense, and being prepared and knowing how to be self-sufficient during trying times increases your odds of survival. If you fall into this category, welcome aboard, you will be an open minded crazy prepper like the rest of us in no time. 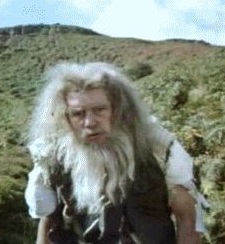 Survivalists and preppers often get lumped into the same category, this is because there are so many things that survivalists and preppers do that intersect with each other. At its core both groups have one goal, to be prepared and skilled enough to survive if the SHTF in some way or another. The survivalist is someone who is or has learned to live off the land or off the grid, someone who fully expects to bug out rather than bug in. Again, there are many different types of survivalists so you can’t label all survivalists as mountain men (or women) We named our website Survivalist Prepperbecause I am interested in both. Although I do love the outdoors and learning new skills that could become useful in the future, I am not so naive to think that surviving for years in the mountains would be a cake walk, but I like to think I could do fairly well. I am more of a survivalist and Lisa is more of a prepper, but we are both concerned about the same things, self-sufficiency and what we would do if and when the inevitable happens. It never hurts to learn about everything you can because you never know when you are going to use it. 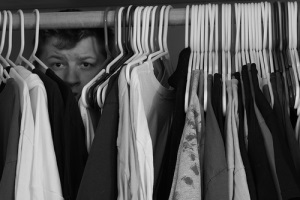 The closet prepper would be someone who just isn’t ready to tell anyone about their fears. This could be because of their career or family or they are too afraid of opening up because they don’t want to be labeled “off their rocker” or be told “ oh! Your one of those crazy prepper type people” Kind of like when someone believes in god but is too concerned about being ridiculed to say anything about it. There are many different reason why someone would be hesitant to talk about their interest in preparing and their concern about our current society, but wouldn’t it be nice if the S did HTF and the neighbor that you thought was one of the sheeple pulled out his bug out bag and shotgun and said “let’s get to work”

As I said not all preppers are created equal, regardless of what the mainstream media would like you to believe. Preppers by nature are quiet about what they do, and for good reason, you don’t want to jeopardize everything you have done by telling the world how much food, water and ammunition you have stored, by doing this you make yourself a bigger target than the guy next door with nothing.

Regardless of why you prep or how long you have been doing it the only thing that matters is that you are. These people that give you a hard time or label you a nut are going to be looking to you when the SHTF, and it’s up to you at that point whether you help them out or send them off and say “who’s crazy now?.

About Dale Survival and being prepared should not only be a passion, it should be a lifestyle. The definition of a prepper is “An individual or group that prepares or makes preparations in advance of, or prior to, any change in normal circumstances, without substantial resources from outside sources” Like the Government, police etc. I don’t believe that the end of the world will be the “end of the world” I believe it will be the end of the world as we know it now. You can also find me on Google Plus and Twitter