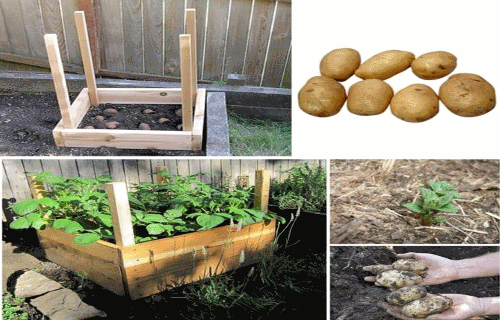 You don’t need a lot of space to grow a substantial amount of potatoes, and using a box is far easier than growing them in the ground.  You have a couple of options to consider in terms of how to construct the box that will allow you to take advantage of different harvesting methods.  Let’s take a look at the basic design and how easy it is to construct.

The first step is to determine how big you want the box to be.  Try to make it at least two feet square in order to be able to harvest enough potatoes to make this project worth your while.  Two foot boxes are also easier to manage throughout the growing process and during the harvest.  Try to work with 2 x 6 planks as this dimension will make layering and removing sections easier over time as well, however, 2 x 4 boards can get the job done as well.

Build the base by screwing two screws to the ends of the wood on each side of the box.  Use one layer of plank to create the base board.  The next step is to create four vertical structural support beams that will be used to attach additional sections of wood as the potatoes grow.  Take four 2 x 2 pieces of wood that are at least three feet tall and temporarily stick them into the dirt along the inside corners of the base box.  You don’t want to screw these supports into the base box.  Instead, add another section of the wood frame and attach that one to the supports.  Make sure that you lift the supports so the bottom is flush against the bottom of the base board before you screw them into the second section. 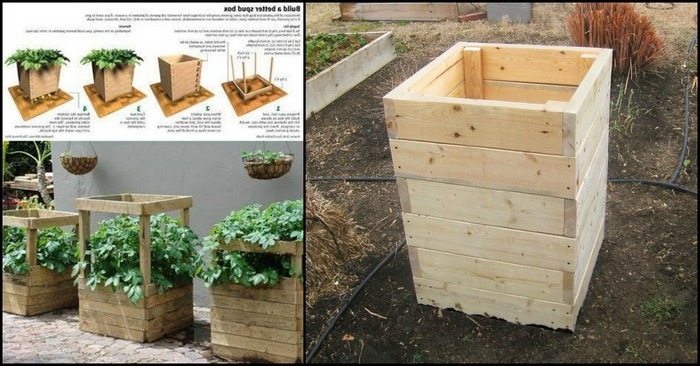 You will want to layer the box as the potatoes grow, so cut the pieces of wood to size and make the frames.  Set them aside for use later.  Put your soil into the base board and fill it just above the point where the second section meets the base.  Plant your potatoes, water and watch them grow.  As the vines get taller and reach about 12 inches above the soil, add another frame without screwing it to the support beams.  Add another layer of dirt.  However, you want to make sure that you only cover about a third of the plant so you won’t stunt its growth.  Keep repeating this process as the potatoes grow until you’ve reached the top of the tower. 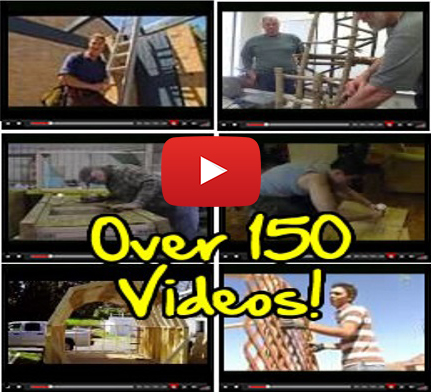 By this time, the potatoes on the bottom will be ready for harvest and much larger than the ones on top.  You have a couple of options to consider at this point.  First, you can either lift each segment off of the tower and remove all of the potatoes at once.  Or, you can remove one of the planks from the base board by unscrewing it and harvesting the potatoes from this gap.  If you chose to use this approach, the soil will collapse as you harvest the potatoes.  All you need to do is replace the board and add more soil on top.

The first approach works well at the end of the growing season when you want to harvest all of the potatoes.  The second approach can work well throughout the growing season and give you a steady supply of potatoes during this time.  No matter how you decide to harvest the potatoes, this box gives you the flexibility to manage growth.  It is also sturdy enough to be used year after year as long as you choose wood that is not prone to rot and decay.

Try this for yourself and see how this simple system can give you a fantastic amount of potatoes in a small space.  Being able to use it year after year reduces the amount of time, effort and material that you will need in the beginning of each season.  Feel free to improvise and make the boxes bigger or smaller based on your needs, but chances are that you will be able to get at least a hundred potatoes out of each box. (Source) 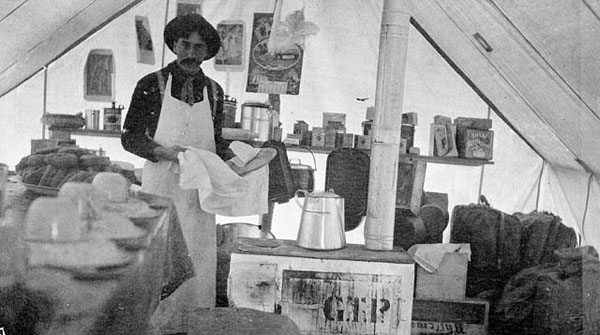 Many Simple Ideas To Do Yourself Root Cellar !

Here’s How to Use a Scythe

How to Grow Vegetables All Year Long ( You Can Grow Your Own Food, 365 Days of The Year, No Matter Where You Live )