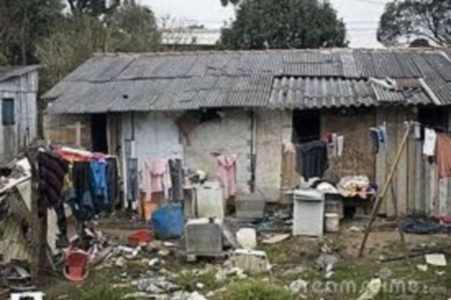 Diseases come and diseases go…rather like fashions, but with diseases it’s the general conditions prevailing at the time that denotes what gets a foothold and what doesn’t. Many diseases are opportunists, they will surface at a time the conditions are right for them to flourish and most often this is at a time when humans really could do with concentrating on other stuff. Here are ten diseases that will make their presence felt after a major, long term,disaster be it war, societal collapse or in some cases even an economic downturn.

1.Typhus:Typhus is spread by the body louse, it’s all around us, prevalent amongst the homeless and those living in unsanitary overcrowded conditions. the only reason we are not all infected with it is our ability to launder our clothes and shoer/bathe regularly. History teaches us that typhus loves downturns and has been shown to surge during and after every major crisis be it war or a stock market crash.

2.Typhoid:Not to confused with typhus typhoid is caused by the bacteria salmonella typhi and is spread by contaminated food and water. It spreads quickly in overcrowded and/or unsanitary conditions.

3.Pellagra: Pellagra is caused by a lack of vitamin B3 and was endemic just a few decades ago, Those eating diets with low levels of B3 are at risk of suffering from pellagra. Its a debilitating disease that causes a slow and painful death.

4. Hantavirus: Hantavirus is caused by ingestion of dried mouse droppings that are commonly found in sheds, cabins etc. It’s a serious disease that will kill if not treated promptly. In a situation where the mouse population can’t be controlled and contact with droppings is more frequent cases of Hantavirus will rise.

5. Bubonic Plague: Plague has two forms, bubonic and pneumonic. Bubonic plague is often fatal if left untreated, pneumonic plague is almost always fatal if left untreated. Both are spread by the bite of a rat flea. As with hantavirus if rodents can’t be kept under control the disease will spread. It causes agonizing swellings, often in the groin or armpits that are full of pus and black in colour, hence being called the black death.

6. Leptospirosis: Sticking with rodents did you know they are incontinent? Everywhere the rodent goes it leaks urine and most rodents carry leptospirosis. It is very common after major freshwater floods as the rodents move to higher and drier ground and come into more contact with humans. treatable with antibiotics but often fatal if not anything that moves rodents nearer people or people nearer rodents will cause an uptick in cases.

7. Chagas Disease: Chagas is caused by the reduviid bug that lives in hardened mud, adobe walls and loose/dirt flooring. It’s endemic in parts of Africa,India and South America. It causes debilitating illness and can lead to lifelong medical problems if not treated early.

8. Food Poisoning: There are many forms of food poisoning, the most lethal of which is Listeria, though it’s closely followed by E.Coli 157. The incidence of food poisoning will rise almost immediately there’s a grid down situation. The lack of refrigeration coupled with the possibility of food not being cleaned or cooked properly will guarantee an uptick in these debilitating and often fatal conditions.

9. Heart Attacks/Strokes: Heart attacks and strokes will surge after a collapse of any kind. Lack of blood pressure medication will cause the death of many but more still will die due to over exertion. They will be undertaking physical tasks they have never done before and for many the strain will simply be too much. Add cold weather to a collapse scenario and the situation is even more dire as the blood becomes cool and sticky and forms small clots that can lead to both heart attacks and strokes.

10. Emerging Diseases: Many new diseases are emerging, or have emerged over the last few years. There is still a great deal to find out about the mode of transmission, susceptibility and pandemic potential of diseases such as MERS-nCV, H5N1 and H7N9 both forms of avian flu, and other zoonotic diseases that pose a threat to humans.

There are quite simply too many diseases that could threaten our survival in a post-collapse world for us to prepare for all of them. The only way you can be sure is to stay away from other people, and make sure other people stay away from you and your group. This is something that may be possible if you live in a low population area and you have enough supplies to hole up until the dust has settled…how ever long that may be. For most people however that’s not an option.

Wearing gloves when out and about, and not touching your nose or face after any form of outside contact will so some way towards preventing the spread of disease.

Have as little physical contact with ‘outsiders’ as possible and consider wearing a face mask or a scarf over your nose and mouth when out and about.

Make sure you remove outer wear, including footwear before re-entering your home.

Check the seams and pockets of your clothes regularly to make sure there are no lice hiding away and inspect you body throughly if you have been out mixing with the population at large. Pay particular attention to armpits and groin as body lice favour warm moist areas when they feed.

It’s a good idea to keep a tub of some kind full of bleach water just outside the door so that hands can be washed before entering. Pay particular attention to the area between the fingers and the tips of your fingers.

Stock a huge supply of baby wipes and band aids use them if you have to go out and about. Germs can’t do you any harm if they can’t get into you and they usually get in via your mouth and nose or through a break in your skin.

This list, sadly is not exhaustive. In fact it doesn’t even scratch the surface of the diseases that are out there just waiting for a chance to strike. The single most important thing you can do to prevent the spread of disease in a crisis is to keep your hands clean and keep them away from your nose and mouth,

Kids are wonderful little germ factories picking up bacteria and happily spreading it around teaching them hand hygiene will help keep you all safe during everyday life…and even more so during a crisis when lack of medical assistance and access to medication means this simple action could be a lifesaver.

Here you can find more information about the symptoms, treatment and prevention of all this diseases.

Lizzie Bennett retired from her job as a senior operating department practitioner in the UK earlier this year. Her field was trauma and accident and emergency and she has served on major catastrophe teams around the UK. Lizzie publishes Underground Medic on the topic of preparedness.

We recommend you to read the free eBook we have to offer on our website, Beyond Collapse.  Beyond Collapse is an extensive guide, covering everything from why we should prepare, how a collapse may happen, what civilization may look like in its aftermath, and what steps you can take to not only prepare ahead of time, but how you’ll survive and thrive during the reconstruction and rebuilding that follow. Download Beyond Collapse here and subscribe to our newsletter .