When it comes to natural disasters, animals are way further ahead of the curve than people are. They just seem to be able to sense change in the air. If you know what to look for, you can take advantage of the warning signs exhibited by your four-legged forecasters and winged weathermen.

Before casting this particular article aside, consider the fact that when the tsunami hit Thailand in 2004, nearly all of the animals who were free to roam made it to higher ground and survived. More than 200,000 humans died. That’s either one tremendous coincidence or the animals knew something that we didn’t.

Nowhere in the following paragraphs are we going to mention any kind of puppy ESP because that’s not what this is about. What we WILL discuss is the potential science behind how animals know when a SHTF situation is about to occur.

We’re also going to touch on 12 warning signs from animals for SHTF. First, let’s discuss HOW they know that weather is changing. 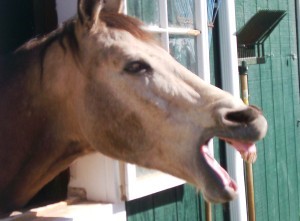 Infrasonics are extremely low-pitched vibrations and are emitted by such natural disasters as earthquakes and tidal waves. Infrasonic vibration causes nausea and nervousness in people.

Animals such as cows, horses, and elephants can hear lower levels than we can so maybe they interpret these vibrations as signs of danger and head for safety. They may also be able to feel them with their feet.

If you notice your animals fretting, or happen to live where you can see elephants migrating, take heed.

Barometric (air) and hydrostatic (water) pressure changes are more noticeable to animals than they are to most humans. The Byte News

All of their senses are just better. When it comes right down to it, people just can’t feel, hear, see, smell or taste nearly as well as many other species.

When it comes to using our senses to detect the weather, we may be able to sense drops in pressure or temperature but we simply can’t hold a candle to an elephant’s sense of feel or a dog’s sense of smell or ability to hear. 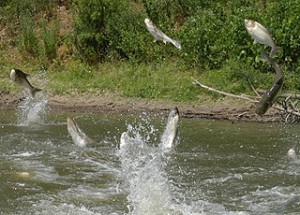 As promised, we’re going to toss in a list of animal behaviors that you should watch out for.>>https://www.timeplusnews.com/

If you see these changes, especially if you see more than one of these animals acting like this, take heed because something heavy is on the way.

It’s this last observation that makes you really stop and think. There’s no doubt that animals excel at using their senses to survive but perhaps people have better radar than we think. Maybe we just need to focus on it more and hone it, just like we do any other skill.

Using animals to predict weather isn’t just backwoods mumbo-jumbo. Millions of dollars per year are being invested in finding out how effective animals are at predicting weather. Scientists know that there’s something more to it that just random luck and they’re working diligently to prove it. They would even like to use it to anticipate when and where natural disasters are going to occur.

Don’t make the mistake of writing off your animals’ weird behavior shifts: they may be the best predictor of SHTF that you could ever ask for!

Warning: ISIS Groups Could Be Building An “Ebola Dirty Bomb”