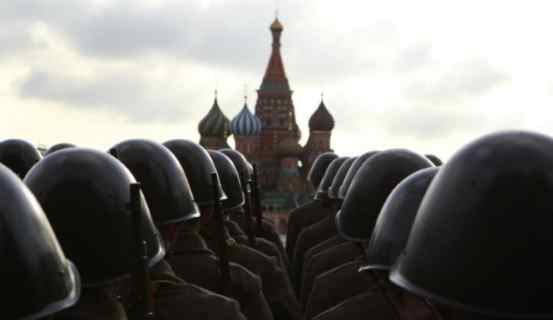 2015 Predictions: World War 3 Could Be Inevitable

Predictions for 2015 point to the possibility of World War 3 as tensions between Russia and neighboring countries — as well as the United States — appear to be reaching a boiling point.

In the past several months, Russia has taken an ultra-aggressive stance toward neighboring countries, sending troops into Ukraine to support pro-Russia rebels, conducting nuclear exercises, and sending dozens of airplanes toward neighboring airspaces in an attempt to test NATO defenses.

Now some experts predict that the tensions could eventually turn into World War 3 in the coming year, though it may look drastically different from the first two World Wars.

Dr. Philippa Malmgren, a former presidential adviser and member of the U.S. President’s Working Group on Financial Markets, said in an interview with King World News that the United States could enter a large-scale conflict that utilizes a heavy focus on the use of technology.

Malmgren said the recent military activity by Russia may have been part of this new conflict.

“The United States, Russia, and China are all vying for dominance over high-altitude satellites, which dominate all the guidance and communications systems for the conduct of warfare. And increasingly (we are seeing) stealthy methods of conducting conflict.

“For example, the Russians have been very active recently in showing their dominance in the Baltic Sea, which dictates who dominants Scandinavia and the Baltic countries. And in doing that, it’s not that they have so many ships or better quality ships, it’s how effectively they’ve been able to show they can take territory if they want to.

“The Danes released a report showing that during the largest naval exercise held last summer by the Russians, since the Soviet period, in part what they were doing was practicing taking and seizing an island in the Baltic which currently belongs to Denmark. And it was so interesting they (Russia) picked the very week that the Danes held the equivalent of Davos — the meeting where every single political leader in that nation happens to be on that island at that time.

But other 2015 predictions point toward a real World War 3, with Ukraine being the flash point. The long-simmering conflict does not appear to be reaching a solution, which was highlighted this week when peace talks were called off. Ukrainian officials have accused Russia of threatening to use nuclear weapons if the conflict were to drag on too long.

Gerald Celente – Survival Kits Being Supplied To Every Major Bank