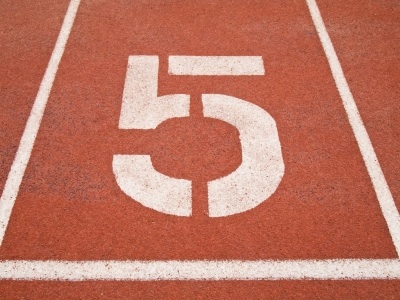 It is a pretty common stereotype to picture preppers as 50-year-old men hiding out in bunkers with a bunch of guns and ammo. Shows on tv that focus on these types of extremists as well as news reports about people labeled as preppers who have committed crimes haven’t helped to negate this stereotype either. The truth of the matter is, however, that you don’t have to be preparing for doomsday or the destruction of mankind to be a prepper. In fact, if any of these traits sound like you, you may be a prepper too.

1. You Invest in Food Storage

While most of us don’t have five or ten year’s worth of food tucked away, due to national disasters, such as hurricane Sandy, the value of having more than a day’s worth of food on hand has become more prominent. In fact, FEMA, the federal disaster recovery agency, encourages everyone to have food storage since the agency can’t help everyone immediately after a disaster occurs. Do you consciously maintain two weeks worth of your regular food items on hand “just in case?” Do you have a closet full of non perishables for those times you can’t get food from the store? If this is the case, you are probably a prepper.

2. You Participate in Self-Sustaining Practices

When your electric heater went out that one winter, did you decide to invest in an alternate heat source or generator in case it ever happened again? Do you make sure to have savings and cash on hand in case you needed to get out of the state quickly? Do you garden? Probably most of us can answer, “yes,” to one of these practices because we don’t want to get stuck in a difficult situation without being able to help ourselves. After all, you probably also carry extra water when you drive across the desert, or make sure you have a coat when driving in freezing temperatures.

Preppers are big on emergency preparedness, whether it’s taking a CPR class, learning first aid or having a plan for when an emergency occurs. These people may have an emergency kit with all of the essentials that they can quickly grab and go. They also invest in equipment, such as water pumps, radios or solar ovens. Many preppers also have additional skills due to their background in mechanics, scouting, fire fighting or the military.

Do neighbors turn to you when a tree falls down in their yard, or are you the first to show up to help clean a neighborhood town? Do you like to share your knowledge or resources with those in need? Have you ever volunteered as a firefighter or nurse? Then you just might be a prepper. Due to their extra preparedness, preppers are often the best equipped to help out when a disaster strikes, since everyone else will be scraping to survive and waiting for help at that point.

5. You Value Self Reliance

Cooking from scratch, grinding your own wheat, learning how to make soap or knowing how to sew may seem like hobbies, but they are also a form of self reliance. Almost everyone who has gone camping has also learned some form of self reliance: building a fire, staying warm without a heater, cooking without a microwave. Other common practices, such as living within your means, eliminating debt and gardening are all forms of self reliance that leave you better prepared for when disaster strikes.

While there are many stigmas and negative impressions that surround the label of being a prepper, it is by no means a negative thing. You are only as crazy as you make yourself and if being prepared to survive things that are inevitable makes me crazy, then lock me up in a padded room. Who will be the crazy ones when something happens and they don’t know how they will survive?