Could a Changing Climate Set Off Volcanoes and Quakes?

A British scientist argues that global warming could lead to a future of more intense volcanic eruptions and earthquakes. And while some dismiss his views as preposterous, he points to a body of recent research that shows a troubling link between climate change and the Earth’s most destructive geological events.

Geological disasters might influence climate, for instance when volcanic debris blots out the sun. But climate cannot disrupt geology. Right? Well, actually no, says a British geologist Bill McGuire, in a troubling new book, Waking The Giant: How a Changing Climate Triggers Earthquakes, Tsunamis and Volcanoes.

The most solid evidence for climatic influence on geology comes from the end of the last ice age, around 12,000 years ago, says McGuire, who is a volcanologist and professor of geophysical and climate hazards at University College London. Analysis of volcanic deposits, published in the past decade by several authors, has found that this period of rapid climate change, when ice sheets retreated from much of the planet, coincided with a sudden outburst of geological activity. The incidence of volcanic eruptions in Iceland increased around 50-fold for about 1,500 years, before settling back to previous levels.

An earthquake has hit Northern California, where wildfires continue to affect the region, bringing the death toll to at least 34. An estimated 5,700 structures have also succumbed to the fast-moving flames.
On Friday afternoon, a 4.0 magnitude earthquake struck California’s Mendocino County, north of Napa County, according to the US Geological Survey.

The quake occurred near Mendocino County’s Redwood Valley, an area in the northwest section of the state, where 34,000 acres have burned up since Sunday, due to the 17 wildfires in the region…

In the span of just 48 hours, a series of powerful earthquakes rocked several locations along the Pacific one by one this week, all in a seismic region known as the ‘Ring of Fire’ – and, others in its path, including California, are now wondering if they could be next.

Roughly 90 percent of the world’s earthquakes occur in this belt, which loops from New Zealand to Chile, passing through the coasts of Asia and the Americas on the way.
Now, after a 6.1 magnitude earthquake hit New Zealand on Wednesday followed by temblors off the coasts of Japan (6.1), Vanuatu (6.4), and Indonesia (5.7) early Thursday morning, experts admit the Pacific is experiencing ‘unusual’ seismic activity, leaving the West Coast on edge.

RELATED : Dr Michio Kaku – Now Nibiru is a Big Problem For All of US

Experts say the series of earthquakes could have been caused by seismic waves travelling along fault lines and triggering ruptures in the Ring of Fire, also known as the Circum-Pacific belt.

Shearer is a Professor of Geophysics at Scripps Institution of Oceanography, and Stark is a Professor and Vice Chair of Statistics at the University of California. In looking through the historical record, these scientists noticed that a disproportionately high number of large earthquakes greater than 8.0 in magnitude also occurred between 1950 and 1965. Then, there was a bit of a slump in seismic activity from 1996 to 2003.

To determine the typical “background” seismic activity of the Earth over the past century, the scientists had to exclude earthquakes that could be classified as aftershocks from their analyses. They did so by eliminating from their data set those earthquakes that occurred within three years and 1,000 kilometers of the epicenter of the magnitude 8.0 and higher earthquakes under examination. When the scientists compared the resulting data set to three different mathematical models, they found no evidence that elevations in seismic activity since 2004 were statistically significant.

How will you protect your savings and yourself in the event of an DISASTER? This just-released PDF guide Surviving and Thriving During an DISASTER will show you exactly how. Click here to download the PDF now.

A Major Earthquake in the Pacific Northwest Looks Even Likelier
There is a 70 to 90 percent chance that northern Oregon will be hit by a magnitude-8 quake in the next year.
For about the last 30 million years, a small tectonic plate named Juan de Fuca has been sliding under the far vaster North American plate into the Earth’s mantle. Today, this mostly happens without anyone’s notice—even though it causes minor, near-undetectable earthquakes about every 300 days—but sometimes the pressure pent up is released suddenly and catastrophically.

A special report of the Intergovernmental Panel on Climate Change (IPCC) on extreme climate events, published in April, restricts its comments on McGuire’s ideas to a single paragraph. While conceding that crust movements resulting from melting ice “may result in an increase in earthquake activity, perhaps on timescales as short as 10 to 200 years,” it concludes that “there is low confidence in the nature of recent and projected future seismic responses to anthropogenic climate change.” McGuire says it is not yet clear if quakes, tsunamis and volcanoes will be addressed in the next full scientific assessment, due in 2017-2018.

Meanwhile, an article on Grist yesterday, suggests that climate change will cause earthquakes to increase. It’s an interesting read and looks at earthquake frequency in a much larger time frame (prehistoric to future activity) than covered in Shearer and Stark’s study (1900 to 2011). The Grist article mentions how the retreat of ice sheets might destabilize land masses and increase seismic activity.

‘Volcanoes can be incredibly sensitive to tiny changes to their external environment,’ McGuire says.

Weight was released and the land surface lifted, sometimes by hundreds of meters. This reduced the pressure below. He cites Freysteinn Sigmundsson at the Nordic Volcanological Center at the University of Iceland in Reykjavik, who says: “Reduction of pressure enabled mantle rocks to melt, creating a zone of magma upwelling underneath Iceland.” Magma production increased 30-fold — that magma, the argument goes, burst out in a spectacular epidemic of volcanic eruptions.

Similar, though less pronounced, surges in volcanic activity occurred at that time across much of the planet, wherever large ice sheets or small tropical glaciers melted, says Hugh Tuffen, a volcanologist at the University of Lancaster in England. From the Eifel mountains of Germany to the Chilean Andes, and from California to Kamchatka, volcanoes were awakened, says McGuire, who chaired a conference on climate change and geology at the Royal Society in London in 2009.

While the planet’s volcanoes have been relatively peaceful during the long stable climate since then, McGuire warns that we need to watch out as the world starts to warm once more. “Volcanoes can be incredibly sensitive to tiny changes to their external environment, constantly teetering on the edge of stability,” he says.

Defrosting the planet’s cold regions has for some years been implicated in a range of “natural” disasters. The rapid melting of glaciers creates dangerous lakes of meltwater, perched high in the valleys of the Himalayas and Andes.

Nobody should want climate scientists to rush around the world warning of geological Armageddon. Too much remains unknown. Caution certainly is justified. But the danger is that a topic of potentially huge importance ends up being ignored. And the research needed to substantiate — or to repudiate — these concerns is never done. That would be unwise.

Fault lines around the world will be under increased and ever-changing stress. Volcanoes around the world will see the same. The great Ring of Fire is in an ocean-spanning zone. Many, many volcanic, fault and slope systems encompassed in its arc will feel the added weight of sea level rise caused by human warming. In addition, as much or more than the 4 degrees Celsius worth of warming achieved at the end of the last ice age could be seen by the end of this Century.

It’s that kind of very rapid pace of change that has geologists worried with more than a handful thinking that the catastrophic geophysical changes may have already started. 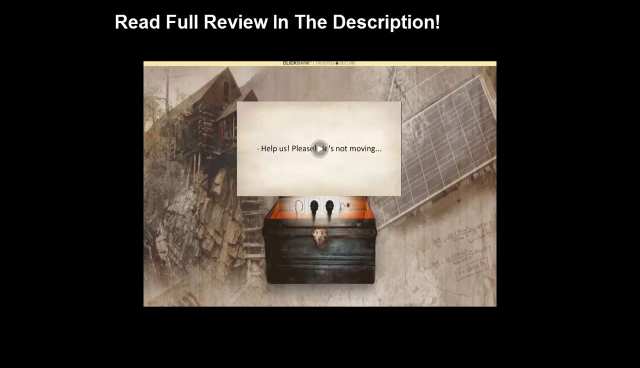