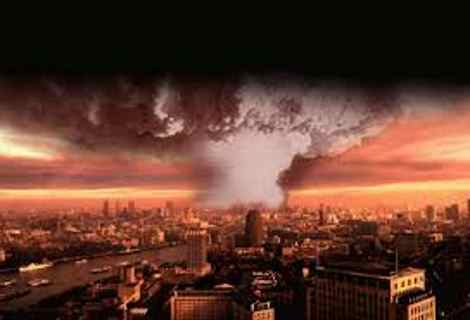 [Rev 8:10-11] And the third angel sounded the trumpet, and a great star fell from heaven, burning as a lit torch, and it fell upon the third part of the rivers and upon the fountains of waters; and the name of the star is called Wormwood; and the third part of the waters became wormwood; and many men died of the waters because they were made bitter.
The question “ARE YOU PREPARING?” in the title, to most people, is only rhetorical in nature.
What little effort you can garnered up between now and September 23,24 of this year is at best futile. The next video report will show us why?
Everybody should be prepared for the coming disastrous event.

2015 is the year of light and according to the HARBINGER, we are close to another Big Event. Is that event a power grid collapse, resulting in an American Blackout that will have negative effects on wall street. If so, when, 9/14/2015, and how long will the power outage last? Is jade helm 15 preparation for such an event as well as the Gridex exercise back in 2011. Will we see a cyber bailout.

How To Heat Your House With Garbage – Build A Trash Furnace