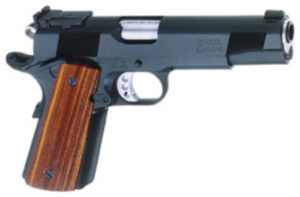 He may be the first person charged under [the] Conn. gun registration law,” reported The Blaze on April 16, 2014.  “But why did police take ‘several’ of his legal guns for ‘safe keeping’?”

For most of us, the saddest day of 2012 was December 14 — the date of the tragic murder of 26 persons at Sandy Hook Elementary School — in a “gun free” zone.

While a full understanding of the actions of the 20-year old sociopath murderer that day may never be achieved, his uncle reported that he had been prescribed Fanapt, an anti-psychotic medicine known for inducing aggressive behavior.1

This is not surprising in the least.  One study by British psychiatrist David Healy found that 90 percent of all school shootings in the last decade have been linked to powerful psychotropic drugs.2 And, schools are generally undefended “gun free” zones.

That day in December was also a defining day for the people of Connecticut, as it separated the state’s politicians from its statesmen.  The politicians denied the people’s right to keep and bear arms, taking advantage of a tragedy to further restrict gun freedom.  The statesmen stood against a virulent media to defend the protections of our written Constitution.

Although official police reports from the school were suspiciously inconsistent, obviously a firearm of some type was used, and that is where anti-gun Connecticut politicians focused their attention.3

Fortunately, the U.S. Congress has thus far been blocked in its efforts to pass unconstitutional new gun laws since Newtown.4 But the State of Connecticut was a different story. In 1787, delegates to the Constitutional Convention in Philadelphia proposed the “Connecticut Compromise,” which unified the convention around a two-house legislative system.  By contrast, in 2013, members of the Connecticut General Assembly in Hartford became dividers, not unifiers, enacting draconian anti-gun laws which are literally ripping apart the Connecticut body politic.

These anti-gun laws include a prohibition against the ownership of semi-automatic rifles, and even some types of shotguns, as well as magazines with a capacity of more than ten rounds.  Rifles owned on the date the law was enacted were required to be registered for citizens to be able to retain possession.  Violation of the law is a felony.

Connecticut’s anti-gun Governor was eager to sign the bill the day after it passed the General Assembly.

The state’s largest newspaper, the Hartford Courant, has now called for the arrest of the 300,000 non-complying gun owners.

“The bottom line is that the state must try to enforce the law,” the paper opined back in February.  “If you want to disobey the law, you should be prepared to face the consequences.”5 And at least one top aide in the Governor’s administration, Michael P. Lawler, has indicated that the state will punish those who missed the registration deadline.6

Already, the first Connecticut gun owner has been arrested — and his “assault rifle” confiscated — after he allegedly shot a squirrel in his yard.  Not only did police seize the rifle (and many magazines) from 65-year old James Toigo, they also confiscated several of his legally registered firearms.7

Connecticut state officials simply no longer respect the biblical principle that we are endowed by our Creator with certain “unalienable rights,” enshrined in the Declaration of Independence, including the right to self-defense and the right to protect our life and liberty against threat by criminals — or by lawless government officials.

In short, Connecticut has jettisoned the Declaration’s requirement of the “consent of the governed.”

A courageous group of gun owners in Connecticut, led by the Connecticut Citizens Defense League (CCDL), acted quickly to present this grievance to a court, challenging these repressive laws as a violation of the Second Amendment.  On January 30, the U.S. District Court in Connecticut dismissed CCDL’s challenge, which has prompted the CCDL to appeal its case to the U.S. Court of Appeals for the Second Circuit.

Gun Owners of America will be filing an important brief in support of the citizens of Connecticut, as we have done in defense of the citizens of New Jersey, Maryland, the District of Columbia, Illinois, and in other cases where the Second Amendment has been at risk.

We hope that eventually the federal courts will apply the Second Amendment’s original pre-existing principles, as recognized by the Supreme Court’s District of Columbia v. Heller and McDonald v. Chicago decisions, but the citizens of Connecticut need to understand how we must all enter the battle against tyranny that is on the march.

Citizen Defense of the Constitution

To date, we have observed a near-total failure of the Connecticut government to obey the restrictions placed on it by the people in the U.S. Constitution.  The General Assembly has failed.  The Governor has failed.  The federal district judge has failed.

We can hope that the next time members of the General Assembly are up for election, November 2014, Connecticut citizens will oust lawless legislators and get these unconstitutional laws repealed.

We can also hope that at the national level, the American people will elect U.S. Senators who will block the confirmation of anti-gun judges and, later, elect a President who will appoint pro-gun ones.

But hoping is not enough.  Anti-gun laws have been enacted and could be enforced at any time. How, in the meantime, should a citizen of Connecticut respond to lawless laws?  Some pro-gun groups are encouraging widespread resistance to the reporting required under the new law.

Indeed, it appears that only a small percentage of Connecticut residents are registering their rifles and magazines, understanding that, historically, registration leads to confiscation, and confiscation leads to slavery.8

Resistance tells the government that it does not have your consent.

Still, those who do not register their weapons run the risk of indictment and conviction by tyrannical Connecticut government officials.  The crisis is upon us, as prosecutors are already bringing charges for violations of these unconstitutional laws.

That is where Connecticut citizens must swing into action.  There is an important next step in the strategy that will require the involvement of every person in Connecticut who respects the U.S. and Connecticut Constitutions — whether he is a gun owner or not.

It is known as Trial by Jury.

Role of Jurors and Jury Nullification

No one who asserts his right to trial by jury can be convicted unless a jury cooperates with the prosecution.

And that role is not limited to the factual issue of deciding who may have done what.  It includes refusing to convict where the government prosecutes someone for violating an unconstitutional law.

Jurors are not told that they have that right; and if they ask, they will be told they do not have it.  However, this is where a Connecticut citizen must act as a citizen who knows the historic purpose and role of the jury — to protect his fellow citizens from the burden of defending against an illegal prosecution.

Fortunately, unless a defendant plea bargains his case — or waives his right to a jury trial and chooses to be tried by a judge — he will be tried by a jury of his peers.  Indeed, more than 550,000 individuals are randomly selected each year and called to serve as jurors in Connecticut, with about 110,000 actually serving as jurors.9

Jurors have a vitally important role to play in a constitutional republic — which is a central, final check against arbitrary power.  Since they are not told of that role by judges, they must learn it before they are ever called to jury duty.

The ultimate power that the government has over citizens is the power of the sword — the power to arrest, prosecute, convict, and sentence lawbreakers.  What if the law that the defendant is accused of breaking is unconstitutional?  The jury has the power to stop such an injustice.  Vesting this power in citizens was no an accident of history.

In a constitutional republic, interpretation of the Constitution is too important a responsibility to be left to the lawyers, even if they serve in the role of judges.

Indeed, the origin of jury nullification in the United States is often traced to the prosecution of John Peter Zenger for seditious libel against officials in the colonial government in New York.  His crime was to have criticized the government without its prior approval.

At Zenger’s trial in 1735, he asserted that his criticisms were true, but the judge instructed the jury that truth was no defense, that Zenger admitted his guilt, and that they should find Zenger guilty.  The jury paid little heed to the judge, acquitting Zenger after only minutes of deliberation.10

Inherent in the right to trial by jury is the jury’s right to determine the law as well as the facts.  Sadly, a government that seeks ever greater power over citizens has sought to erode the jury’s authority.

Today, most judges tell juries that their only role is to determine the facts, and the judges “instruct” them as to what the law is.

As in the Zenger case, a modern juror has the power, and responsibility, to acquit a defendant if he believes the law the defendant is charged with violating is unconstitutional.

Jury nullification is certainly not an antiquated notion.  In fact, it is making an important comeback in the states.  For example, in 2012, New Hampshire enacted HB 146 which formalizes the jury’s right to nullify.  It provides that “[i]n all criminal proceedings the court shall permit the defense to inform the jury of its right to judge the facts and the application of the law in relation to the facts in controversy.”11 Connecticut should have a law like that as well.

At this perilous time, the duty of every liberty-loving Connecticut citizen is to embrace the responsibilities of a citizen, taking up the mantle of defending his fellow citizens and the U.S. and Connecticut Constitutions, against attack from a lawless government.

Larry Pratt is the Executive Director of Gun Owners of America, a grassroots lobby with more than 500,000 members.

Why I Cannot Support Concealed Carry Weapons Permits (And Why You Shouldn’t Either!)