I am Hooked on Ponics!

Enough farming jokes for you? No? Then you’re in luck! I’ve got more…

What’s All the Fuss?

Aquaponics produces food better than any farming system mankind has come up with so far. And best of all, it’s completely organic.

Aquaponics is the latest evolution of Hydroponics. But instead of getting your plant nutrients from expensive bottles bought from a supplier, you get them naturally – from fish. Edible fish.

“Rooted” In the Past

Growing fish and plants in harmony isn’t a new idea either. For eons, Japanese rice paddies were some of the most productive croplands in the world, and they did it without soil degradation – a true sustainable agriculture. Only recently are scientists bothering to ask why the system works so well. The key factor is something that was often ignored until then – little orange fish the Japanese call “Koi.” 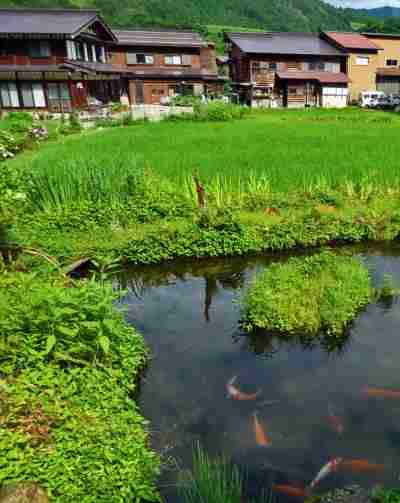 These koi nibble on bugs, algae, and whatever else they find, then like magic they expunge as waste everything plants need. If Americans farmed this way, it would put certain powerful fertilizer giants out of business overnight.

The Future of Farming

That brings us full crop circle back to Aquaponics. Because now Americans ARE farming this way. So we can thank those first enterprising scientists for bringing the best farming methods in history to us. The system they developed, Aquaponics, is the most productive farming system per square foot that human agriculture has ever come up with. 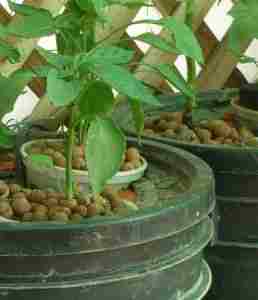 equipment, which is why of course so much of it’s based on 5 gallon buckets!

Like hydroponics, Aquaponics needsspecific, controlled conditions. In fact, the whole system can fail if something isn’t set right, so this isn’t something to just plunge into without the right setup.

Want so see what a system actually looks like? This seems like fertile ground for an infographic!

If your system is based on only 5 gallon buckets, you’ll be using goldfish. You won’t find quite enough meat on a gold fish to make them worth frying up, but if you’re just starting aquaponics – start with 5 gallon buckets.

This very rudimentary aquaponics system ain’t pretty, but it works. Trust me, you’ll want to make your mistakes with a system like this before investing all kinds of money in equipment. 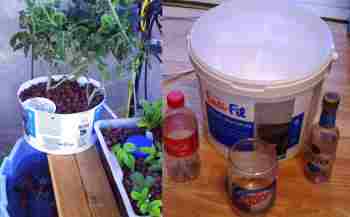 Once you’ve mastered those fish in a bucket, look into this more advanced Aquaponics setup by Engineering for Change.

If you love a bit of baked fish with your potatoes, this’ll be the system you work toward. 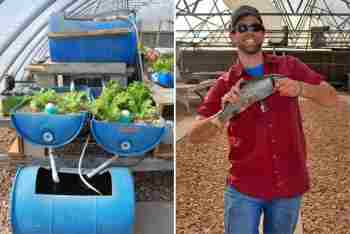 Where to Get More Aquaponics Information

If you want to get into Aquaponics, start slow. Aquaponics is one of those hobbies that’s remarkable easy to spend way too much money on if you’re not careful! Start by studying the Aquaponic Gardening book and lurking the Backyard Aquaponics forum. Or best of all, find a friendly Aquaponics grower in your area who’s willing to show you how it’s done. 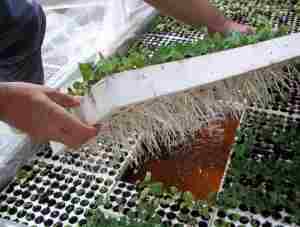 Become a Millionaire on One Acre with Aquaponics

Five Ways to Lower Your Energy Costs This Winter Season

How to convince someone about prepping

How to Grow 100 Pounds of Potatoes in 4 Sq Feet

Prepare Yourself for the Hunting Season With These Tips

EMP Proof Generator: Two Kinds You Can Build Yourself – Protect Your Home With a New Fully Automatic Standby Generator