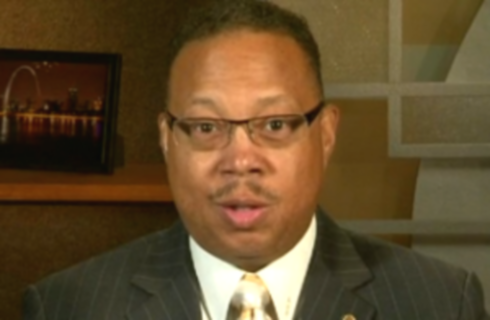 Anthony Gray, the lawyer representing Michael Brown‘s family, said on CNN today that by declaring a state of emergency, Missouri Governor Jay Nixon is “preparing for war” in Ferguson and could be inviting anger with that very action he took to try to quell it should the grand jury decide not to charge Officer Darren Wilson.

Nixon ordered the state of emergency because of concerns over “expanded unrest” as a result of a grand jury announcement. It is a likelihood at this point that the grand jury will not charge Wilson for Brown’s death, which already raised some concerns about violence erupting in the community.

Gray told Tapper today that the real message of the state of emergency is that “he’s preparing for war and not necessarily for peace” by taking such drastic measures and bringing in the National Guard. “Sometimes,” he said, “you can push people into behaving a certain way just by preparing for just that kind of a reaction.”

The grand jury is expected to announce a decision any day now.

Watch the video below, via CNN:

Bartering In A Post-Collapse Society