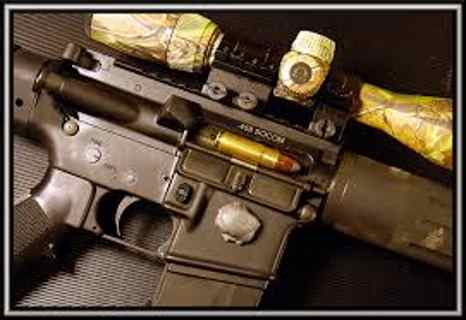 Building your own gun for SHTF

In prepping there are few things more important than protecting the lives of yourself and your loved ones. It’s your duty to ensure their safety by any means necessary even in the toughest of times. As a prepper you probably own a firearm (or several) as a means of defense for you and your family.

What happens however, when the government comes to take away your guns? How will you protect the ones you care about the most? Most preppers will not last very long without an effective way to protect their lives.

As you probably know, you are required to fill out several forms when purchasing a firearm and that information is passed on to the federal government. What if you could legally own a gun that doesn’t technically exist? California senator De Leon would call it a “Ghost Gun”.

What exactly do I mean by this? In The United States, an unlicensed individual may manufacture their own firearm for their own personal use but not for sale or transfer. This means that an individual can build an AK-47 or a semi-automatic Browning m1919 completely off the books.

For preppers this means that you can build and set aside a weapon that only you know about. Best of all you do not have to even report to the government that it even exists. A little known fact is that you can purchase “80% receivers” for most common firearms including an AR-15 assault rifle.

An 80% receiver is an incomplete “paperweight” that requires the user to complete several functions in order to make it into a functioning firearm. Once completed, you can just order the rest of the parts online and build your desired firearm….All without ever needing to visit an FFL!

The completion of an 80% receiver  does require some skill and patience but with the use of a quality jig and a good drill press, this can be done in about a days time. A polymer 80% lower receiver can be finished in a few hours with even less technical experience, a one time jig and some basic hand tools.

This is a must know for preppers who are worried about the current political atmosphere and the constant threat of losing their rights to keep and bear arms. Also, if you have a bug out location this would be a great place to store your firearm to keep it completely off the radar until it is needed.

We all dread the knock at the door telling us to turn in our guns but we should be able to sleep better at night knowing that we will always have a backup no matter what. Before deciding to build your own gun you should always check your local laws because this can vary and you do not want to end up getting in trouble with the law.

Also, even though you can build your own firearm you may not legally manufacture “Class III” weapons such as suppressors and fully automatic firearms. I really hope this has been helpful to you guys out there and as always I encourage you all to keep prepping.(source)

Bullet shortage? No problem: Make your own

For a while now, ammunition has been in short supply, and many retailers have imposed limits on how much ammo a customer can buy. At Walmart, for instance, it’s three boxes per day. At Hot Shot Sports in Shnecksville, Pa., it’s five boxes per day. The store’s owner, Walt Schneck, says the store is out of 9 mm ammunition.

“Demand right now is over the top,” he says, adding that it has been that way since the shooting at Sandy Hook Elementary School in Newtown, Conn. “People got panicky,” Schneck says. “ They are coming out, buying guns and they’re buying ammo, and everything is just going off the shelf.”

In the U.S., ammunition is a $2 billion industry. “All of the manufacturers are operating 24 hours a day, seven days a week, to try to produce as much as they can to meet this unprecedented consumer demand,” says Lawrence Keane with the National Shooting Sports Foundation, the firearms industry’s trade association. Last month, Remington announced it is expanding its ammunition factory in Arkansas.

Still, manufacturers haven’t been able to keep up, and Walt Schneck says many of his customers at Hot Shot Sports have started to make their own ammo.  They do it from scratch or they re-load casings from ammo they’ve shot. “As long as you can get the bullet, the powder, and the primer, and you have the casings, you’re good to go,” Schneck says.

According to C. Rodney James, the author of “The ABCs of Reloading,” there are other benefits. For one thing, it’s more precise, he says. You can tailor a round to an individual firearm. For another? “You can reduce the cost of your ammunition by about 60 percent if you basically assemble it yourself at home,” James says.

To do that, James says you need a press, dies and manuals to figure out how much powder to use. “You can put together a pretty good reloading outfit for a few hundred dollars — $250, $300,” he says.

Tim Miller, of Allentown, Pa., is one of Walt Schneck’s customers. He is a competitive shooter and a firearms instructor with STSK, who makes his own ammo. Miller teaches an eight-hour, $250 class on how to do it. “This is all the stuff I picked up from when I shot,” he says, pointing to brass cases. “It needs to be cleaned first, because if you don’t clean it, it’ll clog up your dies, and can actually dent the cases.”

Today, Miller is making .38 specials for a revolver. He resizes the cartridge and puts in a new primer. That is what will ignite the gunpowder, which he puts in next. Then, he seats a projectile –the bullet. It is a precise process. In a matter of minutes, Miller cranks out round after round. He estimates he can make about 300 in one hour.

But it isn’t as easy to get those components as it used to be.  “As there has been a run on guns and ammunition, there’s also been a similar run, although on a smaller scale, on reloading equipment and components,” C. Rodney James says. That includes the bullets — the projectiles that go into ammunition. So, some people also make those themselves.

Jim Finnerty is one of them. He lives in Groton, Mass. “You can really save a fortune by making your own bullets, as well,” Finnerty says. “Because after the brass case, which you get to reuse, the bullet or projectile is the second-most expensive component of the cartridge.”

Finnerty says he got into making bullets and ammo for economic reasons. Then, it became a hobby. “I mean, if I had taken up golf, I’d be at the driving range practicing every day, and if there was a shortage of golf balls, and there was a way to make my own, I’d probably do it.”

These days, more and more gun owners say it is becoming a necessity.(source)

How To Make Your Own Smoke Bombs

Building a Battery Bank for Your Off-Grid Energy Needs

100-Year-Old Way to Filter Rainwater in a Barrel