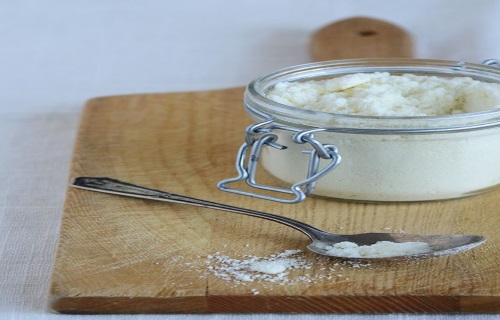 The process of making powdered milk is an interesting operation. Milk comes from dairy farms scattered across the countryside. Each morning, large tank trucks stop at each dairy farm and collect the milk that has accumulated over the past day.

POWDERED MILK IN GENERAL
Powdered milk or dried milk is a manufactured dairy product made by dehydrating liquid milk through several drying processes until it is a powder.. One purpose of drying milk is to preserve it; milk powder has a far longer shelf life than liquid milk and does not need to be refrigerated.

RELATED : HOW TO MAKE POWDERED EGGS (Being Able To Make Your Own Powdered Eggs Is a Handy Skill to Know)

HISTORY AND PRODUCTION
In the 13th century, Marco Polo reported that soldiers of Kublai Khan carried sun-dried milk on their expeditions. In more recent times, milk has been dried in thin films on heated rollers. The earliest patents for this process date from the turn of the last century. Such roller drying was the main method of producing milk powders until the 1960s when spray drying became prevalent. The manufacturing of milk powder is a very big business in the 21st century.

Milk powder manufacture is a simple process able to be performed on a large scale. Production involves the gentle removal of water at the lowest possible cost under stringent hygiene conditions while retaining all the desirable natural properties of the milk such as color, flavor, solubility and nutritional value.

Whole (full cream) milk contains about 87% water. Skim milk contains about 91% water. During milk powder production water is removed by boiling the milk under reduced pressure at low temperature in a process known as evaporation. The resulting concentrated milk is then sprayed in a fine mist into hot air to remove further moisture thus forming a powder. Approximately 13 kg of whole milk powder (WMP) or 9 kg of skim milk powder (SMP) can be made from 100 liters of whole milk. 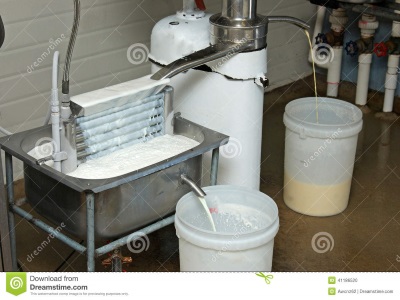 Separating the Milk:
From evaporator the milk runs through the separator which removes the cream or butterfat. The butterfat is placed in a separate storage tank to be used later. The skim milk now moves to the tanks where standardizing takes place.

Standardizing the Milk:
After the milk has been separated, it is then standardized which means the different components of the milk are mixed automatically until we have a consistent product. Every batch must be exactly the same. For example, in our whole milk operation, the milk must contain 8.8% solids and 3.4% butterfat which comes to 12.2% total solids. Depending on the seasons of the year and other environmental conditions, these levels fluctuate in raw milk directly from the dairies. If the solids are below 8.8%, we condense until the desired milk solid percentage is reached. Then we add 3.4% butterfat.

The conventional process for the production of milk powders starts with taking the raw milk received at the dairy factory and pasteurizing and separating it into skim milk and cream using a centrifugal cream separator. If WMP is to be manufactured, a portion of the cream is added back to the skim milk to produce a milk with a standardized fat content (typically 26-30% fat in the powder). Surplus cream is used to make butter or anhydrous milk fat.
The remaining evaporated, condensed milk is turned into powdered milk. Depending on our customer’s needs, we standardize this milk with butterfat levels ranging from less than 1% all the way up to 30% fat. Most of the milk powder we make, however is either non-fat milk or whole milk powder which contains 0% to 28.5% butterfat after it’s been reconstituted. It is impossible to see the difference between these two powders with the naked eye. But there is a huge difference in the taste. After the condensed milk has been standardized, it’s next stop is the drying tower.

WHY THE NEED TO MEASURE HUMIDITY?
Optimum dryer performance can be attained by monitoring the inlet and outlet flow to and from the dryer. Both, air temperature and relative humidity are measured.

In most cases two probes are installed on each dryer. One is installed on the inlet and one on the outlet exhaust. The relative humidity and temperature measurement will then be used to balance the dryer for optimum drying, thus reducing energy costs.

Here are some of my favorite canning recipes. I guess they are my favorites because I grow many of these items myself in my garden and orchard. You can also find literally hundreds of canning recipes, and more information on canning techniques in The Lost Ways

The next step in the process is “preheating” during which the standardized milk is heated to temperatures between 75 and 120 °C. The milk is held in this condition for a specified time ranging from a few seconds up to several minutes (pasteurization: 72 °C for 15 s). Preheating causes a controlled denaturation of the whey proteins in the milk and it destroys bacteria, inactivates enzymes, generates natural antioxidants and imparts heat stability. The exact heating/holding regime depends on the type of product and its intended end-use. High preheats in WMP are associated with improved shelf life but reduced solubility. Preheating may be either indirect (via heat exchangers), or direct (via steam injection or infusion into the product), or a mixture of the two. Indirect heaters generally use waste heat from other parts of the process in order to reduce energy costs. 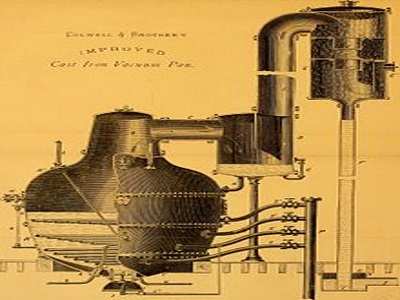 Turning The Condensed Milk Into Milk Powder: Two types of drying are the spray nozzle and the newer atomization system. There are still many spray dryers in operation today. These dryer towers or dryers are 22 foot diameter cans that rise 12 stories into the air. In the top of the column are four spray nozzles that spray a fine mist of condensed milk into 400 degree F. swirling air. As the milk droplets fall, the swirling air quickly removes the water out of the droplets of milk until all that’s left is a small particle of milk powder not much larger than a speck of dust. As it falls, the air cools to about 250 degrees F until it settles into the funnel shaped hopper in the bottom of the tower where it’s removed. The operators can carefully control the moisture level of the finished product by controlling the swirling air in the tower.
In the evaporator, the preheated milk is concentrated in stages or “effects” from around 9.0% total solids content for skim milk and 13% for whole milk, up to 45-52% total solids. This is achieved by boiling the milk under a vacuum at temperatures below 72°C in a falling film on the inside of vertical tubes, and removing the water as vapor. This vapor, which may be mechanically or thermally compressed, is then used to heat the milk in the next effect of the evaporator which may be operated at a lower pressure and temperature than the preceding effect. Modern plants may have up to seven effects for maximum energy efficiency. More than 85% of the water in the milk may be removed in the evaporator. Evaporators are extremely noisy because of the large quantity of water vapor traveling at very high speeds inside the tubes.

Spray drying involves atomizing the milk concentrate from the evaporator into fine droplets. This is done inside a large drying chamber in a flow of hot air (up to 200 °C) using either a spinning disk atomizer or a series of high pressure nozzles. The milk droplets are cooled by evaporation and they never reach the temperature of the air. The concentrate may be heated prior to atomization to reduce its viscosity and to increase the energy available for drying. Much of the remaining water is evaporated in the drying chamber, leaving a fine powder with around 6% moisture content with a mean particle size typically of <0.1 mm diameter. Final or “secondary” drying takes place in a fluid bed, or in a series of such beds, in which hot air is blown through a layer of fluidized powder removing water to the point of a moisture content between 2-4%.

Turning Regular Powdered Milk Into Instant Powered Milk: It’s also in the drying tower where regular milk is turned into instant milk. This can be done ‘on the fly.’ First, not more than 0.2% lecithin is sprayed on the finer, dry milk particles that have been sifted out of the rest of the milk. The lecithin makes the powdered milk dissolve better. It’s then moved back to the top of the drying tower and fed into the top of the tower near the spot where the atomizer is breaking up the condensed milk into microscopic droplets. As the dry and wet particles are mixed together, the wet particles stick to the dry particles and at the same time form air pockets. This larger particle dries as it falls down through the swirling air. This process gives you a much lighter product that is much more easily penetrated by water. Nutritionally, there’s very little difference between instant and regular powdered milk. It’s virtually the same product except the instant milk powder is less dense and mixes more easily in water. Although Lecithin is a very healthy food, there hasn’t been enough added to the instant milk to show any differences in the nutritional data tables between the two. Concerning flavor, you shouldn’t be able to tell the difference between them, either.

The last step in the process is to package it and send it to the customer. We send powdered milk in plastic lined 50 lb bags. Then they repackage it for long term storage.

Milk powders are immensely more stable than fresh milk but protection from moisture, oxygen, light and heat is needed in order to maintain their quality and shelf life. Milk powders readily take up moisture from the air, leading to a rapid loss of quality and caking or lumping. The fat in WMPs can react with oxygen in the air to give off-flavors, especially at higher storage temperatures (> 30°C) such as found in the lower latitudes of the Tropics. Milk powder is packed into either plastic-lined multi-wall bags  or bulk bins.

Back To Basics: 4 Types Of Homemade Cheese