Are you ever too old to seriously consider Prepping? At a certain age, is there any point anymore? These are good questions that I have heard before but I received a comment on the blog over the Christmas holidays from someone asking me something very similar to this. His question/suggestion is below:

You guys should do an article on the issues of an aging prepper! At what point does one opt to stand his ground because, physically, he/she cannot cover much ground? Food for thought. Looking forward to the possibility of an article such as this since I’m 50 yrs old and prepping like I’m 20. What one puts in his/her bug out bag may be sold because age doesn’t allow for running.

I started to ponder this note and began to respond but I thought that there might be other preppers who had the same question so I decided to write my thoughts and observations about this topic and see if we could get some responses from you on this reader’s question as well.

So let’s start with the framework of this question and that would be to wrap a definition around prepping. In order to discuss whether or not someone should do anything, we need to have a shared understanding of what the thing is. What is Prepping? To me, prepping is a lot of things, but at its most basic; Prepping is simply the act of recognizing potential threats to your health or safety and acting proactively to minimize either the threat or the severity of the consequences of that threat. Even that definition seems too complicated but I think it’s accurate. Webster’s breaks this down to the basic “to make yourself ready for something”. That could be dinner or a date or painting a wall, so I will stick with my definition in the scope of the current culture of Prepping for now. 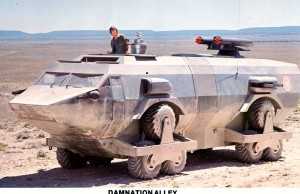 The word prepping has so many connotations today from a lot of sources, not the least of these is Doomsday Preppers. Preparing for some version of your own private Doomsday is certainly a valid exercise and excuse to Prep. Don’t get me wrong – I love watching that show but the difference to me though is that the people highlighted on Doomsday Preppers are not indicative of most Preppers. Frequently when you say Prepper, the first thing that comes to some people’s mind is the guy in his Mad Max, bullet proof, wood gassifier fueled bus blowing through a barricade of flaming cars. That simply isn’t realistic to the majority of people who consider themselves Preppers, in my opinion.

Back to the definition of prepping – perhaps it’s even simpler to say Prepping is just getting ready for bad stuff to happen. Bad stuff has been happening to people since man first walked on Earth so it makes absolutely perfect sense to me to do what you can to make sure the chances of it happening to you or your family are lower.

What does youth have to do with Prepping?

So onto the crux of this article, what does youth have to do with Prepping or to paraphrase my friends specific question above, ‘what point do you stand your ground because you are too old to run’. A lot of the ideas and concepts we so cavalierly discuss with prepping are honestly derived from military tactics, actions or skills and you would think a lot of Preppers have watched a few too many Rambo movies. We talk about Bugging Out, which is essentially strapping a big bag with all your supplies on your back and walking into the sunset. We talk about defending our homes from bad guys or hungry people who want your supplies and fighting off marauders with an arsenal of semi-automatic weapons. We frequently discuss making a stand and living completely self-sufficiently in the face of anarchy or economy collapse. This is the stuff of movies and Armies, which are usually made up of our youngest and most healthy people. Do you really expect the average 60 year old woman (I am generalizing here) to strap on a 50lb pack and walk 75 miles through the woods to get to her hidden retreat in the woods? Does the average person have a secret retreat in the woods? No.

Some of the more physical aspects of the prepping dialog seem skewed to younger people. I have written a couple of articles in the past on the subject of making sure your Bug Out bag isn’t so heavy that it gets you killed and my own personal beliefs on whether or not you should entertainthe concept of Bugging Out in the first place. If you don’t take age into consideration, it would seem that from all the indications on the TV shows, we should logically all be planning to go on forced marches into the woods to take up defensive preparations against some unknown enemy. Why else would just about every Bug Out checklist have a shovel in it?  I think that may be necessary in one possible worst case scenario, but I for one am not making that the first thing I worry about. There are far too many other more likely scenarios I am preparing for first.

With age comes wisdom, perspective and hopefully knowledge. I can remember easily just how gung-ho I was in the Army when I was in my late teens and early twenties. The song 10 foot tall and bulletproof comes to mind but life has a way of teaching you lessons if you are willing to learn. Now having blown past my own 40th  birthday some time ago I think I have a different outlook on a lot of things.

Can you ever be too old to Prep?

The simple answer is no, but how you prep should change with your age and your physical ability. That’s just good common sense. Let’s take overall physical health out of the equation and simply focus on age. I know that there are some women in their 70’s that could probably out bench press me and I personally never want to meet a woman who can do that. However, the average woman in her 70’s is not as strong and does not have the same endurance as a woman in her 20’s. It’s the same way with men. I know there are some 50 year old men who could run circles around 18 year old’s, but they aren’t the norm.

As you get older, unless you spend a heck of a lot of time working out you will be able to do less than someone half your age. When we talk about bugging out and hiking into the woods, you have to analyze what that reality looks like for yourself. Could you do that? Do you want to in the first place? Now, just because you can’t or don’t plan to bug out into the wilderness, does that mean you can’t do other things to prepare yourself or your family? Not at all. In fact, I would argue that the overwhelming majority of things we ‘Preppers’ like to recommend are easily done by almost any person, in relatively any physical condition.

Just take a look at my top four most important items (Food, Water, Shelter and Security). The goals that I think each and every family should strive for are easily achieved no matter what your age is. Everyone has to eat and drink water, so this doesn’t change as you get older neither does your ability to do this (eat and drink) just as well as the young whippersnappers. Older people are usually in better shape when it comes to having a place to live and can afford or have already acquired the basic firearms recommended for personal security. If you only master these 4 areas alone you will be better off than 99% of all the 20 somethings in the world should we have some type of disaster or SHTF event.

Age shouldn’t preclude you from planning a bug out bag either, but what you pack in there and how you should expect to use it should be relevant to your age and fitness level. Unless you are bedridden, you have the ability to prepare, to improve your health, increase your chances of survival and your own personal prepping situation.  Don’t ever let age make you think you can’t do something –  you can. You just might have to use that wisdom you have worked so hard to achieve to come up with a better plan for yourself.

To finish, I am not for a second suggesting that anyone in their 50′s should resign themselves to a life of Ensure and sitting in the recliner watching Matlock reruns. At 50 you have a lot of advantages over people in their 20′s when it comes to prepping. You just have to realize your strengths and play to them.

28 Benefits to Prepping Even if TEOTWAWKI Doesn’t Come

1 thought on “Can You Ever be Too Old to Prep?”