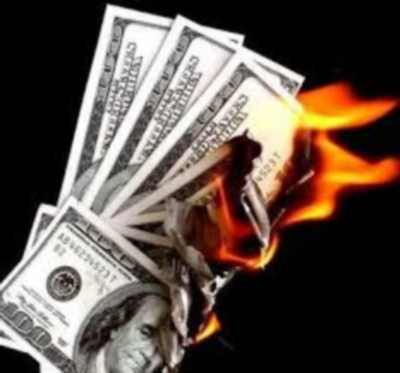 Commentary: Disaster strikes like a thief in the night, a Mack truck accelerating

SAN LUIS OBISPO, Calif. (MarketWatch) — Imagine, you’re in the exciting new 21st century. Civilization still exists on Planet Earth. Wall Street’s still in business. But you’re still asking: Why can’t we hear the next crash? Are we deaf? No. The warnings are always long and loud. So why can’t we “hear” them? In fact, it’ll get worse. Here’s why …

Yes, crashes will keep coming: History lesson: The 1929 crash led to the Great Depression. On March 20, 2000 we warned: “Next crash? Sorry, you’ll never hear it coming.” Few listened. The 1990’s dot-com mania led to Wall Street losing $8 trillion in the 2000-2003 bear-market recession. Nothing changed. Another round of warnings roared from 2004 into 2008. Few listened. Another crash. Wall Street lost even more, $10 trillion.

Through much of 2013, pundits warned how bad the market really was. Then in December the Wall Street Journal revealed that after 13 years in negative territory, Wall Street’s “Lost Decade” (which lasted from the 2000 crash to the end of 2013), finally broke even on an inflation-adjusted basis.

And here we are panicking again, fearing that 1929 will repeat in 2014: Wall Street, Main Street, tens of millions of Americans, the Fed, SEC, all of Washington. Yes, outward calm. Inside? You guessed it, total Panicville. Especially following Mark Hulbert’s thought-provoking: “Scary 1929 market chart gains traction.”

But even scarier? That “consensus,” the “predictably irrational” defense the bulls countered with in “Consensus on ‘scary’ 1929 chart: Enough already, it’s not happening.” For one thing, that so-called “consensus” actually proves Hulbert’s point: Investors really are worried he’s onto something, afraid the market may indeed be close to repeating the 1929 crash.

Never trust a “consensus,” they invariably miss the mark, prove nothing. Any so-called consensus of “predictably irrational” readers and some professional traders must be suspect. Remember Profs. Terry Odean and Brad Barber’s research conclusions: Most traders lose money more than 80% of the time? You can’t trust a “consensus.”

We’ve been tracking cycles, trends, waves, patterns and charts for a long time, since publishing our Future News Index back a couple decades ago. And noticeably since early last year they’ve been riding wide, wild and acting unpredictably irrational:

Warnings yes, but nobody listened. Yes, we hear them. All of them. But with bulls and bears fighting, contradicting, messages get neutralized. And ignored, as crash after crash we watch investors lapse into denial, till too late. That cycle’s centuries old.

Why? Because investors keep playing musical chairs. Love gambling, the hunt, the thrills. Yes, they know bulls always peak, pop. But not when. So they keep pushing the envelope. Squeezing out just one more win. Convinced they will get out in time.

Early warnings of a crash are dismissed over and over (“just a temporary correction”). They gradually numb us about the inevitable. Time after time we forget history’s lessons. Until finally a big surprise catches us totally off-guard. Financial historian Niall Ferguson put it this way: Before the crash, our world seems almost stationary, deceptively so, balanced, at a set point. So that when the crash finally hits — as inevitably it will — everyone seems surprised. And our brains keep telling us it’s not time for a crash.

Till then, life just goes along quietly, hypnotizing us, making us vulnerable, till a shocker like Lehman Brothers upsets the balance. Then, says Ferguson, the crash is “accelerating suddenly, like a sports car … like a thief in the night.” It hits. Shocks us wide awake.

One moment we’re playing musical chairs, excited, in denial, convinced we can pocket a few more winnings before the inevitable. Convinced we know when, where, how to exit. Then the “thief in the night” suddenly attacks, catches us by surprise. Even then, in our denial, we may keep telling ourselves it’s just another short-term correction in a hot bull market. Until suddenly, it’s more than an accelerating sports car … it’s a Mack truck roaring loudly.

Both optimism and fear are inside jobs. But the early warnings come long and loud from outside us. But our brains are programmed, constantly choosing between this new information and our long-held beliefs, personal biases and ideologies. Which invariably override new information to the contrary. How else can we explain why just before the 2008 global banking collapse our own Treasury secretary, a long-time former CEO of Goldman Sachs, told Fortune that the economy was the best he had seen in his professional lifetime? It was not. But his belief wouldn’t let him be confused by the facts.

How to predict a crash? The secret is programmed in your brain, your genes, your psychological personality profile. You’ll do what you always do. Look within. You’ll keep playing your own version of musical chairs, either naturally bullish or naturally bearish, timing your exit strategy to suit your risk tolerance, your judgments, your beliefs, biases, ideologies, not the data.

Yes, you will read new warnings, like “ Soros doubles a bearish bet on the S&P 500, to the tune of $1.3 billion.” You may double down too. Or do nothing. You may listen to Hulbert, Gross, Gundlach, Ellis, Shilling, Roubini and Schiff. And still do nothing. Or something. You will listen, take it all in, and do what you always do. Your way, based not so much on all the warnings, the facts, evidence, predictions. Rather you’ll make your own decisions based on some inner consensus of voices that always guides you from deep inside your brain.

But when the Mack truck suddenly shifts into high gear … accelerating rapidly … finally catching all of us by surprise… none of this will matter … you’ll never hear it coming … till too late … few did in 1929, in spite of all the warnings … you didn’t hear in 2000 … nor in 2008 … nobody will in 2014 … the Mack truck will finally catch all by surprise, once again. 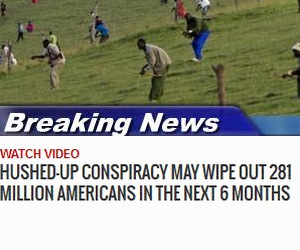