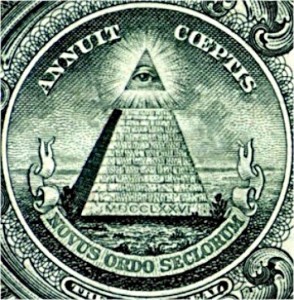 While the US is celebrating a (supposed) recovery, other big parts of the global financial system are behaving as if some sort of deflationary crash is just around the corner. In Europe, for instance, interest rates are not just declining, they’re plunging.

The Unprecedented Chase for Yield

The major market surprise of 2014 so far has been the extent of investors’ appetite for yield in the developed fixed income markets. It has been quite spectacular. The Eurozone in particular has been a key beneficiary of this trend. We’ve seen German government bond yields hit a low not seen in almost a year (see Twitter post), but the real action has taken place in the periphery bonds. We are seeing multi-year and even all-time lows in government bond yields. And this trend is not limited to sovereign paper. European corporate high yield bonds are now yielding just over 3.6% on average – a record low. Let’s just put this in perspective – this is sub-investment-grade paper trading at these levels.

Why are European crappy-bond yields collapsing? Because everyone now expects the European Central Bank to start buying this paper at any price.

The ECB Focusing on Downside Risks

The ECB struck a dovish tone this morning, with Draghi hinting that the Governing Council is prepared to take action.

BBC: – He said that the 24-member ECB council was “dissatisfied about the projected path of inflation” and is “not resigned to have too low inflation for too long a time”.

… he added that the ECB was “comfortable with acting next time”, raising expectations that the bank could alter policy in June.
Eurozone bonds rallied in response, with periphery yields hitting new lows.

Draghi: – … although labor markets have stabilized and shown the first signs of improvement, unemployment remains high in the euro area and, overall, unutilized capacity continues to be sizable. Moreover, the annual rate of change of MFI loans to the private sector remained negative in March and the necessary balance sheet adjustments in the public and private sectors continue to weigh on the pace of the economic recovery.

The risks surrounding the economic outlook for the euro area continue to be on the downside. Geopolitical risks, as well as developments in global financial markets and emerging market economies, may have the potential to affect economic conditions negatively. Other downside risks include weaker than expected domestic demand and insufficient implementation of structural reforms in euro area countries, as well as weaker export growth.

However it remains unclear what options the ECB really has. A traditional bond buying program could be difficult, given the unease in the Eurozone core with the central bank taking on more periphery credit risk. And a program focused on ABS and other consumer and corporate credit products will be limited in scope (see post).

The ECB is hoping that this dovish language by itself will ease monetary conditions. It has worked so far by lowering bond yields and capping euro’s appreciation. But with the Eurosystem’s balance sheet continuing to decline (draining liquidity), will talk be enough? Concerns That China could be slipping into deflation were sharpened on Friday as official figures showed annual inflation fell sharply in April to its lowest level in 18 months, raising concerns about the risk of deflation in the world’s second-largest economy.

Annual inflation fell to 1.8pc in April, its lowest in 18 months, the National Bureau of Statistics (NBS) said in a statement. This compares with 2.4pc in March and was the slowest pace of growth since October 2012, when inflation stood at 1.7pc.
The April figure was also well below the 3.5pc annual inflation target set by Beijing and added to analysts’ worries that deflation could be looming as Chinese growth slows.

Moderate inflation can be a boon to consumption as it encourages consumers to buy before prices rise, but economists say falling prices encourage consumers to put off spending and companies to delay investment, both of which act as brakes on growth.

The producer price index (PPI), a measure of costs for goods at the factory gate, fell by 2pc year-on-year in April, the NBS said in a separate statement, its 26th month of deflation, albeit less steep than its 2.3pc decline in March.

“As the PPI inflation remained negative for more than two years and the PPI is an important leading indicator for CPI, the risk of deflation is looming large on the horizon,” ANZ economists Liu Ligang and Zhou Hao said in a research note.

Bank of America Merrill Lynch economists Lu Ting and Zhi Xiaojia said in a report that the CPI figure was “below market expectations” and reflected “the weakness of aggregate demand including both consumption and investment”.

A survey of China’s manufacturing sector by HSBC showed the sector contracted for a fourth consecutive month in April. In contrast, last week the government’s official survey remained in marginal expansion.

Some thoughts
Remember that this tip into deflation is happening after five years of economic recovery. Generally by this point in a cycle deflation is the last thing anyone is worried about. It’s all asset bubbles and accelerating prices and anxiety over when the central bank or the bond vigilantes will start aggressively raising interest rates. This time around the global financial system is suffering from a serious case of bipolar disorder, with bubbles in equities, art, and high-end real estate pushing up asset prices, while in Europe and China growth is slowing and consumer price inflation is trending towards zero.

How can these conditions co-exist? Blame it on debt, old and new. The global recovery was due mainly to China borrowing something like (no one really knows for sure) $15 trillion and spending it on infrastructure projects which pumped up demand for pretty much everything everywhere. But the now-completed projects aren’t generating enough cash flow to cover the related interest. So huge sections of that economy are grinding to a halt.

Europe’s excess debt was taken on in the previous recovery, and now sits like a lead weight on the balance sheets of Spanish homeowners, Greek small businesses and German banks. No one wants to borrow or lend while still encumbered by the mistakes of hubris past.

Meanwhile, the ECB has been operating as if it were a legitimate central bank in normal times, by focusing on stable prices and a strong currency.

A strong currency did indeed used to be a sign of wise monetary policy. But in a system with excessive debt, it’s a recipe not for stability but for crisis, as existing debt has to be paid off in more expensive currency and the resulting deflation becomes a “capital-D” Depression. This is the modern central banker’s nightmare, and the reason why the ECB appears to have accepted the inevitability of vacuuming up trillions of euros of sub-prime debt.

So which trend wins? Do soaring equity and real estate prices take the world into an inflationary spiral, or do falling prices in Europe and China pull down everything else? Or do they offset each other and produce another five years of low growth and rising inequality?

That depends on how the bubble sectors respond to the ECB’s shock-and-awe debt monetization — or to China’s, when and if its credit problem becomes a credit crisis. Because the one thing that we have (or should have) learned from the past few decades is that new currency, once created, goes where it wants to go rather than where its creators hope.

Inflation? Only If You Look At Food, Water, Gas, Electricity And Everything Else