It was the ticker that launched a thousand tweets. Stretched across the bottom of the TV screen, a question that made close to no sense and yet was completely understandable.

“Ebola: ‘The ISIS of biological agents?'”

CNN rightly became the butt of jokes this week as a result of that comparison. In addition to the flurry on Twitter, Stephen Colbert mocked “Ebolapalooza,” and Teju Cole riffed in the New Yorker, “You need to understand that Ebola (the Obama of Osama, but don’t quote me) is literally the ‘Some of my best friends are black’ of #NotAllMen.”

Metaphors are always strained when taken literally. No one is really more temperate than a summer’s day, concise explanations don’t actually reside in nutshells, life is not truly a female dog. And the hemorrhagic fever that has now claimed 3,865 lives in West Africa is not in fact a jihadist Sunni terror organization claiming statehood in Iraq and Syria. CNN’s juxtaposition of Ebola and the Islamic State was an absurdist rhetorical move, sure, but as far as metaphors go, it wasn’t completely out of left field (note the sports metaphor).

‘The Fight Against Ebola.’ Watch the VICE News documentary here.

We all know what the ticker meant, this being a political moment that has crystallized a concrete and fearsome enemy in the Islamic State. At base, the statement was asking: Assuming that the Islamic State is the worst, is Ebola also the worst? We can mock and chastise CNN for its fast-and-loose tabloid tactics. But with that one question, the news channel made text of a subtext running behind narratives framing both the Ebola epidemic and the growth of the Islamic State. Namely, that these aren’t just news events — they are how the world ends.

The issue is not whether the Islamic State is a ridiculous analogy for Ebola — of course it is. The real problem is that highly complex geopolitical situations are being reduced in the Western popular imaginary to apocalyptic fantasies. In isolation, the end-times anxieties attached to both the rise of the Islamic State and the spread of Ebola have been unfounded — little wonder that combining the paranoias produced an absurd effect on screen.

It’s unfair to heap all the blame on CNN when concerted political effort has been invested to establish the Islamic State as an unassailable “worst.” Over the summer, the Obama administration used the tried-and-tested tactic of comparing the Islamic State to the historical zenith of evil, the Nazis. The performed and publicized brutality of Islamic State militants was not enough, it seems. The rhetorical case for war was made with Nazi analogies and more; Defense Secretary Chuck Hagel called the Islamic State’s vision “apocalyptic.”

A number of reports have pointed out that an end-of-days narrative plays an important role on the front lines in Syria, where many Sunni and Shi’ite fighters see their war as the manifestation of 7th Century prophesies of Muhammad, foretelling a great battle in Damascus and the end of the world as we know it. It is not, however, an interpretation of the hadith that is casting the Islamic State as a Horseman of the Apocalypse in the West. This panic is the response to the terror group’s swift rise, its frightening aptitude for producing terror through a visual language of barbarism, and fear-mongering intimations from our media and government that the Islamic State’s spread won’t be contained. The Islamic State may well have an apocalyptic vision, but there’s no doubt that the threat of the group to the West plays into an end-of-days imaginary of our own.

The spread of Ebola and the rise of the Islamic State both occupy a terrain of apocalyptic projection in the panicking Western collective consciousness. Which is not to say that the Islamic State’s murderous and brutal ways are not deadly real. Nor that the largest Ebola outbreak in history is not a frightening tragedy. The death of Liberian national Thomas Eric Duncan in Texas this week brought the grim reality of the virus to US soil. Yet the primary locus of suffering is not in the US, where the public health apparatus nullifies the threat of Ebola’s spread. It remains true that the primary beneficiaries of capitalist empire do not tend to die on dusty ground outside makeshift hospitals, bleeding from the eyes.

America was scared of Ebola before there was Ebola to fear. In so far as pop culture — particularly the horror genre — is a barometer of social anxiety, we’ve long been harboring concern about the potential of some deadly and exotic disease to annihilate us all. The modern Walking Dead-style zombie is not cursed; it is infected, mouth-a-froth with diseased blood. Not all contagion-zombie movies rely on foreignness as the site of danger — some of them barter more in the hubris of modern science — but all of them play out a fantasy of society’s annihilation through uncontainable disease. Hollywood tells of a libidinal desire for end times. 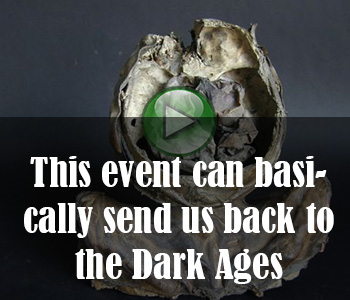 Jihadis promise to raise their flag over the White House, but we’ve already seen Pennsylvania Avenue occupied, exploded, and destroyed many times. Two 2013 films, Olympus Has Fallen and White House Down, depicted terrorists taking over the White House. As Willie Osterweil pointed out in Dissent, “No one went to White House Down expecting Jamie Foxx to be murdered and the United States to be completely destroyed by nukes. But desire is a strange thing, and these images, once unleashed, can be turned against their original ideological content.” The Islamic State self-consciously plays on Hollywood horror tropes in Western-aimed propaganda. The British-accented executioner in the video of Stephen Sotloff’s beheading taunted “I’m back,” like a B-horror flick serial killer.
We have seen, imagined and, yes, enjoyed our own destruction on screen so many times that annihilation-driven terrorists, or a real-life deadly virus epidemic, can swiftly trigger an apocalyptic imaginary. I’ll leave it to the Freudians to pontificate on the underpinnings of our death drive fantasies. It suffices here to say that Ebola triggers collective panic in the West more than, say, the dangers of driving because Ebola not only threatens lives, but ostensibly imperils human life itself. Similarly, the Islamic State seems to hit the nerve of a vertiginous fascination, the stuff of ancient mythology, with a battle for the End of Time, good vs. evil.

It is, as Camus wrote in 1956, “a system of a misguided intelligence that prefers, to the suffering imposed by a limited situation, the dark victory in which heaven and earth are annihilated.” And while we may not “prefer” extinction, we have dreamed of it. In this Western panic there’s a hint of twisted thrill in an ultimate morbid projection. And here again we must take account of our position and privilege in the US, where neither deadly epidemics nor jihad determine quotidian existence. As threats, not manifestations, these things are comparable.