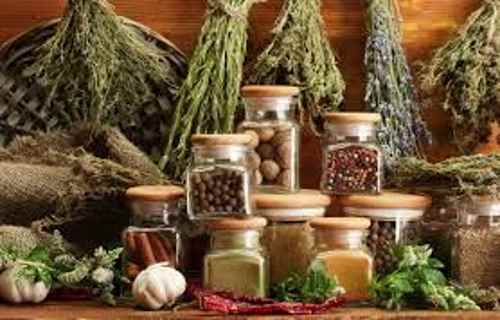 Across the ages, in every survival story, a disaster of some sort plays a prominent role. Sometimes the part is played by the government, sometimes it is played by Mother Nature, and other times, the role is taken on by a random mishap. If we have learned one thing studying the history of disasters, it is this: those who are prepared have a better chance at survival than those who are not.

Canning and Preserving Your Own Harvest 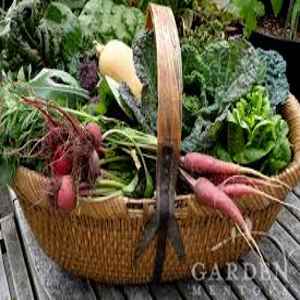 The term food preservation refers to any one of a number of techniques used to prevent food from spoiling. It includes methods such as canning, pickling, drying and freeze-drying, irradiation, pasteurization , smoking, and the addition of chemical additives. Food preservation has become an increasingly important component of the food industry as fewer people eat foods produced on their own lands, and as consumers expect to be able to purchase and consume foods that are out of season.

The search for methods of food preservation probably can be traced to the dawn of human civilization. People who lived through harsh winters found it necessary to find some means of insuring a food supply during seasons when no fresh fruits and vegetables were available. Evidence for the use of dehydration (drying) as a method of food preservation, for example, goes back at least 5,000 years. Among the most primitive forms of food preservation that are still in use today are such methods as smoking, drying, salting, freezing, and fermenting.

About Smoking Meat and Fish

Smoking was another fairly common way to preserve meat, especially fish and pork. Meat would be cut into relatively thin, lean strips, immersed briefly in a salt solution, and hung over a fire to absorb the smoke flavoring as it dried — slowly. Occasionally meat might be smoked without a salt solution, especially if the type of wood burned had distinctive flavoring of its own. However, salt was still very helpful because it discouraged flies, inhibited the growth of bacteria, and hastened the removal of moisture.

Fermentation is a naturally occurring chemical reaction by which a natural food is converted into another form by pathogens. It is a process in which food spoils, but results in the formation of an edible product. Perhaps the best example of such a food is cheese. Fresh milk does not remain in edible condition for a very long period of time. Its pH is such that harmful pathogens begin to grow in it very rapidly. Early humans discovered, however, that the spoilage of milk can be controlled in such a way as to produce a new product, cheese.

Methods of pasteurization called for the heating of milk to a temperature between 145 and 149°F (63 and 65°C) for a period of about 30 minutes, and then cooling it to room temperature. In a more recent revision of that process, milk can also be “flash-pasteurized” by raising its temperature to about 160°F (71°C) for a minimum of 15 seconds, with equally successful results. A process known as ultra-high-pasteurization uses even higher temperatures, of the order of 194–266°F (90–130°C), for periods of a second or more.

Canning is the process of applying heat to food that’s sealed in a jar in order to destroy any microorganisms that can cause food spoilage. Proper canning techniques stop this spoilage by heating the food for a specific period of time and killing these unwanted microorganisms. During the canning process, air is driven from the jar and a vacuum is formed as the jar cools and seals.

Although you may hear of many canning methods, only two are approved by the United States Department of Agriculture (USDA). These are water-bath canning and pressure canning:

Water-bath canning: This method, sometimes referred to as hot water canning, uses a large kettle of boiling water. Filled jars are submerged in the water and heated to an internal temperature of 212 degrees for a specific period of time. Use this method for processing high-acid foods, such as fruit, items made from fruit, pickles, pickled food, and tomatoes.

Pressure canning: Pressure canning uses a large kettle that produces steam in a locked compartment. The filled jars in the kettle reach an internal temperature of 240 degrees under a specific pressure (stated in pounds) that’s measured with a dial gauge or weighted gauge on the pressure-canner cover. Use a pressure canner for processing vegetables and other low-acid foods, such as meat, poultry, and fish.

Immersing fresh vegetables and other foods in a liquid solution of salt brine was a fairly common practice in medieval Europe. In fact, although the term “pickle” didn’t come into use in English until the late Middle Ages, the practice of pickling goes back to ancient times. Not only would this method preserve fresh food for months so that it could be eaten out of season, but it could infuse it with strong, piquant flavors.

The simplest pickling was done with water, salt and an herb or two, but a variety of spices and herbs as well as the use of vinegar, verjuice or (after the 12th century) lemon led to a range of pickling flavors. Pickling might require boiling the foods in the salt mixture, but it could also be done by simply leaving the food items in an open pot, tub or vat of salt brine with the desired flavorings for hours and sometimes days.

Once the food had been thoroughly infused by the pickling solution, it was placed in a jar, crock, or other airtight container, sometimes with a fresh brine but often in the juice in which it had marinated.

You Can Freeze All Foods

While it’s true most edibles freeze under the right conditions, there are some that should never see the inside of your freezer. Delicate vegetables like lettuce practically disintegrate when they’re frozen then thawed. Creamy sauces that are frozen separate and “break” or curdle when thawed. Even coffee shouldn’t be stored in the freezer—especially dark roasts. The oils that make them so special break down in freezing temperatures, allowing the coffee to readily absorb off- flavors. The USDA also advises not to freeze canned goods or eggs in their shell. (But you can freeze canned goods if they are removed from their original packaging, as well as eggs as long as they are removed from their shell.)

This is true at least from a food-safety standpoint, but quality suffers the longer food is frozen. Here are some guidelines from the USDA as to how long to keep food in your freezer (at 0 degrees F) for optimal freshness.

RELATED : What Are You Prepared to Do When Your Family Is Hungry?

Air drying differs from sun drying, since it takes place indoors in a well ventilated attic, room, or screened-in porch.

Herbs, hot peppers, and mushrooms are the most common air-dried items.

Herbs and peppers are not pretreated, but simply strung on a string or tied in bundles and suspended until dry.

Enclose them in paper bags to protect them from dust or other pollutants.

Takes two to three times longer to dry food in an oven than in a dehydrator; the oven is not as efficient and uses a great deal more energy than a dehydrator.

Drying in an oven is slower than in a dehydrator because ovens do not have built-in fans for the air movement.

To use your oven, check the oven dial to see if it has a reading as low as 140 degrees F. If the thermostat does not go this low, your food will cook instead of dry.

An oven thermometer placed near the food gives an accurate reading of the drying temperature.

About Preserving Foods with Salt

Salting was the most common way to preserve virtually any type of meat or fish, as it drew out the moisture and killed the bacteria. Vegetables might be preserved with dry salt, as well, though pickling was more common. Salt was also used in conjunction with other methods of preservation, such as drying and smoking.

One method of salting meat involved pressing dry salt into pieces of meat, then layering the pieces in a container (like a keg) with dry salt completely surrounding each piece. If meat was preserved this way in cold weather, which slowed down the decomposition while the salt had time to take effect, it could last for years. Vegetables were also preserved by layering them in salt and placing them in a sealable container such as an earthenware crock.

Another way to preserve food with salt was to soak it in a salt brine. While not as effective a long-term method of preservation as packing in dry salt, it served very well to keep food edible through a season or two.

Whatever method of salt preservation was used, the first thing a cook did when he got ready to prepare the salted food for consumption was soak it in fresh water to remove as much of the salt as possible. Some cooks were more conscientious than others when it came to this step, which could take several trips to the well for fresh water. And it was next to impossible to remove all the salt, no matter how much soaking was done. Many recipes took this saltiness into account, and some were designed specifically to counteract or complement the salt flavor. Still, most of us would find preserved  food much saltier than anything we’re used to today.

Stocking the Pantry For Three Months Of Meals – Storing The Right Amount For Meals, Labeling Foods And Saving Money

The Present Legal Support for Seizing our Food and other Supplies