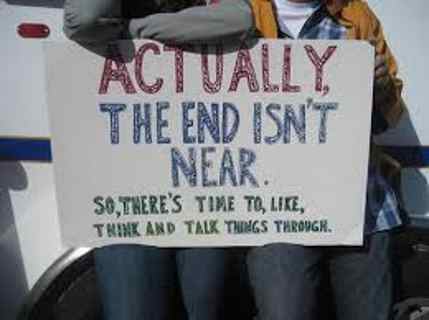 “In a nutshell, it’s the blueprint for Peacetime Martial Law and it gives the president the power to take just about anything deemed necessary for “National Defense”, whatever they decide that is.” (The Intel Hub)

While millions of people have been preparing for the possibility of a catastrophic event by relocating to rural homesteads or farms, as well as stockpiling food, water, personal defense armaments and other essential supplies with the intention of utilizing these preparations if the worst happens, the latest executive order signed by President Obama on March 16, 2012 makes clear that in the event of a nationally deemed emergency all of these resources will fall under the authority of the United States government.

Sec. 201.  Priorities and Allocations Authorities.  (a)

(b)  The Secretary of each agency delegated authority under subsection (a) of this section (resource departments) shall plan for and issue regulations to prioritize and allocate resources and establish standards and procedures by which the authority shall be used to promote the national defense, under both emergency and non-emergency conditions.

The new order provides specific definitions for each of these essential infrastructure elements, indicating that all resources, not just those owned by large farms and businesses, are to be directly controlled by the government. Thus, if you think the investments you made in digging a water well, building a solar array, or stockpiling food were for your own personal use, think again:

(b)  “Energy” means all forms of energy including petroleum, gas (both natural and manufactured), electricity, solid fuels (including all forms of coal, coke, coal chemicals, coal liquification, and coal gasification), solar, wind, other types of renewable energy, atomic energy, and the production, conservation, use, control, and distribution (including pipelines) of all of these forms of energy.

(c)  “Farm equipment” means equipment, machinery, and repair parts manufactured for use on farms in connection with the production or preparation for market use of food resources.

(e)  “Food resources” means all commodities and products, (simple, mixed, or compound), or complements to such commodities or products, that are capable of being ingested by either human beings or animals, irrespective of other uses to which such commodities or products may be put, at all stages of processing from the raw commodity to the products thereof in vendible form for human or animal consumption.  “Food resources” also means potable water packaged in commercially marketable containers, all starches, sugars, vegetable and animal or marine fats and oils, seed, cotton, hemp, and flax fiber, but does not mean any such material after it loses its identity as an agricultural commodity or agricultural product.

(f)  “Food resource facilities” means plants, machinery, vehicles (including on farm), and other facilities required for the production, processing, distribution, and storage (including cold storage) of food resources, and for the domestic distribution of farm equipment and fertilizer (excluding transportation thereof).

(n)  “Water resources” means all usable water, from all sources, within the jurisdiction of the United States, that can be managed, controlled, and allocated to meet emergency requirements, except “water resources” does not include usable water that qualifies as “food resources.”

Additionally, like the Selective Service established to draft Americans into the military in the event of war, all Americans are automatically registered for the National Defense Executive Reserve, an agency responsible for identifying experts and skilled laborers for jobs that may need to be performed during a national security. That means your entire work history is now stored, aggregated and flagged in a national database and you can be called on at any time and forced into service for national security reasons at a government-run institution or labor camp:

Sec. 501.  National Defense Executive Reserve.  (a) In accordance with section 710(e) of the Act, 50 U.S.C. App. 2160(e), there is established in the executive branch a National Defense Executive Reserve (NDER) composed of persons of recognized expertise from various segments of the private sector and from Government (except full time Federal employees) for training for employment in executive positions in the Federal Government in the event of a national defense emergency.

(d)  The head of each agency with an NDER unit may exercise the authority under section 703 of the Act, 50 U.S.C. App. 2153, to employ civilian personnel when activating all or a part of its NDER unit.  The exercise of this authority shall be subject to the provisions of sections 501(e) and (f) of this order and shall not be redelegated.

(1)  collect and maintain data necessary to make a continuing appraisal of the Nation’s workforce needs for purposes of national defense;

(3)  upon request from the head of an agency with authority under this order, consult with that agency with respect to:  (i) the effect of contemplated actions on labor demand and utilization; (ii) the relation of labor demand to materials and facilities requirements; and (iii) such other matters as will assist in making the exercise of priority and allocations functions consistent with effective utilization and distribution of labor;

The EO also outlines compensation for resources and labor that may be seized by the government. Payments would be made debt receipts and overseen by the Treasury Department in conjunction with the Federal Reserve. Similar to compulsory eminent domain provisions, a government official would determine what your land, resources or labor are worth, and you would have no choice but to agree to that value:

Sec. 301.  Loan Guarantees.  (a)  To reduce current or projected shortfalls of resources, critical technology items, or materials essential for the national defense, the head of each agency engaged in procurement for the national defense, as defined in section 801(h) of this order, is authorized pursuant to section 301 of the Act, 50 U.S.C. App. 2091, to guarantee loans by private institutions.

(b)  Each guaranteeing agency is designated and authorized to:  (1) act as fiscal agent in the making of its own guarantee contracts and in otherwise carrying out the purposes of section 301 of the Act; and (2) contract with any Federal Reserve Bank to assist the agency in serving as fiscal agent.

As of March 16, 2012, your land, your food, your water and your abilities as a laborer are now a wholly owned subsidiary of the United States government at any time they choose to initiate the provisions of this order, which according to the order itself, can be during an emergency or a non-emergency.

While some reports indicate that the general impact of this new executive order is negligible, when considered with the broader implications including the  introduction and passage of laws allowing for the indefinite detention of American citizens without charge or trial, restricting the general assembly of individuals to protest, the establishment of an internet ‘kill switch’ contingency plan and jamming of all non-government communications, the existence of FEMA refugee and detainment camps, coupled with confirmations that the U.S. government is training members of the armed forces for domestic policing duties and preparing for economic collapse and civil unrest, this latest legislation may very well be the final nail in the coffin for American liberty as we have known it under the US Constitution.

When implemented simultaneously with existing laws and Presidential orders, the National Defense Resources Preparedness executive order establishes a clear chain of command and control over all aspects of American life in what can only be described as a police state under martial law.

*Special Thanks to Readers: This recent executive order from the President has obviously struck a nerve. At last count we’ve received over 50 emails alerting us to this story since Saturday afternoon. Within 48 hours of this order being signed there already seems to be a massive public outcry. This is, by all accounts, one of the most, if not the most, dangerous laws enacted in American history. The NDAA, it seems, was merely a warm-up.