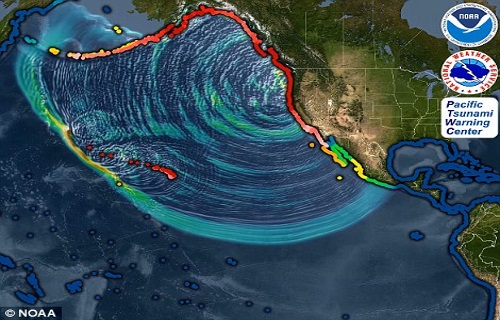 Latest research suggests that the San Andreas and San Jacinto faults might have ruptured together in the past, and may again trigger more powerful destruction
Measuring the level of threat posed by severe earthquakes that could bring havoc to southern California should be reviewed, according to scientists who believe the risk could be greater than previously thought.

The research centered on what has long been considered two distinct geological features: the Newport-Inglewood Fault and the Rose Canyon Fault. It turns out that these two systems are actually one continuous fault. Like an underwater scar, this fault traces a jagged route from San Diego Bay to the Los Angeles Basin. It runs parallel to several highly populated regions of the state and into Tijuana, Mexico, and is never more than 4 miles from shore. And, researchers say, an earthquake emerging from this fault could reach a magnitude of 7.4 on land—enough to cause considerable damage and deaths.

The enormous fault off the coast of the Pacific Northwest has been silent for three centuries. But after years of detective work, geologists have discovered that it can  unleash mayhem on an epic scale.

The warning follows latest research from a US geologist who found that two large faults in the region – the San Andreas and the neighbouring San Jacinto fault to its south – might have ruptured together in the past, producing an earthquake that caused damage as far north as San Buenaventura and was felt as south as San Diego.

“Looking at old earthquakes in general is really a good way to figure out what faults are capable of doing,” said Julian Lozos, assistant professor of geophysics, California State University, Northridge, who conducted the research.

The odds of the earth moving beneath the feet of Southern Californians just got a lot higher. According to a newly published study, a fault line that stretches along that coast could produce earthquakes far more severe than previously suspected.

Now scientists are calling attention to a dangerous area on the opposite side of the Ring of Fire, the Cascadia Subduction Zone, a fault that runs parallel to the Pacific coast of North America, from northern California to Vancouver Island. This tectonic time bomb is alarmingly similar to Tohoku, capable of generating a megathrust earthquake at or above magnitude 9, and about as close to Portland, Seattle, and Vancouver as the Tohoku fault is to Japan’s coast. Decades of geological sleuthing recently established that although it appears quiet, this fault has ripped open again and again, sending vast earthquakes throughout the Pacific Northwest and tsunamis that reach across the Pacific.

What happened in Japan will probably happen in North America. The big question is when.

In the early 1980s, two Caltech geophysicists, Tom Heaton and Hiroo Kanamori, compared Cascadia to active quake-prone subduction zones along the coasts of Chile and Alaska and to the Nankai Trough off the coast of Japan. They found more similarities than differences. In fact, they found that the biggest megathrust events in these other zones were directly related to young, buoyant plates’ being strongly coupled to the overlying landmass at shallow angles—which fit the description of Cascadia perfectly. Bottom line: If giant ruptures could happen there—in Chile, Alaska, or Japan—the same would probably happen here, in the Pacific Northwest.

The problem, as Heaton explained it to me, was that there was no direct physical sign of earthquakes. All the comparison studies in the world could not prove unequivocally that Cascadia’s fault had ruptured in the past. What everyone needed and wanted was forensic evidence. In the breach, significant doubt and strong disagreement had separated the scientists into opposing camps. “There was plenty of skepticism out there among geophysicists that the zone really was capable of doing this stuff,” confirms paleogeologist Brian Atwater of the U.S. Geological Survey at the University of Washington in Seattle.

The only thing that could put an end to the back-and-forth debate would be tangible signs of past ruptures along the entire subduction zone. If the two plates were sliding past each other smoothly, at a constant rate, and without getting stuck together, then there should be a slow, continuous, and irreversible rise in land levels along the outer coast. On the other hand, if the two plates were stuck together by friction, strain would build up in the rocks and the upper plate would bend down along the outer edge and thicken inland, humping upward until the rocks along the fault failed. In the violent, shuddering release of strain during an earthquake, the upper plate would snap to the west, toward its original shape. The clear signal—the geodetic fingerprint—of a large subduction earthquake would be the abrupt lowering of land behind the beaches when the upper plate got stretched like taffy, snapped to the west, and then sank below the tide line.

The Governor´s Office of Emergency alerted residents that a heightened earthquake is threatening Southern California, after several small temblors that occurred deep under the Salton Sea were recorded by the Orange County Register last Thursday.

The latest warning was released after 142 temblors that started last Monday were registered near Bombay Beach. U.S. Geological Survey data revealed the magnitude of those quakes ranged from 4.3 to 5.7.

The U.S. Geological Survey published a hypothetical scenario of what a magnitude 7.8 earthquake on the San Andreas fault would look like. The scenario is still a useful look to imagine what an 8.2 would do to much of Southern California. Both earthquakes would bring generally the same intensity of shaking to Los Angeles, but the 8.2 earthquake would send more intense shaking to areas farther north and west, such as Santa Barbara and San Luis Obispo.

Here’s what could happen if it struck at 10 a.m. on a dry, calm Thursday in November, based on an earlier interview with Jones and according to the ShakeOut report:

The death toll could be one of the worst for a natural disaster in U.S. history: nearly 1,800, about the same number of people killed in Hurricane Katrina.

More than 900 could die from fire; more than 400 from the collapse of vulnerable steel-frame buildings; more than 250 from other building damage; and more than 150 from transportation accidents, such as car crashes due to stoplights being out or broken bridges.

Based on historical averages, the southern end of the fault—from Cape Mendocino, California, to Newport, Oregon—has a large earthquake every 240 years. For the northern end—from mid-Oregon to mid- Vancouver Island—the average “recurrence interval” is 480 years, according to a recent Canadian study. And while the north may have only half as many jolts, they tend to be full-size disasters in which the entire fault breaks from end to end.

Given that the last big quake was 312 years ago, one might argue that a very bad day on the Cascadia Subduction Zone is ominously overdue. It appears that three centuries of silence along the fault has been entirely misleading. The monster is only sleeping.
“We can’t predict earthquakes but we are trying to understand them better,” said Ludwig. “Ultimately we need to know how to prepare for them because we can’t stop them.”

We should all make sure we have the best home insurance we can. We should have emergency food and water supplies available. We should know what to do when an earthquake or other disaster strikes. None of us should wait until it’s too late.” 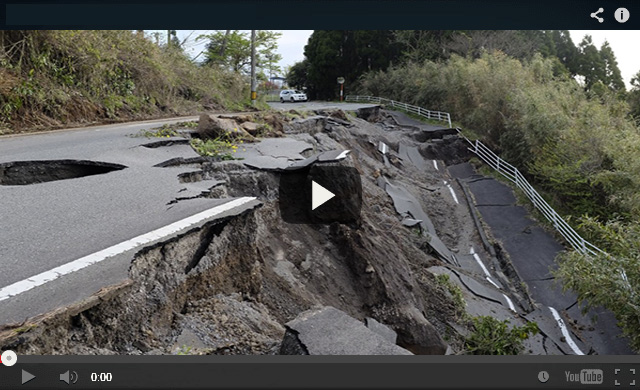