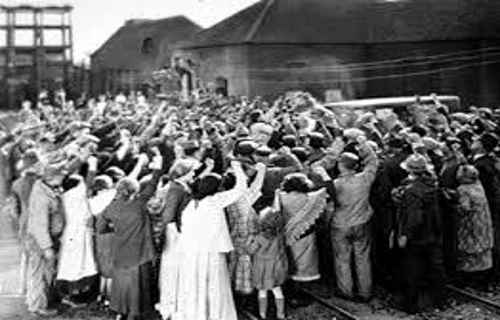 AFTER the financial crisis, the world is coming to grips with an unpleasant realisation: serious weaknesses still plague the global economy, and emergency help may not be on the way.
Sinking stock prices, flat inflation, and the bizarre phenomenon of negative interest rates have coupled with a downturn in emerging markets to raise worries that the economy is being stalked by threats that central banks — the saviours during the crisis — may struggle to cope with.
Meanwhile, commercial banks are again a source of concern, especially in Europe. Banks were the epicentre of the 2007-9 crisis, which started over excessive loans to homeowners with shaky credit in the United States and then swept the globe into recession.
Gerald Celente is not the only economist who is predicting an economic collapse in 2016; Professor W. Thompson of Indian University also projects that the economies world over will see a downturn in 2016.

This video explains the steps

one should take to prepare for an Economic Collapse

Money is flowing out of so-called emerging markets like Brazil, Russia, South Africa and Turkey. Investors pulled $735 billion (€657 billion) out such countries in 2015 — the first year of net outflows since 1988, according to the Institute of International Finance.
And emerging markets aren’t so emerging any more: they provide 70% of expected global growth.
Central banks led by the US Fed responded to the global recession by slashing interest rates and printing money. That encouraged investors in search of higher returns to place their money in emerging markets.
Now the Fed is trying to push up its interest rates, and those flows have gone into reverse, causing financial markets and currencies in emerging markets to sag. Debt becomes harder to repay.
IMF chief Christine Lagarde has warned of “spillback” effects from emerging markets on more advanced economies.
Stephen Lewis, chief economist at ADM Investor Services International, argues the Fed should simply go ahead with raising rates to a more normal level.
“Unless we’re going to paralyse monetary policy in the advanced economies forevermore, it is inevitable that the funds that have gone into emerging markets are going to come back out of them,” he said.

This book can help by walking you through a step-by-step process of planning, preparation and action that will help you get ready for the catastrophe you just know is coming. This book is useful for all those who wish to survive the coming catastrophe, and help their families and close friends to survive as well. Fortune favors the prepared. Get ready!

Banks stocks have been plunging in the US and Europe.
In the US, low oil prices may mean companies involved in expensive oil and gas extraction will be unable to repay loans made to dig wells that are no longer profitable.
In Europe, bank shares have been shaken by the bailout of four Italian lenders and fears about €1.2 trillion in bad loans across the 19 country currency union.

John Cryan, co-CEO of Deutsche Bank, had to take the unusual step of publicly reassuring that the bank’s finances were “rock-solid” after investors pounded the bank’s stock.
The spread of negative interest rates could reduce banks’ profitability, since it squeezes the different between the rates at which banks borrow and at which they lend.
Sick banks can choke off credit to companies and dump huge costs on governments, shareholders and creditors.

Events that will happen in the aftermath of American Economic Collapse of 2016.

Considering the widespread impact of a collapsing economy on the sentiments of people, it is expected that the government will use the National Defense Authorization Act (NDAA) to its advantage. The NDAA will give the government the power to detain any individual considered as a threat for an indefinite period.

A catastrophic economic collapse can make the government to take extreme steps, which also includes confiscation of wealth. The laws passed by the European Union give it the authority to confiscate bank accounts through bail-ins. Although real estate and precious metals are not covered under the rule, but it doesn’t mean that they are safe. Governments around the world have been known to make some difficult decisions whenever their economies are in dire straits, and 2016 can turn out that point of time in history.
Shortage of food:

An economic collapse can lead to shortage of food in the world. The food industry is expected to take a severe hit as it survives mostly on small profit margins.
Economic crisis These were a few events that are likely to occur after the global economic collapse of 2016. As was the case with previous economic crashes, people who could see the tide coming were not only able to save their fortune, but also use the bearishness of the market to their advantage. Although the mainstream media will make you believe that the economy is on a solid footing, the ground reality is starkly different. It is everyone’s prerogative to take the right steps and save prepare for the economic catastrophe that will be the year 2016.

Gerald Celente gives Infowars his dire predictions for the world economy after the globalists were shocked by Brexit.

3 thoughts on “Globalists Are Going To Collapse World Economy”