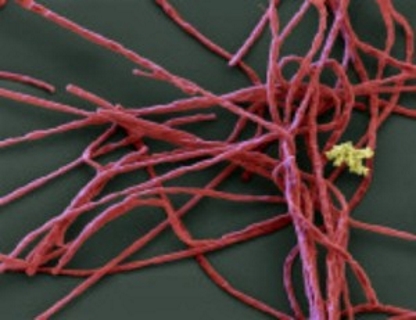 How the Hell Can 68 Packages of Live Anthrax get Sent Around the World?

So, once again we are in a’ them and us’ situation. For over ten years United states military labs have been shipping anthrax around the globe. Now, we all know this is a bad boy of a disease, and we all know it should be deactivated before it is sent out to other labs…but in 68 cases (so far) is hasn’t been and tests on it have proved that some of it is still live and capable of causing illness and death. Lab workers handling some of the deadly powder have been given precautionary treatment.

Anthrax entered the US national consciousness in 2001, when shortly after the 9/11 attacks, letters containing powdered anthrax arrived at news organisations and the offices of US senators. Twenty-two people were sickened and of those, five people died.

For those of you that don’t know the details, you can see the timeline here. In short Bruce Ivins, a scientist at Fort Detrick committed suicide after being accused of sending anthrax through the U.S mail. he was said to have homicidal tendencies. One has to ask why, if they knew that a government scientist was mentally ill did he have access to what the United States calls a biological weapon

According to the UK Health and Safety Executive website, sending live anthrax through the post/via courier constitutes biological terrorism.

Bacillus anthracis, the bacteria that causes anthrax, is one of the most likely agents to be used in a biological attack (CDC)

So, is this another case of a disgruntled/mentally ill/homicidal government employee deciding to make a statement, or was it a simple mistake that just got repeated 68 times with over a dozen different lots of semi-active anthrax getting split into different packages and sent off on a trip around the globe?

How much anthrax is sitting on shelves in defence labs across the United States and how much of it is live? Nobody is saying, either that or they don’t actually know. Neither have we been told how much has made it to Australia, Canada, South Korea and the UK.

The Pentagon have repeated that there is no danger to the general public, not something that puts my mind at ease if I’m honest.

As more and more of our freedoms get curtailed in order to  fight ‘the war on terror’ how ironic that the government actually send the stuff around the world posing a huge threat to the national security of not just the United States but four other nations.

Australia, Canada and the United Kingdom have issues with home-grown terrorists just as the United States does. What’s to say the next Jihadi John/Janet isn’t working in one of the labs, either in the United States or elsewhere and that they now have their grubby little hands on a biological agent capable of killing vast numbers of people .

This is a major security breach that is been marketed as a terrible accident caused by sloppy procedures. I humbly suggest that if 68 packages (so far) of anthrax have been shipped out it is a little more than sloppy procedures. One has to ask why there is that much live anthrax lying around in the first place, biological research is usually carried out on totally deactivated anthrax with just a small amount being kept under strict security in biocontainment facilities.

There are a great many questions that need to be answered, but most likely never will be:

Impressive Herbs with Antiviral Activity – Medicinal Plants That Can Save Your Life! Used in the 1918 Flu Pandemic, Can Be Effective Today For Preventation and Treatment of Covid Omicron Variant

1 thought on “How the Hell Can 68 Packages of Live Anthrax get Sent Around the World?”