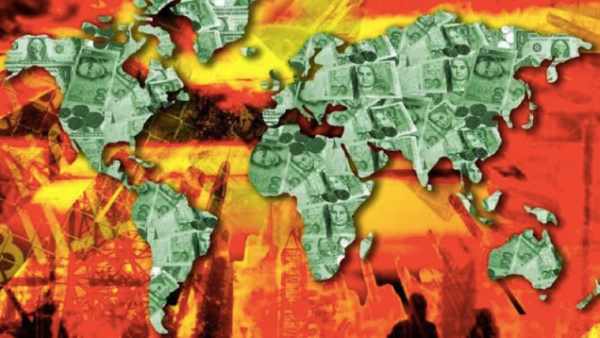 How To Survive the Economic Apocalypse

Even as the U.S. is lashed by hurricanes and tornados, the disaster that most people worry about isn’t a super storm. It’s economic collapse. How do you prepare for a catastrophe like that? We asked a founder of the American Preppers Network, as well as economist Brad DeLong. Surprisingly, they agreed on an answer.

I spoke with Tom Martin, a former truck driver who is a founder and VP of the American Preppers Network (APN), a group that helps preppers organize and exchange ideas online. “Prepper” refers to disaster preparation, and the people are ready for civilizational collapse. Contrary to popular belief, Martin said, “Preppers aren’t about ‘the end of the world,’ but ‘the end of the world as we know it.'” He added that “people always forget the ‘as we know it’ part. This is about major changes, whether good or bad, and being prepared for them.”

Martin said that people often become preppers in response to recent disasters, such as Hurricane Sandy or the tsunami in Japan. But one concern that doesn’t go out of fashion is the need to prep for an economic disaster. An economic disaster, he said, could be caused by “anything — an earthquake, a terrorist attack.” So what does he do to prepare? A prepper’s main concern in economic disaster, Martin explained, is the food supply chain.

Most stores only have supplies for about three days, and in a disaster those supplies will disappear within hours. So a good prepper wants to have a long-term supply of both food and water, just in case the economy is in chaos and there simply isn’t an infrastructure in place to get supplies out to everyone.

But what exactly is an “economic disaster” anyway?

UC Berkeley economics professor Brad DeLong told io9 via email that there are “different kinds of economic disasters,” and gave us a fascinating overview of how each one might happen, as well as what we might want to do to deal with them:

The first is a disaster for the real economy—interesting how we use that phrase to distinguish the real economy from the financial economy—that has a financial disaster, collapsing asset values and wealth, as a consequence. Here the problem is not in finance, and cannot be fixed by anything in finance.

The second is a disaster for some kind of money or wealth—dollars become worthless relative to pounds, or collapsing risk tolerance means that junk bonds become nearly worthless relative to treasury bonds. This is, overwhelmingly, simply a redistribution: the same stuff is being made by the same people in the real economy, but some of the people whose financial wealth led them to assume that they had control over that stuff were wrong, and conversely those whose financial wealth was in the form of money that retains its value find that they have received a large windfall. This is a big problem if your wealth is in the form that is on the losing side of, say, the German hyperinflation of 1923. But the solution to this kind of problem is simple: diversification. Diversify your wealth across as many possible asset classes as you can, and you will be nearly invulnerable.

Then DeLong got to the type of economic disaster that most preppers are probably concerned about. And his ideas for dealing with it were quite prepper-friendly, albeit sometimes tongue-in-cheek:

The third kind of financial disaster is a financial disaster that as a consequence affects the real economy as well—one that does not just redistribute real wealth, but destroys it, with the financial collapse and redistribution somehow ripping large holes in the social division of labor and in the web of production, work, and enterprise.

On an international level, what we should be doing is topping off the funding of the IMF, because it is the organization that exists to backstop various forms of money and to quickly resolve or contain whatever panic happens from the sudden realization that it appears that some particular form of money is about to become worthless.

On a national level, we need to be requiring that banks have much higher equity and much lower debt in their capital structures—for the principal source of panic is always a run on the bank, which happens when people rightly fear that the bank is undercapitalized and the last people to try to pull their money will get nothing.

On an individual level—well, the things you stockpile if you are scared of a total collapse of the social division of labor are bottled water, sewing needles, and ammunition. And joining the Church of Jesus Christ of Latter-day Saints is not a bad idea either. A lust for gold seems to me at least be the product of an awful lot of fuzzy thinking: actual resources that you can use to produce useful commodities are no longer worth anything, and the obligations of the US government are no longer worth anything, and yet people are supposed to still be willing to respect your property right to your gold? If you want gold under such circumstances, much better to have secured control of MREs and simply charge people 5 pounds of gold for a meal.

In other words, when the real economic collapse happens, it’s better to be a prepper than a goldbug.

As for Martin, his ideas for dealing with economic disaster are a lot more practical for ordinary people than allocating resources to the IMF and regulating banks’ capital structures. I asked him what a prepper city might look like, and he said one simple thing they needed was “more cabinet space for supplies.” After all, if there’s a disaster that shuts down water and food supplies to a geographically isolated city like San Francisco or Manhattan, those “tiny cabinets” you see in most apartments won’t hold enough to keep people healthy for more than a day or two. And of course there is almost nowhere for people in cities to store enough water.

In addition, Martin said, cities facing disaster need to marshall their considerable resources better than they do. “New York City is surrounded by barges, so why didn’t the mayor put people on them after 9/11 to get them out of the city?” Martin asked. “Do you know how many people you can fit on a barge?” In the case of Hurricane Katrina, where there were widespread evacuations that failed, he asked, “Why didn’t the mayor simply use all the cars in every single car dealership to get people out? Why let those cars sink under the flood waters when they could be used for evacuation? I’d use every single resource.”

These ideas are simple but effective, and they raise an important question that DeLong hints at as well. Why don’t we value the resources that we’ll actually need in a disaster, as opposed to ones that will be worthless, like gold or unused cars?

Annalee Newitz is the author of Scatter, Adapt and Remember: How Humans Will Survive a Mass Extinction. She’s also on book tour! See her tonight in Seattle, and next week in Chicago and Atlanta. Click here for dates and places!