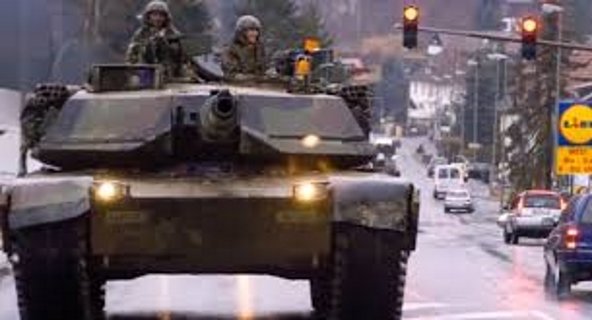 Jade Helm 15, the controversial Special Operations exercise that spawned a wave of conspiracy theories about a government takeover, will open next week without any media allowed to observe it, a military spokesman said. Jade Helm 15, heavily scrutinized military exercise, to open without media access

As Jade Helm forces are preparing to tighten the martial law noose around our collective necks, most Americans are on verge of losing everything.
With each passing day, as martial law draws near, your opportunity to get your money out of the bank is growing far less likely with each day you delay in taking your money out of the bank. Presently, the United States has an $18 trillion dollar deficit, a $240 trillion dollar unfunded liability and credit swap derivatives debt in excess of $1 quadrillion dollars. The only backing that the U.S. dollar enjoys is the Petrodollar and that practice is being eroded by the Russian and Chinese led charge away from the dollar and into gold. There will soon come a tipping point where the American economy will die a sudden and violent collapse as the currency hyper-inflates.

Special Op Veterans Groups Have Launched ‘Counter Jade Helm’ Operation Patriot groups across the country are preparing to launch a ‘Counter Jade Helm’ operation to keep tabs on a controversial U.S. military exercise that some fear is part of preparations to train troops for civil unrest and martial law.

Jade Helm, a “realistic” military training exercise involving nine states, which will involve the Green Berets, Navy Seals, and the 82nd Airborne Division and is set to take place from July 15-Sepember 15, has prompted concerns after Texas and Utah were labeled “hostile” territory in documents related to the exercise. Although the U.S. Army insists the drill is designed to prepare troops for combat abroad, concerns have been raised that the exercise is part of a history of the military readying for domestic disorder.

A Facebook page for the initiative promises to, “observe the attempted infiltration of our towns during Operation Jade Helm with self sufficient teams in the field conducting counter surveillance.”

“Our main focus right now is on gathering intel on when and where the military will be infiltrating SOF teams for Operation Jade Helm,” writes Lanteri. “We have the Texas locations. We need verified info on South Cali and Utah locations. Arizona looks like it will only be on 1 military installation. Once we gather that intel and the field teams are informed then we will start posting information on how to go about locating SOF teams in public. Looking for certain mannerisms, etc. But right now we are focused on locations and dates!!”

Other similar initiatives, named ‘Operation Tyranny Response’ And ‘Operation Homeland Hawkeye’, have also been launched in response to Jade Helm. The mission is vast both geographically and strategically: Elite service members from all four branches of the U.S. military will launch an operation this summer in which they will operate covertly among the U.S. public and travel from state to state in military aircraft. Texas, Utah and a section of southern California are labeled as hostile territory, and New Mexico isn’t much friendlier.

U.S. Army Special Operations Command is pushing back against alarmist claims that an upcoming U.S. military exercise is a preparation for imposing martial law or subduing right-leaning groups and individuals.(source)

Martial law is happening and there is nothing that can be done. We slept to long and this is the final.