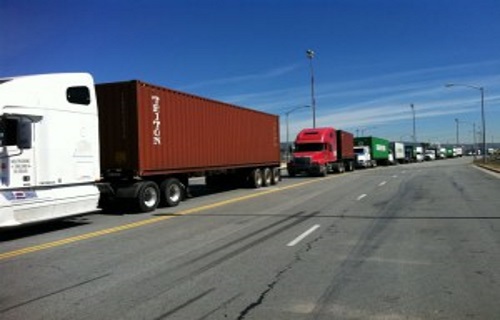 So too would events such as an this is all about fighting a virus, that could shut down global positioning systems and the computers responsible for inventory control. Another potential scenario that is more likely now than ever before is liquidity problems within the financial system stemming from currency crisis or hyperinflation. All of our just-in-time delivery systems are built upon the unhindered transfer of money and credit, but when credit flow becomes restricted or money becomes worthless, no one will be able to pay for their goods. Likewise, no one will trust the credit worthiness of anyone else. This is exactly the scenario playing out in Europe right now and the consequences on the health care industry in that country have left many without life saving drugs. When there’s no money, no one will be transporting anything.

Now consider what may happen if the emergency is more widespread, affecting not just a city, but the population of an entire region or the United States in its entirety.

Become An Expert At Food Storage

Early Native Americans (and even people who lived in the middle ages and other tribal cultures) were experts at preserving food — because this is all they knew. They can survive by living off the land and it’s not a big deal. It’s like us going to the grocery store. We’re experts at buying groceries.Survival for many is not going to be as easy as it was for early Native Americans. For many it’s going to be incredibly hard work, and for quite a few impossible.

Now, we can learn survival methods, we can go out and practice them, but the whole game changes when suddenly we have to live 100% on our own and off the land, providing food for ourselves and for our families — putting these survival skills we’ve been reading about into practice in actual real life and death situations.

I’ve got a feeling a lot of people don’t realize just how tough it’s going to be.

We are going to need each other. We won’t be able to do this alone.

The Damage Has Been Done And The Consequences Will Be Suffered: “Have a Healthy Storage of Food, Precious Metals and Necessary Supplies”