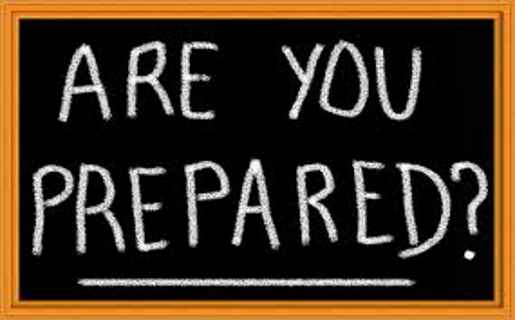 Is 2017 the year our financial system fully collapses?

It seems like the alternative media always predicts that an economic collapse is coming. In many ways we’ve been right, but in many ways we’ve been wrong. Sure, mathematically, the debt-based monetary system is headed for disaster, and clearly certain parts of the economy are already experiencing major declines. However, we have to admit that our breathless annual predictions of a major economic collapse have been wrong.

I guess it all depends how you define economic collapse. The oil industry is currently experiencing a collapse. Brick and mortar retail is in collapse. Fast food is also hemorrhaging. And financial institutions are shedding jobs faster than ever. If you’re in one of these fields, you probably feel like the collapse is happening all around you.

Yet the value of the dollar remains relatively stable (for now) and parts of the US economy continue to grow.  For example, Amazon’s revenue grew 23% in the last quarter, Star Wars is setting global records in theaters and with licensed merchandise, organic food is crushing it, and services like Uber and Airbnb are exploding. And of course the businesses of medicine, war, and policing always seem to be booming.

My point is that the economy always has winners and losers. Collapse or no collapse, there will be some industries that are contracting while others are expanding.  Our duty is to identify the pitfalls and opportunities in the current climate to position ourselves to survive and thrive.

I think a dramatic economic collapse is possible but not probable in 2017. At minimum, however, the United States will likely experience a recession in 2017 even using the government’s phony numbers. This will be painful to a great many people and it will dramatically accelerate the timeline for systematic collapse. Yet I believe there are still enough sectors with abundance and consumer demand to delay widespread collapse. Also, the unbelievably low price for oil can subsidize the US consumer economy for years if it continues.

That said, the Overstock CEO is prepping for an economic zombie apocalypse with gold and food for his employees.  If you read this website, Zero Hedge and many others, you probably understand all of the ways the system is doomed. High public debt and taxes; jobs being outsourced and automated; Wall Street swaps, derivatives and high-frequency trading; a Baby Boomer generation retires while their unemployed grandchildren are buried in college debt. Ominous clouds, indeed.

Michael Burry, the real-life market prophet from The Big Short, recently told New York Magazinethat a bigger crisis than 2008 is looming because too-big-to-fail banks have only gotten bigger and central banks have lost control of the economy’s risk pricing mechanism – interest rates.

Where do we stand now, economically?
Well, we are right back at it: trying to stimulate growth through easy money. It hasn’t worked, but it’s the only tool the Fed’s got. Meanwhile, the Fed’s policies widen the wealth gap, which feeds political extremism, forcing gridlock in Washington. It seems the world is headed toward negative real interest rates on a global scale. This is toxic. Interest rates are used to price risk, and so in the current environment, the risk-pricing mechanism is broken. That is not healthy for an economy. We are building up terrific stresses in the system, and any fault lines there will certainly harm the outlook.

What makes you most nervous about the future?
Debt. The idea that growth will remedy our debts is so addictive for politicians, but the citizens end up paying the price. The public sector has really stepped up as a consumer of debt. The Federal Reserve’s balance sheet is leveraged 77:1. Like I said, the absurdity, it just befuddles me.

“Toxic” Burry calls our situation. Agreed. It’s not a matter of if the economy will experience a major illness, it’s merely a matter ofwhen. The symptoms are already spreading.

But I think we’ve got at least another year before any large-scale breakdown of the economy. This is great news since it gives us plenty of time to adapt and prepare.

Preparations for a Declining Economy

We put together a detailed special report on how we plan to survive and thrive in current economic conditions. It covers tips and tactics to simplify your finances, to get healthier, to diversify your income, to produce and store food and much more. Additionally, we reveal the areas and opportunities that we believe have potential for growth in a bad economy.

We don’t want our readers to be victims of the coming collapse. We want you to survive and thrive.

Eric Blair writes for ActivistPost.com. This article may be freely shared with author attribution and source link.

RELATED : Forgotten Lessons of Self-Sufficiency From the Pioneers

The economist told RT that we are now faced with the possibility of contagion, similar to the collapse of Lehman Brothers in 2008, which triggered a global credit crisis.

“We’ve seen markets sell off and we’ve seen marking down of assets on books, we haven’t yet seen the big margin selling that will come in soon, I’m sure there will be some hedge funds that will declare bankruptcy. There are going to be some add on effects that could start to gather some momentum.”

The question is: “Can the Central Banks once again ride to the rescue and save the global economy by printing money?”