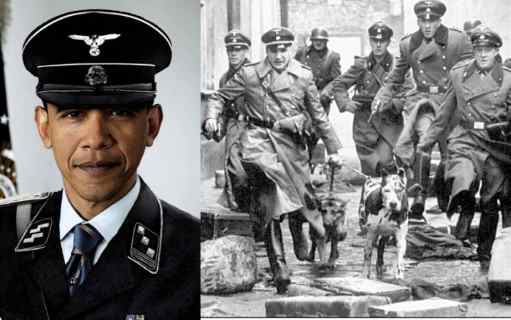 Conservative talk radio host Mark Levin is fed up with the constant attacks against police. Recently, he went after Barack Obama and Eric Holder for their recent criticism of officers. After the controversies in Ferguson, Mo. and New York City, both men expressed opinions that put local police in a very negative light.

Many people have questioned the motives of the president and the attorney general. Now, Levin believes that there is a disturbing goal of the anti-police stance: The nationalization of local police forces.

“[W]hat’s going on there?” Levin said. “It’s a war on the cops. They want to nationalize local police departments. Nationalize them to ruin them. To control them.”

Control of as many people as possible has definitely been a common theme of the Obama presidency. Levin cited numerous examples of this push to turn the public against cops and control the police from the federal level.

“All of a sudden every cop is supposed to wear a video camera. Why? Because they can’t trust be trusted don’t you know?  All of a sudden all the police departments are overly-militarized. Why? Has somebody been shot with a tank?”

Levin went on. “All of the sudden you can’t profile. But of course you have to profile on a legitimate basis. It’s done all the time. Obama does it endlessly.”

The talk show host then listed other pieces of the puzzle that are being used to push toward a liberal goal.

“We get a grand jury decision out of New York and all of a sudden the whole grand jury process is corrupt. It didn’t matter that there were blacks on the grand jury. Oh, no, that doesn’t matter,” he stated.

“It didn’t matter that the sergeant in charge was a female black. That doesn’t matter, we only learned that five days after the fact.”

Levin has a very strong point. Obama and Holder have already shown that they are willing to use a crisis to push an agenda — and even to create a crisis when needed.

From the “Fast and Furious” scandal to “Operation Choke Point” and the IRS targeting of conservatives, using the government to interfere and control is a major part of the administration’s dirty playbook.