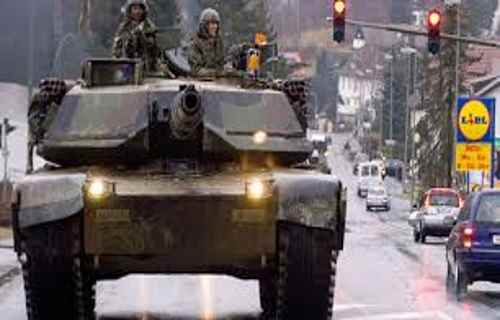 Officials have said that at least four people in Florida have contracted the Zika virus and warn that the virus now appears to be spreading domestically either through contact with mosquitoes or direct human-to-human transmission. Until recently, the virus only appeared in individuals infected outside of the United States, primarily in South America.

In an alarming development, according to CNN, federal, state and local officials have been deployed to canvas neighborhoods in Florida. The stated purpose is to ask questions, request urine samples and determine the spread of the virus.

Officials believe the local transmission is confined to a small area north of downtown Miami within a single ZIP code. However, local, state and federal health officials arecontinuing their investigation, which includes going door-to-door to ask residents for urine samples and other information in an effort to determine how many people may be infected. Additional cases are anticipated.

As noted by Erin Elizabeth of HealthNutNews.com it is not clear whether officials are asking or “demanding” these samples.

Folks, you read this correctly. The feds and other local authorities are going DOOR TO DOOR to private residences asking (demanding?) urine samples.

What if a resident does not comply?  What else are they testing for? Would you comply?

I can tell you right now I am not giving any local or federal agent my urine. If arrest were the alternative then let them arrest me. I have nothing to hide, but no way would I submit to such a test if the feds showed up at my door. Some experts I’m speaking with are saying they’re asking for urine under the guise of “Zika virus” when it is, in fact, for something much more sinister. This is very disturbing to me.

While many Americans may consider the actions of officials as looking out for the interests of the public, this is the first time in recent memory that the government has deployed teams of officers and agents to personal residences following a contagion concern. Perhaps the most recent example of a similar response by the federal government was when they declared a de facto state of martial law after the Boston Marathon bombing.

Given that Zika is not necessarily life threatening, and no actual captured mosquitoes in Florida have been shown to be carrying the virus, it is unclear why officials found it necessary to deploy teams to personal residences.

Perhaps they are doing it out of an abundance of caution, though for the reasons cited above that makes little sense.

One possible reason behind the moves is that, per President Obama’s Executive Order #13707 entitled Using Behavioral Science Insights to Better Serve the American People, the government is using this crisis as an opportunity to collect behavioral data on how residents respond to government officials knocking on their doors.

The ultimate goal of such studies and procedural exercises could have something to do with another EO signed by Obama and dubbed the Executive Doomsday Order. Under that order, the President merely needs to declare an emergency in order to implement a variety of responses including the allocation of health resources, the manpower to support health initiatives, detention of individuals considered to be posing a threat to the public, forced health testing, and the security to ensure the Secretary of Health and Human Services can implement its plans once ordered to do so.

Zika does not appear to be the kind of virus or deadly threat that would require door-to-door visits from government officials.(source)

Thus, one can, arguably, conclude that, as Erin Elizabeth noted, there is something much more sinister at play.

RELATED : What Would Life Be Like Under Martial Law?

Anytime the government starts knocking on doors their actions should be immediately suspect. In the words of President Ronald Reagan:

The nine most terrifying words in the English language are “I’m from the government, and I’m here to help.”