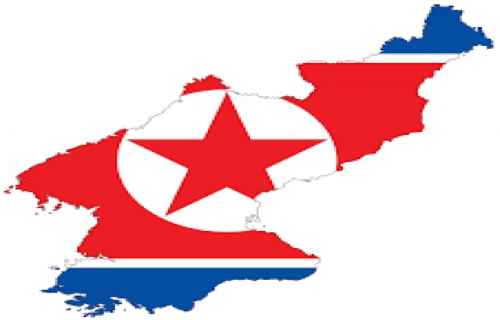 In a proclamation that will strike fear into the hearts of the North Korean people, state media has ordered the citizenry to prepare for a new “arduous march.” The term was first coined by the North Korean leadership in 1993 as a metaphor for the four-year famine that decimated the nation from 1994.

The famine – in which as many as 3.5 million of the nation’s 22 million people died – was brought on by economic mismanagement, natural disasters, the collapse of the Soviet bloc and the consequent loss of aid, combined with the regime’s insistence on continuing a life of luxury and feeding the military.

Now, less than one month after the United Nations Security Council voted in favour of new sanctions against North Korea for its recent nuclear and missile tests, Pyongyang has announced a nationwide campaign to save food.

RELATED : Famine, disasters, terror attacks, riots and looting will take place Across the Country – Time To Leave the Cities or be Prepared to face the Consequences

“The road to revolution is long and arduous”, an editorial in the state-run Rodong Sinmun newspaper stated on Monday. “We may have to go on an arduous march, during which we will have to chew the roots of plants once again.”

The Chosun Ilbo, a South Korean newspaper, reported that every citizen of Pyongyang is being ordered to provide 1kg (2.2lb) of rice to the state’s warehouses every month, while farmers are being forced to “donate” additional supplies from their own meagre crops to the military.

There are also reports of North Koreans hoarding food supplies due to fears of another famine, while the regime has started to crack down on the open-air markets that serve as an important source of additional food for city-dwellers and have been tolerated in recent years.

The markets began to appear after an attempt in 2009 to reform the North’s currency went awry, causing the national food-rationing system to collapse and triggering fears of another famine.

The Rodong Sinmun also warned that despite the hardships, allegiances to Kim Jong-un, the North Korean leader, would not be permitted to waver. “Even if we give up our lives, we should continue to show our loyalty to our leader, Kim Jong-un, until the end of our lives”, the newspaper said, demanding a “70-day campaign of loyalty.”

RELATED : It’s Happening Now: Famine is Coming To A City Near You

EDITOR’S NOTE: This is how Communists, Socialists and Progressive Liberals actually think; loyalty to the cause is the #1 priority even when you’re starving to death.  All this so they can make everything “fair.” Remember that before voting for people like Socialist Democrat Bernie Sanders, or Hillary Clinton.  These people do not dwell in reality, they dwell in power; it is the only thing important to them and they will do or say _anything_ to get it and keep it.That includes convincing YOU that starving to death is important for “the greater good.”  These people are sick, twisted individuals who adhere to a failed totalitarian ideology.

North Korea has requested 440,000 tons of food aid from overseas to feed its people this year, although a mere 17,600 tons had been delivered by early February.(source)