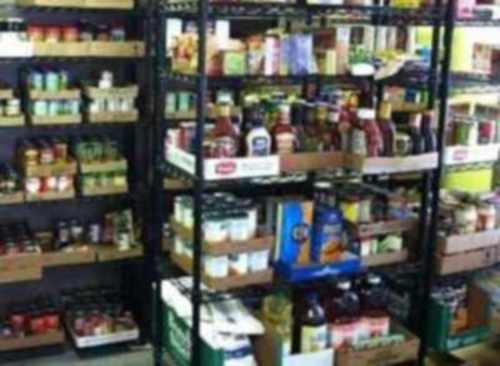 It’s often said that we are only nine meals from anarchy. The theory behind the saying is simple. Most people have no more than a three day supply of food in their homes, and that equates to nine meals before they start to go hungry.

Some believe that many governments would take advantage of this and use it against their own people in times of civil unrest. History shows us there is justification for holding this view.

The delivery and supply chain employed by major stores across the world is very simple and designed to increase profits by reducing waste.

Each time a barcode is scanned at the checkout it sends a message to the warehouse that a particular item has been sold. Warehouse staff restock the shelves having scanned the barcode on the boxes they are unpacking. That triggers a message to a distribution centre, where a tally is kept and the required number of boxes, each full of an individual item, will then be dispatched on the next truck heading to that store.

This system is why you may be told ” We are having some more in tomorrow madam” They really are, they know that if it is not in the store it is in the distribution centre/truck and it will be arriving the next day.

There are of course other systems that come into play. Large stores that sell clothing etc will have sales projected on what they sold during the same season the previous year and that will be the stock starting point.

There is a couple of major flaws in this just in time delivery system, namely that it assumes what is true today will also be true tomorrow, and that it relies on electricity.

With the war that is being waged against coal in the name of protecting the environment this is a rather stupid policy. The UK has already had warnings from energy providers that lack of investment is likely to lead to rolling blackouts within the next couple of years.

The decommissioning of coal fired power stations before there is adequate provision to replace the massive drops in the electricity produced will lead to domestic power insecurity that will see homes and businesses having their electricity rationed, and periods of each day will most likely be without a supply at all.

That Barack Obama has just put the United States in exactly the same position is unbelievable. One would have hoped that only the UK government was stupid enough to do this…but apparently not. 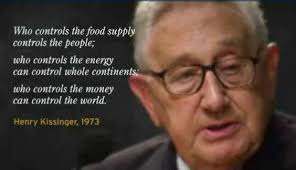 Not only will such behaviour have a massive impact on very fragile economies but it will heavily change our ability to access food. Both governments have played down the effect that closing coal fired power stations will have on the citizens of their countries, they must really think that we are all totally stupid.

We are coming close to the time that when the shelves are empty their will be no assurances that fresh stocks will arrive the next day.

There are distribution warehouse all over the place, and if it’s that zones day to be off the grid then nothing will be going onto the trucks because they have no idea what is needed where. Even if they did they may not be able to get fuel for the trucks as the pumps rely on electricity.

You only have to look at the reaction of people who are stocking up when there is news of a storm on the way to see how quickly a store will be stripped if they think the power is going off. Most people are bright enough to know that it’s not just the initial blackout that causes the problem, it’s the knock on effect that follows. Stores are used to stocking up on a list of given items, they would not cope with restocking a whole store in one go. Knowing this people buy more…in a couple of hours even a large store is picked clean, you have an empty store and panic spreading through those people that were too late to get what they needed.

As if the power crisis that we are going to face wasn’t enough there is the natural world to consider. At any point the Sun can throw off a flare, with a resulting coronal mass ejection that could blow out transformers and put us back to the stoneage as far as technology goes. We have had several near misses in recent years but one day we will be dead centre of the target, and that will be it for decades.

The human race survived for millennia without electricity, and we can do so again, but the transition period will be long, hard and ugly. So many people really believe that life will never change, like the stores they believe that what is normal today will be normal tomorrow. One day that will not be the case.

There has never been a more appropriate time to start stocking up on long life foods that can see you through a crisis. Likewise, if you know nothing about growing vegetables this summer would be an excellent time to learn, best to make mistakes before an event than during it.