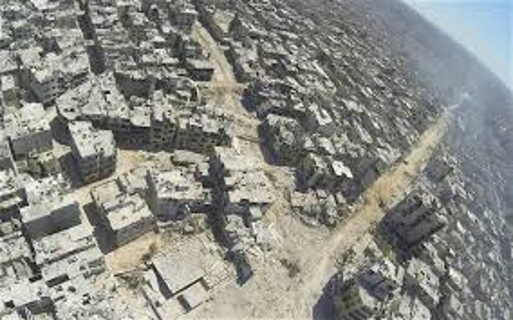 This chapter briefly describes what chemical and biological weapons are and what they do. It then looks at the types of nations and sub-national groups – terrorists – that might pose a CBW threat.

A chemical or biological weapon consists of a toxic agent and some form of delivery device. Delivery devices can be variants on traditional military items – artillery shells, bombs, missiles, aerosol sprayers etc. – but can also be far less conventional. For instance, chemical agents released on the Tokyo subway were released by puncturing plastic containers.

Chemical agents come in many varieties. The most straightforward are simple elements or compounds such as chlorine, hydrogen cyanide, and dichlorodiethyl sulphide (mustard gas). More powerful agents are fluoroacetates and organophosphorous compounds, the latter being the more lethal. More powerful still are so-called nerve agents such as tabun, sarin, soman and VX.

Certain biological agents are even more toxic than chemical agents. These are viruses, bacteria, and rickettsia such as anthrax, brucellosis, bubonic plague, Q fever, and typhus. Biotechnological techniques can be used to produce these agents in large quantities and genetic engineering could enhance their ability to be used as weapons, for instance by improving their resilience, stability and resistance to vaccines and antibiotics.

Another class of agents is known as toxins. These are non-living poisonous substances which are derived from biological processes. Examples include botulin, ricin, and animal venom. Cloning techniques enable some of these agents to be produced in large quantities and some can be synthesized chemically.

Estimates such as these are often based simply on the minimum lethal dose under laboratory conditions. Lethality figures drop somewhat when factors such as population density and practical dispersion under normal day-to-day conditions are taken into account. Even so, the figures make alarming reading. Several hundred thousand deaths could be caused in a crowded urban area by four tonnes of VX or only 50 kilograms of anthrax spores and a single ounce of anthrax introduced into the air-conditioning system of a domed stadium could infect 70-80,000 spectators within one hour.

Some very useful comparisons of the effects of weapons of mass destruction have been produced by the United States Office of Technology Assessment (OTA). One study compared the likely casualties in Washington, D.C. from attacks using nuclear, chemical and biological weapons. The results appear in Table 1.

Based on these types of estimates, OTA concluded – among other things – that in principle, pound for pound, biological weapons could exceed the killing power of nuclear weapons. If warning is provided, however, civil defence measures are easier to take against chemical and biological weapons. Another important finding was that chemical weapons would be less destructive against well-protected troops or civilians than even conventional explosives.(source)

It’s relatively easy for terrorists to build a dirty bomb. According to nuclear terrorism expert Graham Allison in a PBS Nova interview, “radioactive substances are everywhere”. A U.S. government report cites the danger of hospitals across America and that safeguards are needed to prevent terrorists from getting their hands on radioactive materials that can be used to build dirty bombs — bombs that when explode result in radioactive material spread out over an area, poisoning people.

The good news: Most people contaminated by radioactive debris won’t suffer immediately — but later in life can die of various cancers or other health effects. People closest to the blast though will get the highest dose of radiation and could lose their lives shortly after. Most dirty bombs are likely to be small scale, such as a stick of dynamite. But a handful of these bombs (if this were part of a series of terrorist attacks) could be much larger with larger amounts of radioactive material. Most of the effects from a dirty bomb attack will be psychological — a mass wave of fear and panic will surge across the American population and who knows just what all will happen from the resulting chaos.

Many are likely to consider an attack by dirty bombs “the beginning of the end.”

Now we’re getting down the list to the biggest threats that “Doomsday Preppers” have every right to be prepping for. The threat of a biological agent is a real threat today — the fact is we don’t know what our enemies (Iran and North Korea for example) have been experimenting with and developing in science laboratories deep underground and away from the eyes and ears of U.S. spies and drone surveillance — but we do know this — foreign nations like Iran have made a lot of money in oil and they have a lot of money to pay scientists to spend their careers developing dangerous viruses capable of killing Americans.

Will America fall to a modern day Trojan Horse? Will it come from an advanced biological agent our current technology does not have the means to detect?

We know or suspect that a number of our enemies stockpile chemical and biological weapons. I could spend the next two hours compiling links to government reports, but by the time I was done you probably wouldn’t see me again. I would become the next Doomsday Prepper — alarmed by what I’d found in these reports, like so many other people are today, including people in government. Maybe it’s better that we don’t dig too deeply into this subject. Just make a note of it — that a foreign government could unleash Hell in America with the right virus; and it wouldn’t be hard to infect a great deal of the population, not when so many people live and work and go to school in such close proximity nowadays.(source)

Pandemic is defined as an epidemic of infectious disease that has spread through human populations across a large region. A biological warfare is the use of bacteria or viruses or toxins to destroy men and animals or food. So what happens if or when a pandemic or biological warfare hits your town or community? Do you have the resources or the know-how to defend you and your house-hold from such a thing? Most people don’t and that is why I am writing this article, so that you know what to get and what to do just in case you find yourself in one of these situations.

The first step you should take if you find that your community is being attacked by biological warfare or if there is a pandemic spreading is quarantine. You should supply 1 to 2 weeks of food for one person in quarantine. Any room in your house or in an underground bunker will work as a quarantine area as long as it is well equipped with a food, water, a bed and a heating and cooling source.

Tip: Line the doors and windows of your quarantined room with plastic to help contain the virus. You are going to need some basic medical supplies stored and ready to go so that you will be able to care for the infected. You should also consider the possibility of becoming infected yourself and come up with a plan to treat yourself. Here are a few must have supplies: Hand sanitizer, medical gloves, N-95 masks, bleach and goggles.(source)

Operation Jade Helm in Arizona; Are they Preparing for a False-Flag Bio-Terror Attack?

Are You Prepared for a Water Emergency? Deadly Chemical in the West Virginia Water Supply Creates Immediate Shortage