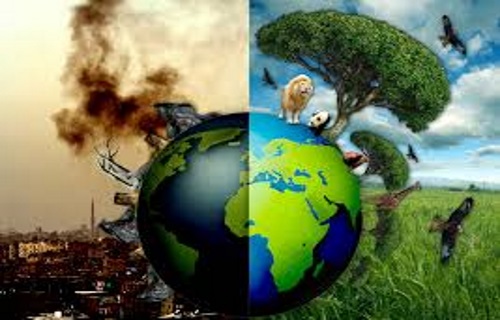 To Save the Planet

At first, I thought someone was making a really stupid April Fool’s joke, but apparently it is true that the Texas Distinguished Scientist of 2006, University of Texas ecologist Eric Pianka told a meeting of the Texas Academy of Science that 90 percent of his fellow human beings must die in order to save the planet. A very disturbed Forrest M. Mims III — Chairman of the Environmental Science Section of the Texas Academy of Science, writing at The Citizen Scientist — reported:

Professor Pianka said the Earth as we know it will not survive without drastic measures. Then, and without presenting any data to justify this number, he asserted that the only feasible solution to saving the Earth is to reduce the population to 10 percent of the present number.

He then showed solutions for reducing the world’s population in the form of a slide depicting the Four Horsemen of the Apocalypse. War and famine would not do, he explained. Instead, disease offered the most efficient and fastest way to kill the billions that must soon die if the population crisis is to be solved.

Pianka then displayed a slide showing rows of human skulls, one of which had red lights flashing from its eye sockets.

AIDS is not an efficient killer, he explained, because it is too slow. His favorite candidate for eliminating 90 percent of the world’s population is airborne Ebola (Ebola Reston), because it is both highly lethal and it kills in days, instead of years. However, Professor Pianka did not mention that Ebola victims die a slow and torturous death as the virus initiates a cascade of biological calamities inside the victim that eventually liquefy the internal organs.

After praising the Ebola virus for its efficiency at killing, Pianka paused, leaned over the lectern, looked at us and carefully said, “We’ve got airborne 90 percent mortality in humans. Killing humans. Think about that.”

A University of Texas professor says the Earth would be better off with 90 percent of the human population dead.

“Every one of you who gets to survive has to bury nine,” Eric Pianka cautioned students and guests at St. Edward’s University on Friday. Pianka’s words are part of what he calls his “doomsday talk” — a 45-minute presentation outlining humanity’s ecological misdeeds and Pianka’s predictions about how nature, or perhaps humans themselves, will exterminate all but a fraction of civilization.

Though his statements are admittedly bold, he’s not without abundant advocates. But what may set this revered biologist apart from other doomsday soothsayers is this: Humanity’s collapse is a notion he embraces.

Indeed, his words deal, very literally, on a life-and-death scale, yet he smiles and jokes candidly throughout the lecture. Disseminating a message many would call morbid, Pianka’s warnings are centered upon awareness rather than fear.

“This is really an exciting time,” he said Friday amid warnings of apocalypse, destruction and disease. Only minutes earlier he declared, “Death. This is what awaits us all. Death.” Reflecting on the so-called Ancient Chinese Curse, “May you live in interesting times,” he wore, surprisingly, a smile.

So what’s at the heart of Pianka’s claim?

6.5 billion humans is too many.

In his estimation, “We’ve grown fat, apathetic and miserable,” all the while leaving the planet parched.

That’s 5.8 billion lives — lives he says are turning the planet into “fat, human biomass.” He points to an 85 percent swell in the population during the last 25 years and insists civilization is on the brink of its downfall — likely at the hand of widespread disease.

“[Disease] will control the scourge of humanity,” Pianka said. “We’re looking forward to a huge collapse.”

Professor Pianka is apparently a brilliant herpetologist, but like brilliant Stanford University entomologist Paul Ehrlich, who wrote The Population Bomb nearly 40 years ago, he is completely ignorant of economics and demography. Pianka might start alleviating his ignorance by reading some of the analyses by Jesse Ausubel, head of the Human Environment Program at Rockefeller University. Relying on human creativity and wealth creation, Ausubel foresees the 21st century as the beginning of the Great Restoration of the natural environment.

Admittedly, predicting a bright future for humanity and the planet has never made anybody rich or famous, but at least such forecasters have the satisfaction of knowing that they are right. 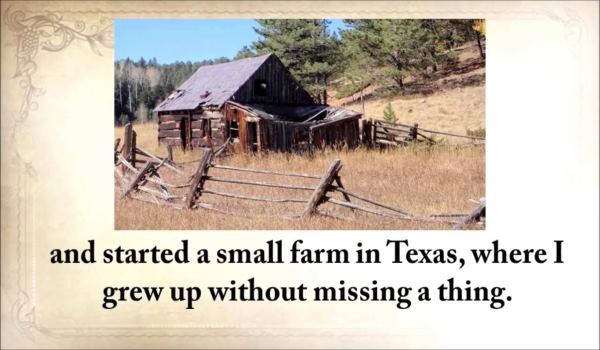 11 thoughts on “To Save the Planet, Kill 90 Percent of People Off, Says UT Ecologist”