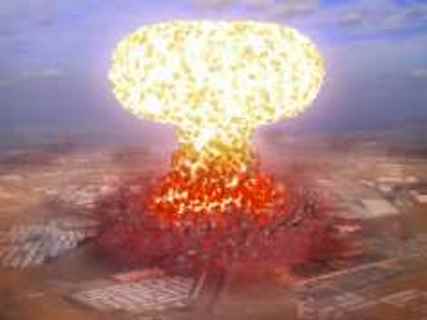 Why Consider Moving? The Next Disaster Might Be NUCLEAR

… And All Hell is Likely to Break Loose Soon After.

It’s easy to name several major disasters that have struck and the cost to human life over the years. How many lives could have been saved with just a few warnings in advance that people should have started moving out of the area or, at the least, moved out of the immediate danger zone of mass casualties?

Consider Hurricane Katrina, and the New Orleans levees that flooded over. That should have been an easy disaster to see coming. How many people lost their homes in that disaster, and ended up homeless?

RELATED : WHAT TO DO IF A NUCLEAR DISASTER IS IMMINENT!

Moving to Avoid a Disaster

Look at Seattle, Washington for example… There’s a lot more well to do people living in Seattle than New Orleans. A major earthquake is said by scientists to be long over-do. What will happen when that major earthquake finally hits? Residents of New Orleans may have missed the opportunity to move before Hurricane Katrina struck in 2005…

But residents of Seattle know that this earthquake is a probable disaster at some point in the near future. Maybe it would be smart to seriously consider moving out of the area, before Seattle finds itself buried under rubble, from a 9.0 or stronger mega earthquake.

Moving to Avoid a Terrorist Attack

Then of course there’s the terrorist threat. Mega Target Cities like New York City, Washington D.C., Chicago and Los Angeles are high or at the top of likely terrorist first strikes with weapons of mass destruction. That could be anything from a nuclear weapon, to a highly lethal virus, or even just a serious of “dirty bombs” (smaller bombs that disperse nuclear radiation within a small geographical area).

RELATED : Selco On Riots: Do Not Go Out: “You Do Not Prepare to Be a Hero… You Prepare to Survive”-Video

Moving to Avoid Riots and Looting

Most major cities around the U.S. are at risk for violent rioting and widespread looting in the wake of a major catastrophic disaster striking within the U.S. What I’m referring to is a disaster that strikes that is bigger than any previous disaster in U.S. history, and causes mass-fear and panic to strike citizens from all walks of life.

That means that better off residents living in nearby suburbs are at high risk of inner city rioting and looting taking place, where they are simply stripped of everything they own, beaten, women raped, and some people murdered for getting in the way.

Millions of Americans who today live within a few miles of major cities or further should be giving serious consideration to moving 20, or 30, or even 100 miles away, at the very least to minimize the danger of rioting and looting taking place.

Where Are You Moving To? Several Factors to Consider Before Moving

Do It Yourself Moving or Do You Hire A Moving Company?

That just depends. Most people with a home will be better off hiring a moving company, considering how much they are moving, as opposed to someone who lives in a 1 or 2 bedroom apartment. Those people can often turn to do it yourself moving, and get it done with just a friend or two helping out.

Whatever your plans for moving are, those plans should be in advance of a disaster taking place, and not afterward. If you wait for a disaster to strike before moving, you run the risk that there may be no moving companies in operation in your region (remember, this is a catastrophic disaster we are talking about), nor may there be anything left of the freeway system. Now you’re basically stuck with the small amount of items you can carry.

RELATED : Protect Your Home and Family in an Emergency (Preparing for Earthquake, Fire or Terrorist Attack)

So, if moving away to somewhere much safer is part of your long term strategy for surviving a disaster, you might want to call that moving company sooner than later.(source)