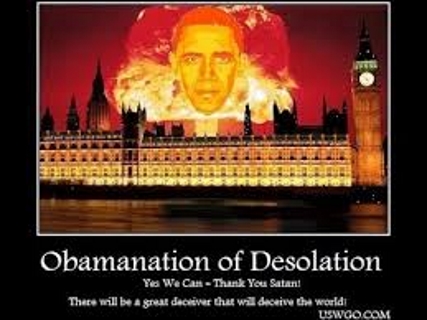 This page is designed to help you stay informed as to howBible prophecy is being fulfilled in current events.

I have found that, often, important national and international events that indicate Bible prophecy being fulfilled are not reported by mainstream media. So, I cull both mainstream and non-mainstream sources for news items that reflect fulfilled prophecy and add those items to this page with short blogs about how they indicate fulfilled prophecy. Links to more detailed source articles are also included.

The primary purpose of this page is to share with anyone who is interested the amazing way that the Lord’s “sure Word of prophecy” is rapidly being fulfilled in these Last Days.

Basically, this is an invitation to take the blinders off and see reality, which is increasingly hidden from us by the government and mainstream media, for what it is and what Yahuah’s (“God’s”) Word has to say about it.

As you read through these blogs, look for trends toward the fulfillment of six primary “End of the Age” Bible prophecies:

Six days ago, in a blog entitled “Obama’s Disguised Agenda Continues to be Revealed,” I postulated that the President’s ultimate goal in the Middle East (and America) is the destruction of Iran and Israel, and a Sunni Islamist takeover. That projection continues to be borne out by two events that occurred during the past week – the blowing up of the Iranian embassy in Damascus, the capital of Syria, apparently by Obama administration-supported Nusra Front militants, and the the fall of Ramadi, Iraq, to ISIS, opening the road to Baghdad, the capital of Iraq, just 70 miles away, to those Sunni jihadists.

Who can deny that it is looking more and more likely that the Middle East, including its most powerful nation, Turkey (which is over 70% Sunni Muslim and has supported ISIS), will soon be taken over by Sunni jihadists, setting the stage for the Gog-Magog War prophesied in Ezekiel 38?(source)

Barack Obama Barack Obama in Prophecy : in the years 1980-1990 there was a book about the prophecies of Nostradamus mentioning a black American President and mentioning a women (Hillary Clinton) or in 2012 maybe Sarah Palin. There are at least eight biblical reasons why Barack Obama may lead the United States to fulfill the predictions in the Apocalypse (also known as the Book of Revelation) and Barack Obama’s name is found in the Torah Code !and the State of the Apocalypse

Preparing for the apocalypse

1 thought on “THE OBAMA-NATION OF DESOLATION”