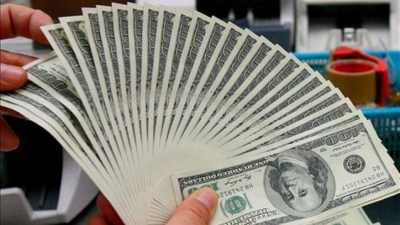 The bull market just marked its fifth anniversary. After 5 years stocks have reached new highs but they have plenty of room left to run.

Money managers have valid concerns, but those should be measured against changes in the national and global economies.

Since the financial crisis, the Federal Reserve has pumped $3 trillion into banks and bond markets, pushing down interest rates and making stocks attractive.

If you permanently avoid stocks, it’s not only unpatriotic but downright dumb.

As the Fed winds down this policy, interest rates may not rise nearly as much as predicted, further sustaining stocks. For one thing, U.S. banks have consolidated, reducing competition for savers, and CD rates are not likely to return to pre-crisis level. And foreign investors fleeing turmoil abroad are seeking safe haven in U.S. bonds and real estate.

Individual investors took flight from stocks during the financial crisis, and continued pulling money out through 2012. Most folks can’t finance retirements on permanently lower CD and bond rates, and will move back into stocks, giving prices a further boost.

The average price of the Standard & Poor’s 500 stocks, which account for about four-fifths of publically traded companies, is about 16 times last year’s earnings — that’s a bit frothy. And corporate profits have been juiced by cost cutting and wider profit margins, as opposed to strong revenue growth in a slowly expanding U.S. economy.

It’s hard to see how profits on domestic sales can be pushed up a lot with nominal GDP growing at 5 percent a year.

However, U.S. companies earn about half their profits abroad, and while Asian growth is slowing, Europe is on the rebound. Overall, global growth should pick up in 2014.

In emerging markets, which still account for the lion’s share of global growth, profits share of net sales are larger, and engaged U.S. companies should be able to sustain, and even expand profit margins. Those will support a higher price earnings ratio.

Investors focus too much on the recent bubble and financial crisis. Problems in housing and lending practices have been fixed, but stock prices have not kept up with the economy since the turn of the century.

Since 2000, the S&P 500 has gained only about 23 percent, not much considering inflation, nominal GDP and corporate profits are up 43, 70 and 440 percent, respectively.

So what should you do with your money given these facts? Here are three suggestions:

1. If you are saving for a down payment for a house, buy as soon as you can. A home priced within your means remains your best, first investment—it pays dividends every night you sleep in it.

2. If you’re nearing retirement, keep about half your money in cash and low-risk bonds with short maturities, and the rest in a diversified portfolio of stocks. For example, an S&P 500 index fund such as the one offered by USAA or a similar low-cost alternative.

3. If you’re younger, set aside a reasonable amount each month to put into a similar basket of equities, stick to that discipline through thick and thin, and you’ll make out just fine over the long run.

History is replete with fools who bet against the United States of America.

If you permanently avoid stocks, it’s not only unpatriotic but downright dumb.

Peter Morici is an economist and professor at the Smith School of Business, University of Maryland, and widely published columnist. He is the five time winner of the MarketWatch best forecaster award. Follow him on Twitter @PMorici1.

Gerald Celente Warning -You Should be Ready for Recession