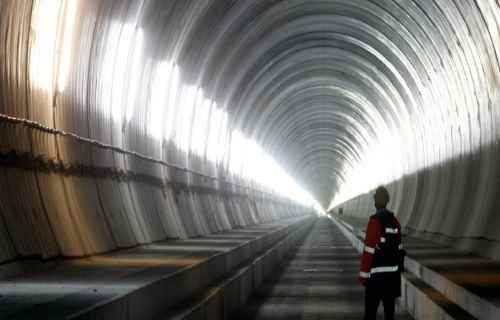 Russia is just finishing 5,000 shelters in Moscow. They’re much more open (in this regard anyway) on this topic than other governments.
I personally estimate the US probably has over 150 Deep Underground Military Bases. A huge military underground city exists underneath the Denver Airport. Russia has some that can accommodate over 100,000 people (at the base of mountains). These are entire underground cities that have been under construction since the 1980s. 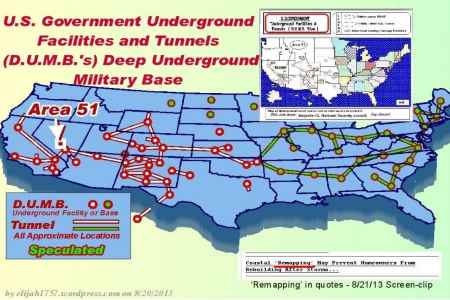 The far greater electromagnetic fields of Planet X will cause great earthquakes (greater than the highest level of 9.5 known to date), volcanic eruptions, tsunamis and a shift of the physical poles.

Now it is public knowledge that government agencies are on a need-to-know classification (intra-agency), and that they never publish information in advance that could cause an economic or other disruption. Enough said.

However, if you do any research at all you will run into different levels of disinformation. Some of this is from uneducated members of the public and some of it is very likely on purpose. You have to use your head when you do research.

Until the discovery of Planet X, astronomers had regarded the writings of the ancient Sumerians about this object as legend. When Planet X was discovered in 1983, they suddenly learned that the Sumerians were not the primitive people they have been made out to be by “intellectuals” of today.

When Pioneer 10 was sent out to study Planet X, it encountered a mysterious force – dubbed the Pioneer anomaly by baffled NASA scientists. It was gently pushed against (by the force of the magnetosphere of Planet X) and moved in the opposite direction back toward the sun. Its forward momentum was decelerated.

Pioneer was traveling toward the right of Nibiru at this point. This tells us two things: (1) that Nibiru’s outer magnetic force is so strong it can affect objects 46.8 AU from Nibiru (Pioneer’s approximate distance at the time; (2) that Nibiru’s magnetism rotates in a clockwise fashion because that is the only way it could push Pioneer back when the deep space probe was flying to the right of it. If it rotated anticlockwise and the Pioneer 10 was traveling in the same direction, it would push the probe slightly forward and to the right of its trajectory. The effect would have been the opposite as the probe would have been seen to accelerate, not decelerate, in its drift.

RELATED : EVERY GOVERNMENT IN THE WORLD HAS BEEN WARNED ABOUT THIS COMING NIBIRU – THE ELITES DEADLY PLAN DEATH OF BILLIONS BEFORE EVENT

The real reason for the Hubble Space Telescope was NOT to explore the solar system and the Universe, as some claim from time to time. The real reason for spending billions of dollars to construct the telescope, place it in orbit and then immediately replace parts on it was for the purpose of viewing inbound Planet X. A June 6, interview with a Hubble Insider now published at YouTube on the video below states this fact as to the Hubble’s purpose. He watched it through the Hubble Telescope and stated that “this thing looked like it was across the street and the Hubble got cut off and they encrypted it and that was the end of any transmissions we had to watch.”

NIBIRU
Nibiru (aka Planet X and referred to by the Vatican as Wormwood) has a mass that is 3-5 times the mass of Jupiter. Its composition is cesium, iron oxide, iron, oxygen and ozone, according to the same video by the Hubble Insider, who also stated it has seven planets (moons) orbiting it and innumerable asteroids. Its existence is known by all of the major governments of the world. They are prepared – are you?
The object is huge and until recently it is a red dwarf star visible only in the infrared spectrum. The alleged agent claims that the government is monitoring the system and that in 2008 it could be seen in high detail with infrared telescopes.

I say observed through the infrared spectrum until recently, so take a look at the video below from North Carolina. Its approach is so close it can be seen clearly from the 11:00 position of the sun! About one minute into the video, just tilt your screen upward for a better view. This independent video is just one more indication using deductive logic that its close approach is occurring now.