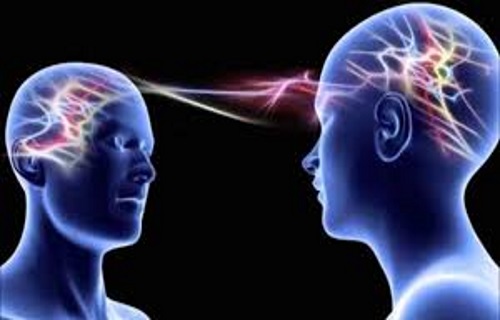 Mind control “programming sites” are something more for conspiracy theory talk than reality. There’s enough technology to do that without special “programming sites”. I perform mind control on myself through tapping. It’s actually very beneficial because you can alter your brain waves with positive messages, although it’s a relatively new technique.

Endorsement of this paper by Dr. Rosalie Bertell, who has a doctorate degree in Biometry, the design of epidemiological research and the mathematical analysis of bio-medical problems.

I have received your document and I think you have enough information for a documentary report or an article by an investigative reporter. It may raise concern about the issues, but does not prove anything. [Dr. Bertell is referring to the document, EMR Weapons: As Powerful as the Atomic Bomb]. …There is some confusion about weapon use and harassment or experimental use, with the latter being harder to document.

The health effects which can be attributed to EMR weapons is also, as you know, not established. Your problems are quite similar to that of the atomic bomb victims, including the military, the Japanese and those living downwind of a nuclear test site. Very few of the experienced health effects have ever been admitted. We also deal with the same denial and secrecy with the Gulf War, Bosnia and Kosovo vets exposed to ceramic DU…

US government takes extreme measures to keep this powerful weapon under wraps; refuse to acknowledge alleged weapon testing on US citizens, while Russian government admits to mind control weapons and experiment victims take their case to the Russian government, the Duma and Soviet press

After fifty years, the truth is now out: Control of your mind is a military capability

What follows are the supporting facts from several independent and reputable mainstream publications and experts.

As a result, the horrific human rights abuses of illegal and classified experiments in the US and Russia continuing to this day are becoming public knowledge.

“Associate Editor Dr. Stefan Possony discusses how scientists are facing the prospect of messaging directly into a target mind. Whither psy-war?

Suppose it becomes feasible to affect brain cells by low frequency waves or beams, thereby altering psychological states, and making it possible to transmit suggestions and commands directly into the brain. Who is so rash as to doubt that technological breakthroughs of this general type would not be put promptly to psyops use?

More importantly who would seriously assume that such a technology would not be deployed to accomplish political and military surprise? A few years ago there was much excitement about the Soviet microwave “bombardment” of the US Embassy in Moscow.

Why did the KGB, then under Yuri Andropov’s leadership, embark on this seemingly scurrilous – and very prolonged – effort? There was no answer to this question, except that the KGB must have wished to harass US diplomats and cause them to worry about their health. This theory was never convincing.

The question was raised whether the Soviets had discovered a technique of using microwaves for psychological purposes, and whether they were experimenting with this technique on US specialists on the USSR, unwittingly pressed into Soviet service as guinea pigs. Impossible, replied the State Department, the waves cannot break through the blood-brain barrier, and thermal effects are so negligible that the body would not be affected.

Nevertheless, embassy personnel were indemnified for health damage. By 1979, at the latest, it was known that electromagnetic fields raising body temperatures less than 0.1 degrees Celsius may result in somatic changes. It was most surprising that such a trivial temperature rise was having any effects, and even more astonishing that those effects were significant. Chemical, physiological and behavioral changes can occur within “windows” of frequency and energy continua.

Another is at the level of the human electroencephalogram (EEG), which is in the range of extremely low radio and sound waves, around 20 Hertz. Let us cut the story to the minimum. The original model, according to which the blood-brain barrier cannot be broken, was derived from the axiom that electromagnetic waves interact with tissue in a linear manner.

However, it turned out that the molecular vibrations caused by a stimulating extracellular electromagnetic field are non-linear. In the US, the pioneering work seems to have been done by Albert F. Lawrence and w. Ross Adey, writing in Neurological Research, Volume 4, 1982.”

Why the public is in the dark about electromagnetic weapons

With the break up of the Soviet Union in 1989, US declassify and promote non-lethal EMR weapons which have been classified since the 1960s. Several mainstream Soviet press articles claim Russian top secret and massive mind control technology program in chaos.

A serious public issue: control of your mind is a classified military capability – Electromagnetic weapons: concerns and warnings by human rights experts

Allegations of nonconsensual experimentation, illegal foreign and domestic intelligence operations and illegal military use of new weapons of mass destruction

People are born with the innate desire to survive, but sadly, many in our increasingly dependent society look to others for relief and assistance following a disaster. The fact is that help from government, family, or neighbors is often unavailable when needed most, and in the end you may have only yourself to count on. Do you know what to do and how to do it if disaster strikes? . If you have ever wanted to produce your own cheaper than dirt survival food…this is going to be the most important message you will ever read.

Unclassified information supports victim claims including mind reading, manipulation of emotions and memory, forced dreams and visual hallucinations, microwave hearing, post hypnotic suggestions implanted subliminally and very sophisticated technology such as seeing through the eyes of the victim, as a camera can see.

A serious public concern: Control of your mind is a classified military capability

In addition, the US government declassified some of their 40 year old classified EMR non-lethal weapons and began to promote them to the public.

This information coupled with the fifty year history of the East/West scientific dispute over non-thermal  bioeffects is evidence of an East/West mind control arms race. The US and Russian governments admit that mind control technology is classified. The Russian and US victims of illegal mind control programs have clear proof of government involvement and motive.

The growing and already massive program of alleged, illegal experimentation and the use of mind control on the unsuspecting public is a serious human rights issue in need of a thorough and impartial investigation.