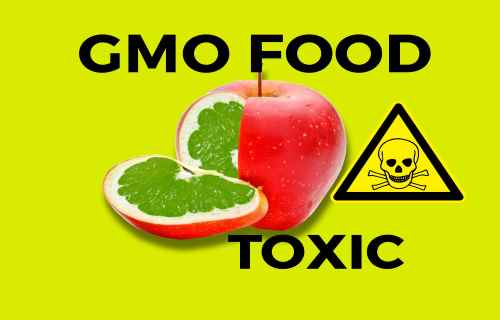 What is GMO/Genetically Modified Food?

“GM”, “GMO” and “genetically modified” is the result of a laboratory process of taking genes from one species and inserting them into another in an attempt to obtain a desired trait or characteristic, hence they are also known as transgenic organisms. This process may be called either Genetic Engineering (GE) or Genetic Modification (GM); they are one and the same. In reference to food, it usually refers to crops that have had their DNA modified in such a way as to make them resistant to the systemic herbicide RoundUp or to create their own pesticide. This is not the same as hybridizing or selective breeding. Another phrase for the technology used to create GMO food is “recombinant DNA technology.”

Is GM an extension of natural plant breeding?

No. Natural reproduction or breeding can only occur between closely related forms of life (cats with cats, not cats with dogs; wheat with wheat, not wheat with tomatoes or fish). In this way, the genes that offspring inherit from parents, which carry information for all parts of the body, are passed down the generations in an orderly way. GM is not like natural plant breeding. GM uses laboratory techniques to insert artificial gene units to re-programme the DNA blueprint of the plant with completely new properties. This process would never happen in nature. The artificial gene units are created in the laboratory by joining fragments of DNA, usually derived from multiple organisms, including viruses, bacteria, plants and animals. For example, the GM gene in the most common herbicide resistant soya beans was pieced together from a plant virus, a soil bacterium and a petunia plant. The GM transformation process of plants is crude, imprecise, and causes widespread mutations, resulting in major changes to the plant’s DNA blueprint1. These mutations unnaturally alter the genes’ functioning in unpredictable and potentially harmful ways. Adverse effects include poorer crop performance, toxic effects, allergic reactions, and damage to the environment.

Some things that have been done are:

Proponents of GM food continue to claim they are safe but virtually all labratory testing has shown evidence of serious health problems resulting from consuming GM food.

No testing on humans has really been done. The American Academy of Environmental Medicine (AAEM) released its position paper on Genetically Modified foods stating that “GM foods pose a serious health risk” and calling for a moratorium on GM foods. Genetic engineers continually encounter unintended side effects – GM plants create toxins, react to weather differently, contain too much or too little nutrients, become diseased or malfunction and die. When foreign genes are inserted, dormant genes may be activated or the functioning of genes altered, creating new or unknown proteins, or increasing or decreasing the output of existing proteins inside the plant. The effects of consuming these new combinations of proteins are unknown. Some known effects of consuming GM foods have been consistent. Several animal studies indicate serious health risks associated with GM food consumption including infertility, immune dysregulation, accelerated aging, dysregulation of genes associated with cholesterol synthesis, insulin regulation, cell signaling, and protein formation, and changes in the liver, kidney, spleen and gastrointestinal system.

Multiple animal studies show significant immune dysregulation, including upregulation of cytokines associated with asthma, allergy, and inflammation. Animal studies also show altered structure and function of the liver, including altered lipid and carbohydrate metabolism as well as cellular changes that could lead to accelerated aging and possibly lead to the accumulation of reactive oxygen species. Changes in the kidney, pancreas and spleen have also been documented. A recent 2008 study links GM corn with infertility, showing a significant decrease in offspring over time and significantly lower litter weight in mice fed GM corn. This study also found that over 400 genes were found to be expressed differently in the mice fed GM corn. These are genes known to control protein synthesis and modification, cell signaling, cholesterol synthesis, and insulin regulation. Studies also show intestinal damage in animals fed GM foods, including proliferative cell growth and disruption of the intestinal immune system.

So the answer is no. GMOs are not safe.

Today is your chance to be part of saving our ancestors’ lost ways. I wanted to make this information available to every family out there without having to spend years of their lives or thousands of dollars.

So I came up with this great idea to edit all my manuscripts and to turn all this lost knowledge into one of the greatest books of this century:

What foods are GMO?

GM crops in the U.S. include soy (94%), cotton (90%), canola (90%), sugar beets (95%), corn (88%), Hawaiian papaya (more than 50%), zucchini and yellow squash (over 24,000 acres). Soy, corn, canola and cotton are in almost all processed foods. Products derived from the above, including oils from all four, soy protein, soy lecithin, cornstarch, corn syrup and high fructose corn syrup among others. If it does not say “cane sugar” on the label, chances are it was made from sugar beets, which are GMO. Also meat, eggs, and dairy products from animals that have eaten GM feed (and the majority of the GM corn and soy is used for feed), dairy products from cows injected with rbGH (a GM hormone), food additives, enzymes, flavorings, and processing agents, including the sweetener aspartame (NutraSweet®), rennet used to make hard cheeses, and honey and bee pollen that may have GM sources of pollen.

Why won’t they label GMO foods?

The companies that make GMO foods know that people don’t want to eat them. They know that if a label says something is GMO, people will not buy it. They resist labeling because they realize that once people see the food is GMO, they won’t want it anymore. The government has unbelievably sided with these companies over this and has not required them to label food as GMO. They also built a deregulation rider into some recent legislation which has in effect given these companies immunity from any government action should their GMO foods prove to be toxic or somehow dangerous. This is ridiculous and unfair to all the people who are eating these biological wildcards without even knowing it. Part of the reason for this is that many people who worked at Monsanto are now employees of the federal government.

How can I avoid GMO foods?

Buy local. Eat organic. 100% organic. The USDA allows the label of “organic” for foods containing up to 30% GMO, but the label “100% organic” can only apply to foods that are 100% organic. Grow a garden using heirloom seeds. You want beef that has been “pasture raised” and “pasture finished.” Chicken, pork and other meats should be fed soy-free feed or non-GMO feed. Remember, most soy and corn that is GMO is used in animal feed. Spread the word. Barter or trade if you have to. GMO foods are essentially poison for the poor and the ignorant. The rich people – including our government – do not eat GMO food. The cafeterias at Monsanto facilities do not serve GMO food. There is a reason for that. You may not be rich but you can be smart. Check labels. Your health depends on it.

So if you want to avoid GM foods just be aware what you eat. Let’s make it easier for you I’ll give you 6 tips:

2. Read product labels. Avoid additives like Lecithin, Sorbitol, Citric acid, Dextrose and maltodextrin. Those compounds are often made from GMOs.

4. Be aware of meat and diary products. Farm animals are being fed with GM feed. Therefore milk, eggs and meat could contain Genetically modified organisms.

5. Avoid Milk it is not healthy anyway. Milk contains number of hormones which are actually damaginf your body. Milk has negative effects on human health due its pro-inflammatory, allergenic, carcinogenic properties etc.

6. Always buy organic in order to stay healthy and to enjoy your life. Protect enviornment and buy only organic food and products with non GMO ingridients.

If something contains corn, soy, sugar beets (as in, not cane sugar), papayas, zucchini, cottonseed, canola, corn, rapeseed, soybean or vegetable oil, it is probably largely GMO and should be avoided. Same with everything dairy. Sounds easy at first, until you look at labels and realize that

EVERYTHING contains these things and usually more than one of them. Most things contain corn, soy, sugar made from sugar beets and any of the assortment of oils listed above. Check for yourself the next time you go to the grocery store. It is in EVERYTHING.

You may have seen the label or claim “GMO FREE” on something. This claim cannot really be supported by science or legally. The best you can be assured of that something does not contain GMOs at that time and will be tested periodically to make sure it does not become contaminated. The NON-GMO Verified Project has public standards and claims to be the only 3rd party verification organization. They provide a seal for products to display. This is a loophole in the labeling wars.

What about meat? For chicken, ducks and rabbits you want to look for poultry fed organic grain or soy-free grain feed if you can find it. You want chickens that are not given antibiotics, hormones or anything that is not natural. The chicken should not be humongous; chickens are small birds and these 5lb breasts off of chickens are absolutely not natural or normal. Here we can havethe  Information within these chapters includes various methods and techniques for managing and curing hundreds of ailments, as well as for maintaining a healthy constitution year-round. It is not only the right size and natural, the taste is fabulous!

For pork, it is about the same as poultry. For beef, you want grass-fed and pasture-finished. No antibiotics, no hormones, no steroids.

Your local farms are a great way to eat organic. Check out Meat4All and see what’s near you. As you can see from the picture, Farm Match is very helpful in helping you decide which farm would be best to visit. The silver apple by the farm’s name means they are certified organic. 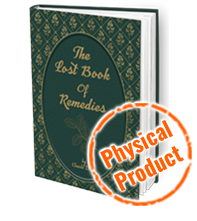 Books can be your best investment.

Here’s How to Use a Scythe