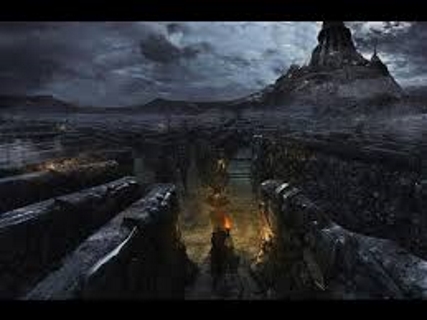 In the first half, editor-in-chief of Tarcher/Penguin Books and well-known voice of esoteric ideas, Mitch Horowitz, discussed how some powerful world leaders have used the occult as well as various divination techniques and rituals. “Interest in the occult among people who are part of the power elite… usually it tends to be personal proclivity, you find it in the personality and the practices of the individual,” he said.

During Bill Clinton’s first term, Hillary Clinton welcomed Jean Houston to the White House for what The Washington Post reported were séances to contact Eleanor Roosevelt, Horowitz revealed. Psychic Jeane Dixon, who many believe predicted the death of John F. Kennedy, had an oval office sessions with Richard Nixon, he continued, noting how Dixon also provided astrological advice to the Reagans.

Horowitz shared some strange episodes in U.S. presidential history, including Andrew Johnson commuting the death sentence of a sailor convicted of murder and rumored to have been a vampire, Jimmy Carter instructing the CIA to use psychics from Operation Stargate to find a downed Soviet spy plane, and Teddy Roosevelt learning from his hunting guide about a deadly encounter with a Bigfoot-like creature in The Dakotas.

Horowitz traced the occult roots of the Bush family. “The first prominent Bush in America was a mystical spiritualist minister, the Reverend George Bush, who in the mid-nineteenth century was famous for defending psychics, séances, mediums,” he explained. Reverend Bush even attended a séance with famous writer Edgar Allan Poe, he added. Horowitz also commented on recent news about a team of Navy SEALS retrieving an esoteric encyclopedia, The Secret Teachings of All Ages, from Osama bin Laden’s compound. The terrorist leader probably thought he’d learn about the secret fraternities that had a hand in establishing America, he suggested.

During Open Lines, a caller from Australia told George about the time he encountered a boy who claimed to live in his house. According to the caller, the appearance of his house and the surrounding area changed when the boy pointed him towards it. “It’s like he took me to another world,” the caller said, explaining how he thought the boy (and what he saw) was from another dimension. Greg in Des Moines, Iowa, reported seeing strange anomalous shapes on his employer’s security camera. According to Greg, two nights ago he asked a colleague to patrol the area and watched as a black form followed him around. “He told me he saw like a white flashing light with his own eyes, Greg said, noting the blob vanished when his co-worker left the area. Jeff from Culver City, California, shared his belief that politicians actively participate in the occult. He suggested Hillary Clinton made a deal to become president after Barack Obama.(source)