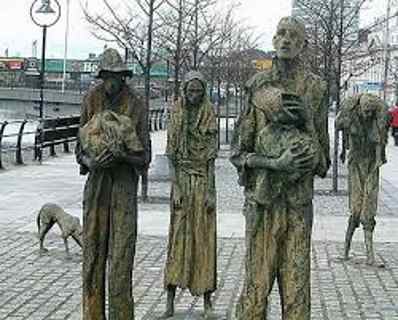 10 Worst Disease Outbreaks of the Century

From the Black Plague in the Middle Ages to the HIV/AIDS epidemic affecting the 21st century, the weirdest diseases have a way of making their way across the world. Some weird diseases result in mass deaths while others hit individuals in rare circumstances. Others including the world’s worst skin diseases have left the world plagued by scars and bad memories. Here are the top 10 Worst Diseases that have left a lasting impression on humanity.

Today this is one of the most interesting diseases because of its reemergence on a global scale. The recent outbreaks of Ebola that have spread from Africa to North America have everyone in a panic. This is mainly because of the lack of medical knowledge being spread among U.S. medical staff on how to contain and manage patients with the worst disease ever to strike the world in 2014. After all, this disease is historically been contained on the African continent. According to the World Health Organization, the Ebola virus first came to be in 1976 when Zaire and Sudan experienced outbreaks. It is a zoonotic virus that has devastated lowland gorilla populations in Central Africa. Worse yet, there has yet to be a way to contain the virus, leaving it to spread like wildfire. Those who contract Ebola have a 80 to 90 percent chance of dying often due to organ failure or hypovolemic shock, as symptoms of the disease. Other symptoms of Ebola include diarrhea, malaise, fever and bleeding both internally and externally.

HIV, the human immunodeficiency virus, and AIDS, the acquired immune deficiency syndrome, is one of the most devastating and bad diseases to strike humankind in the modern era. First associated with being spread among those in the gay male community, it is since been discovered to be transmitted through HIV containing bodily fluids including blood, breast milk, preseminal fluid, semen and vaginal fluid. HIV is a virus that cannot be cured, but there are several treatment options available for patients due to decades of extensive research. AIDS is the latter stage of HIV, and it occurs as a result of immune system damage resulting from HIV. The majority of patients of AIDS die due to associated infections and tumors that are the result of the disease’s effects on the human body and internal system. The way to transmit HIV or AIDS is through sexual contact in the form of oral, vaginal or anal, as well as through blood transfusions or the use of contaminated needles. Mothers can transmit the virus to babies through breastfeeding, pregnancy or childbirth. While the virus is believed to have come from Sub-Saharan Africa, where 70 percent of the total cases of HIV were reported in 2013 as noted by the CDC. It is now a global pandemic with more than 35 million HIV affected individuals as of 2013.

By far the worst disease to affect the world in the colonization of the Western Hemisphere, smallpox is believed to have destroyed the majority of the Native American and Pre-Columbian Southern American populations. Indian tribes contracted it from the Pilgrims, and the Spaniards passed it along to the Mayans and Aztecs, resulting in the colonization of these continents. Today smallpox is little more than a history lesson that is known for creating weird skin conditions in the form of pox, as it has been completely wiped off the earth as the only virus to have been completely destroyed. However, for those a few hundred years ago, if contracted, it could cause death in 30 out of 100 victims. Effects of smallpox includes tell-tale scars often on the faces of victims due to pox marks. Infertility among males who survive from smallpox, as well as blindness among many survivors, are the results of smallpox. In the 18th century the virus killed approximately 60 million people in Europe including five of the monarchs as the reigned on European thrones.

Travel to African, Asian and American regions that are tropical or subtropical requires the prevention of malaria. Of the list of strange diseases, malaria continues to be one of the most threatening. According to the CDC this is a mosquito-borne virus that affects more than 515 million people annually. It kills the majority of its victims in the Sub-Saharan region of Africa where treatment is lacking and malnutrition is rampant. As one of the strangest diseases of the modern day, there exists a serious public health crisis stemming from malaria. In fact, there has yet to be a vaccine developed that will prevent malaria. Preventative drugs can be taken, but are difficult and expensive to come by for those living in highly susceptible regions.

Cholera continues to threaten the lives of humans, with reports of outbreaks in Mexico as recently as in 2013 according to the CDC. On the list of bizarre diseases, cholera strikes by causing extreme diarrhea. It can be fatal within 2 to 3 hours after symptoms set in due to its hypotensive nature, if left untreated. Cholera is shared via water and food that has been contaminated with the virus. In typical scenarios the disease causes diarrhea in 4 to 12 hours after contamination followed by death within as few as 18 hours if rehydration treatment is not provided.

Referred to as polio, poliomyelitis is the result of a virus spread from individuals via the mouth and through fecal matter. The biggest issue with polio is that it can lead to a variety of strange symptoms if it gets into the individual’s blood stream. For less than 1 percent of polio victims, they will experience the virus in their central nervous system. Once there, it will cause muscle weakness and paralysis by destroying motor neurons.

Influenza, aka the flu, is passed from mammals and birds. There are several types of the flu including Avian flu and Swine flu, as well as stomach flu and the 24-hour flu. Those who contract this nasty virus can be infected again due to the virus being airborne and highly contagious for weeks after it is first contracted. Symptoms of the common seasonal flu, which often strikes from October to January for the Northern Hemisphere, or during the winter months, is a fever, muscle pain, weakness, headache and sore throat. Specific types of the flu have certain symptoms, such as the stomach flu that causes diarrhea and vomiting. Young children and the elderly are most susceptible to the resulting pneumonia, which is often associated with the flu due to the weakening of the immune system. In these cases, fatalities are not uncommon.

Before smallpox, the Black Plague or Black Death struck the Eastern Hemisphere from Europe to Asia. It was one of the most devastating and unusual diseases to wreak havoc on humanity. After all, it was spread by rats who carried fleas with the virus, which would bite their victims and leave them believing that some sort of evil or witchcraft was at play. During its onset in the late 1340s to the time the disease died out, it killed more than 75 million humans across the globe, including up to two-thirds of the population of Europe.

When tuberculosis strikes, symptoms of heavy sweating, fever, excessively thick mucus, weight loss, and fatigue accompany this virus. Among the list of crazy diseases, TB ranks at the top. As a bacterial infection, tuberculosis spreads directly into the lungs where it can cause the infected person to be unable to breathe unassisted. It can also spread into other organs. Some people who are affected can go for years without seeing symptoms due to the virus being stagnant. However, those who are already experiencing a weaker immune system, such as those with HIV/AIDS, the elderly, infants and those in chemotherapy, are more likely to die from TB contraction. Other risk factors for this one of not so cool diseases is living among unsanitary conditions or having a poor diet.

The full name for COPD is chronic obstructive pulmonary disease. It is a leading killer around the world, and it is a type of lung disease. A result of smoking tobacco or exposure to toxic fumes or gases is the most common reason for COPD. The most common problem with victims of COPD is chronic bronchitis, which creates heavy mucus and difficulties with breathing often associated with chronic coughing. The latter and worst case scenario is that the person contracts emphysema, a disease that destroys the lungs and leads to death. While not everyone who is exposed to smoke or gas fumes will get COPD, this is one of those weird genetic disorders that will strike some people as a result of family history and genetics.